Inflation has been running too hot for too long, pushing the U.S. economy closer to a “cost-of-living crisis,” economist Mohamed El-Erian told CNBC on Wednesday.

Inflation is showing no signs of slowing down, making it harder for workers to make ends meet.

The Consumer Price Index increased 8.3% from a year ago, higher than the 8.1% estimate, according to the U.S. Bureau of Statistics.

Although it was down slightly from the March peak, inflation is still growing at the fastest annual pace in about four decades.

Rising prices are putting household budgets in a vise.

“Rising prices are putting household budgets in a vise,” said Greg McBride, chief financial analyst at Bankrate.com. “Price increases are widespread, but look at food and shelter — which together account for 40% of the weighting in the CPI and more than that for many households.”

Inflation has now hit a 40 year high. These rates haven’t been seen since Dec 1981. 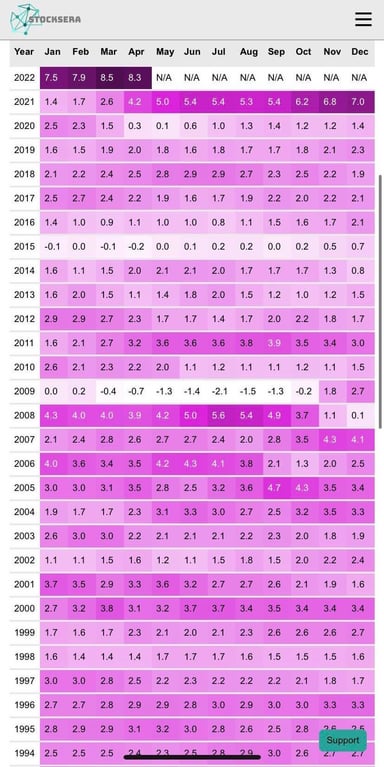 Inflation hasn’t been this high since Jimmy Carter’s administration. It’s looking more plausible by the month we may be looking at double digit inflation unless Biden – or I should say his handlers – get their shit together urgently. Inflation is something both sides eventually come to a consensus on outside of Washington. This should be the marches and demonstrations in the streets. Instead it’s Roe V Wade being overturned is worse than the bombing of Pearl Harbor.

Biden starts SCREAMING about food shortages… which are currently happening under his administration pic.twitter.com/jrq48bGb6u