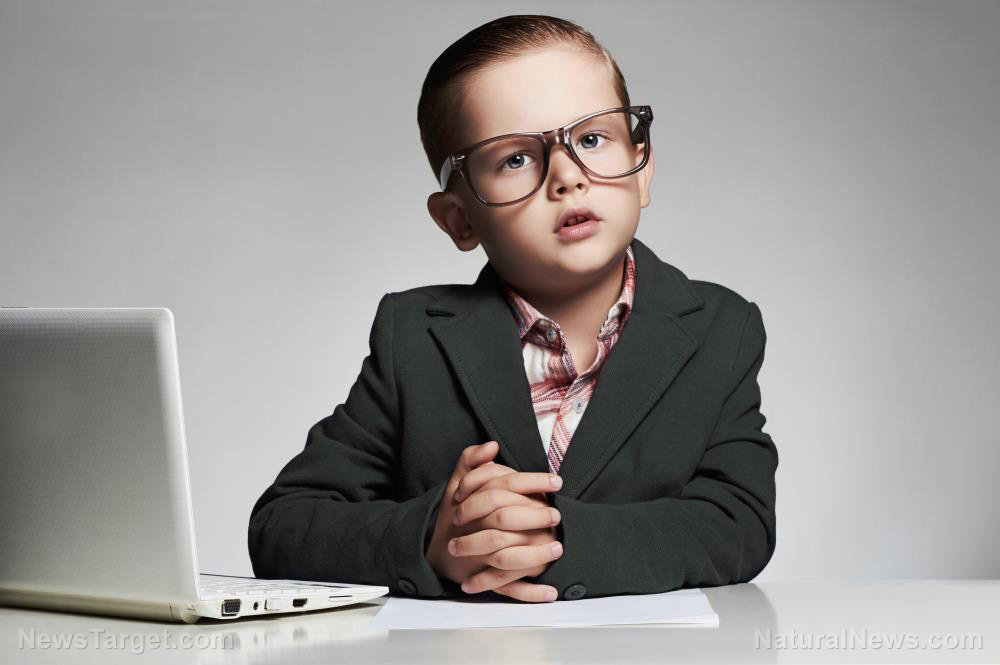 (Natural News) If you think you’ve been seeing a lot more kids with glasses lately than you have in the past, it’s not just your imagination: A record number of young people are being diagnosed with nearsightedness – and excessive screen timeappears to be the culprit.

Nearsightedness, or myopia, currently affects 40 percent of North Americans, with the number of cases doubling between 1972 and 2004 and continuing to climb at rates being described as “epidemic.” In Europe, the rate of myopia among those aged 25 to 29 is 42.2 percent, which is nearly double the rate of those aged 55 to 59.

It can be tempting to think that nearsightedness isn’t a big deal and that it can be easily corrected with glasses, but a high degree of myopia can raise the risk of serious ocular health disorders significantly. For example, the risk of glaucoma is 40 times higher, while the risks of cataracts and retinal tearing are 6 and 21 times greater respectively. That’s because the eye stretches in proportion to the degree of myopia a person has, causing the retina to thin and potentially crack.

While genetics can be a factor in myopia, the environment a child lives in plays an even bigger role, and that’s why all the screen time kids are notching up these days can have such a big effect on their vision. Since smartphones were introduced in 2007, vision problems have been climbing, due largely to the fact that users must read their screens at a close distance. The short blue light wavelengths emitted by such devices are particularly damaging to eyesight, and longer use naturally causes greater problems.

On top of that, young people who are glued to their screens aren’t spending time outside, which means they are missing out on the protective effect that daylight has against myopia. Experts recommend that children get at least 45 minutes of daylight each day, whether it’s from participating in sports or simply exposure they get while walking to school. They should also limit their screen time to an hour or less, taking two-minute breaks every half hour or so. Those under two shouldn’t use electronic devices at all.

Devices hurting children’s creativity as well as their vision

Of course, there’s another type of myopia that children are suffering from when it comes to using electronics devices, and that is the intellectual nearsightedness and lack of imagination that using such technology can foster.

When kids are using technology, their brains are occupied, which means they’re spending a lot less time daydreaming and imagining. It is during those moments of downtime without distractions and boredom that our brains tend to be their most creative. Kids who never have to come up with a way to entertain themselves cannot reach their full potential. On top of that, they’re being fed whatever the tech giants allow them to see – often through a very biased lens – and not coming up with their own questions about life.

A study of 800 phone users showed that simply having a smartphone in their proximity can reduce a person’s cognitive capacity – even if said phone is switched off! The researchers likened them to “brain drains,” and we’re only beginning to grasp the repercussions.

While the obvious solution to this problem is taking away your children’s devices, that advice isn’t always practical. However, you can institute an electronics “day off” once per week. It’s also important that your children’s screen time is consolidated. For example, if you’ve decided that a half hour per day is acceptable, have them use the full 30 minutes at once rather than checking in for 5 minutes here and there throughout the day.

Don’t let your kids lose their sight and their creativity. Keep their screen time under control, and make sure they get plenty of time outdoors and away from distractions so their creativity can soar.