But we already knew that.

The UK government just reported the following data, tucked away in their report on variants of concern:

Less than a third of delta variant deaths are in the unvaccinated.

Let me say that another way – two-thirds of Delta deaths in the UK are in the jabbed.

From the 1st of February to the 2nd of August, the UK recorded 742 Delta deaths (yes, the dreaded Delta has not taken that much life).

The report is here.

But this is the crucial page. Look at the bottom line. 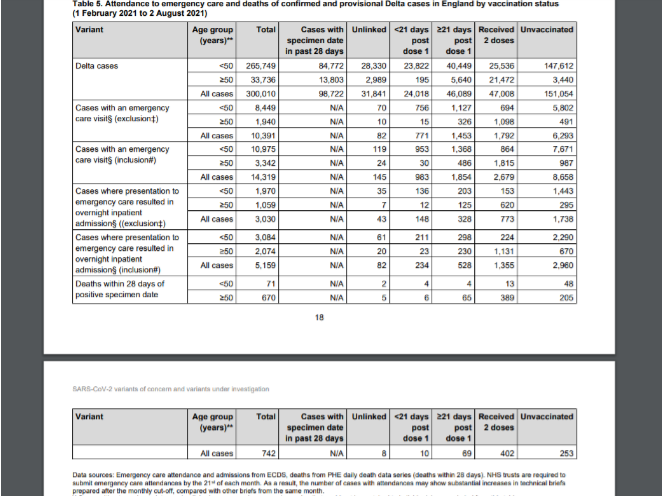 The powers that be are already acknowledging that the vaxx doesn’t work, yet they are asking for booster shots ad nauseam. Why?

The variants conspiracy is an excuse for why the vaccines don’t work, which they knew from the start because 1) you can’t make a vaccine for the common cold (coronaviruses) and 2) everything is about imposing a Panopticon control grid over the West.

This is not about health, but full technocratic control. Slavery, on short.