The Watertown Police Department said Tuesday it is conducting an investigation into allegations that Charisse Daniels, a Democratic candidate for Assembly, forged signatures on nomination papers.

State Republican Party officials filed a complaint on Monday with affidavits from 15 people denying that they signed Daniels’ nomination papers. Five more said their signatures were forged and would attest to the fact. Seven others said the same but wouldn’t sign a sworn statement or promise to testify.

There were problems with three other signatures, including one that listed an address that was a vacant lot.

The Journal Sentinel first reported on the complaint filed with the Elections Commission.

Michael Maistelman, an elections attorney representing Daniels, said he expects the first-time candidate to make it on the fall ballot.

“We are gathering the relevant details now and will present them to the Elections (Commission) and local officials,” Maistelman said in a statement. “We expect that this issue will be resolved and my client is looking forward to facing the voters on the ballot this fall.” 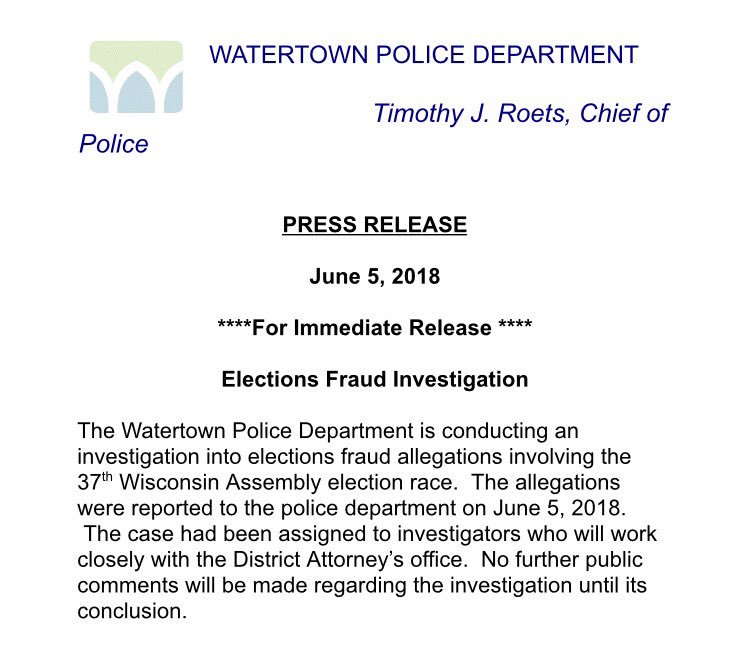 Patrice Walter, an occupational therapist from Watertown, said Tuesday that she was one of the 15 people who signed affidavits saying their signatures were forged on Daniels’ nomination papers. Walter said she had never heard of Daniels until now.

See also  Bannon: Arizona is the least egregious of the election fraud, but the most egregious and easiest to prove is Wisconsin.

Walter said she is happy that the police are looking into the matter.

“If she’s forging my name and a bunch of others, something should be done,” Walter said.

Daniels, 29, of Watertown, is running for the 37th Assembly District. Before the complaint was filed, the state Elections Commission had determined that Daniels submitted 201 valid nomination signatures to get on the fall ballot. Assembly candidates are required to file at least 200 signatures.

The seat is held by state Rep. John Jagler, a Watertown Republican. No other candidates registered for the seat.