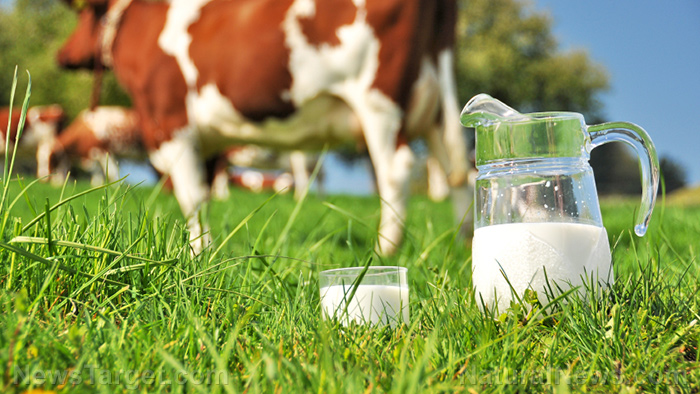 (Natural News) Thinking of going organic? Here’s one of the things you can get: more “healthy” fats. Evidence shows that organic milk and grass-fed meat contain 50 percent more omega-3 fatty acids than conventional milk and grain-fed meat. These findings are based on literature reviews of existing data from 67 studies on meat and 196 articles on milk – both reviews were published in the British Journal of Nutrition.

The researchers investigated the differences between conventional and organic milk and meat. They assessed the fatty acid composition and levels of antioxidants and minerals of both versions of milk and meat.

The findings of the review showed that grass-fed animals raised outdoors consistently produce meat and milk that contain higher amounts of fatty acids like omega-3s and lower in harmful compounds that cause chronic diseases, such as autoimmune disorders. Researchers found as much as 50 percent more essential omega-3 fatty acids in both organic milk and meat compared to their conventional counterparts. Organic meat also contains lower levels of saturated fats, which are generally unhealthy, while organic meat has 40 percent more linoleic acid and slightly higher amounts of iron, carotenoids, and vitamin E. (Related: Research indicates that organic milk has more health benefits than conventional milk.)

Things healthy fats can do to your body

Why are omega-3 fatty acids important? They offer a lot of health benefits, including:

Other benefits you can get from eating organic foods

Other than getting more healthy fats, you can also get more nutrients from organic foods. Organic foods contain higher levels of polyphenols compared to conventional foods. Polyphenols are beneficial plant chemicals found in many foods, such as berries, red grapes, and other organic produce. Some polyphenols have antioxidant properties, which can neutralize potentially harmful products of cell activity. Some studies also suggest that they may have anti-cancer and anti-inflammatory properties. Other studies also show that organic foods, such as fruits and vegetables, contain higher levels of vitamin C, calcium, iron, chromium, and magnesium.

Another benefit of eating organic foods is that they are most likely free of chemicals. In a review published in the journal Annals of Internal Medicine, researchers found that organic foods were 30 percent less likely to contain detectable levels of pesticide residues than conventionally-produced foods.

Read more news stories and studies on the health benefits of eating organic foods by going to Organics.news.