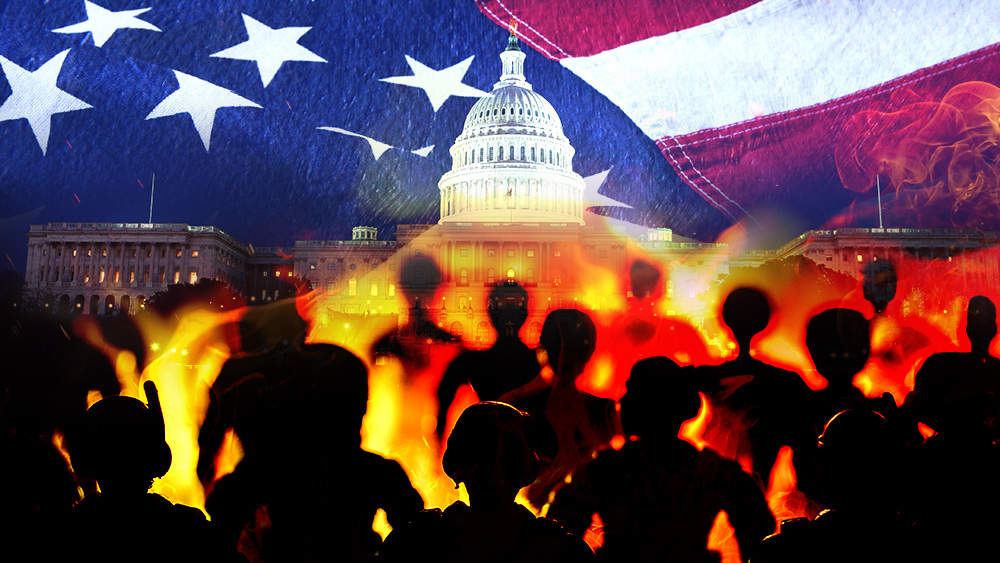 (Natural News) Wherever you are in the world, the news is about the same things: protests and riots, environmental crises, civilians that express their frustrations on social media, and governments that couldn’t care less. At this rate, civil and political unrest will soon uproot the global, industrial civilization. Will you be able to adapt to such drastic changes? (h/t to SurvivalSkills.guide)

To know what the future looks like, look to the past

Experts insist that the decline of industrial civilization has already begun, and its signs all echo the events that happened in the past, albeit with some differences.

Notice how every single civilization and empire in the past had collapsed – Chinese, Egyptians, Incas, Greeks, Mayans, Mongols, and Romans? These civilizations showed common “symptoms” or trends during their decline: the destruction of the natural world, depletion of crucial resources (water, fertile soil, forests, etc.), famine, overpopulation, financial crisis, inequality, social and political unrest, invasion or war, and disease.

Sound familiar? Indeed, these things are already happening today, and at an alarming rate. Our global industrial system currently has no room for expansion, the natural world is in crisis, and the logistics that keep our civilization running are now so complex that they are more fragile than ever.

Mega trends that signal the gradual decline of civilization

Experts warn that the world is much more likely to experience the effects of industrial collapse gradually rather than in one fell swoop. Different regions may experience different effects. The collapse may not impact everyone at the same time, and people may be affected in different ways depending on their social status.

The following trends are showing signs of convergence, which would most likely lead to a “snowball” effect – the cascading collapse of systems and whole industries. Isolating one of these converging crises would require huge amounts of effort and coordination to stabilize or reverse even one of them.

Despite ongoing efforts, the oceans become more acidic every year due to pollutants, and rivers become more polluted with human and household waste, industrial waste, and agricultural runoff.

The skies are not faring any better. The atmosphere becomes more polluted with emissions from transportation, factories, processing plants, and power plants.

As different industries progress and expand, they make drastic changes to the natural world that are proving to be more difficult to reverse as time goes on. The world is losing 18.7 million acres of forests annually – equivalent to 27 soccer fields every minute.

Natural landscapes are also being over-exploited: woodlots are cleared for agriculture; agricultural lands for suburban development; and suburbs for urban areas.

Water demand is increasing every year because of ever-expanding agriculture and oil extraction, which then lead to freshwater supplies and underground aquifers becoming more polluted with agricultural and industrial runoff. Fertilizers leaching nitrates can also make water unsuitable for drinking or irrigation.

The rapid growth and expansion of agriculture are also contributing to soil degradation, erosion, and salinization from chemical-heavy farming. Despite this, there are only a handful of crops being grown to feed the world, which may not be sustainable long-term. Weather events or crop diseases could have a massive impact on yields, leading to crop failure.

The growing population requires more food, but unlike in the past, when people could move to new land and cultivate new soil to boost food production, today, more than 98 percent of all land suitable for agriculture is either already in use or degraded beyond repair.

The agricultural stress will result in frequent spikes in food prices and food shortfalls in the poorest countries. In a society confronted with starvation, food may very well become a commodity as important as ammunition.

Modern civilization is extremely dependent on complex, fragile technologies like the electric grid and the internet. Few people remember how to function in a world without them. Because of technological escalation, our civilization has grown more and more complex and energy-dependent.

Automated algorithms are now embedded into things like the stock market, traffic, distribution systems, the power grid, etc. Worse, the internet and computer systems have become weaponized; cyber warfare and internet propaganda are on the rise. Social media bots and election meddling are just some examples.

Until very recently, the world’s population has skyrocketed: After the 1900s, human population exploded, courtesy of fossil fuels and synthetic fertilizers. As of 2018, the total global population is at 7.63 billion strong. By 2100, the U.N. estimates that the population will balloon to 11.18 billion, with 652.28 million consisting of children under the age of five.

Such a growth rate has disrupted the economic balance, significantly tipping the scales in favor of the wealthiest people in the world.

Industrial civilization has caused a mass extinction crisis with a rate 1,000 times higher than normal. Animal populations have been decimated by 60 percent since 1970.

“This loss is a direct result of human activity and constitutes a direct threat to human well-being in all regions of the world.” says a U.N. report on the accelerating rate of species extinction.

These mega trends are already in motion, eroding the very foundations of economies, livelihoods, food security, health and quality of life worldwide. TEOTWAWKI may just be beyond the horizon, so preparing yourself, your family, and your home for collapse is not just important – it has become imperative.