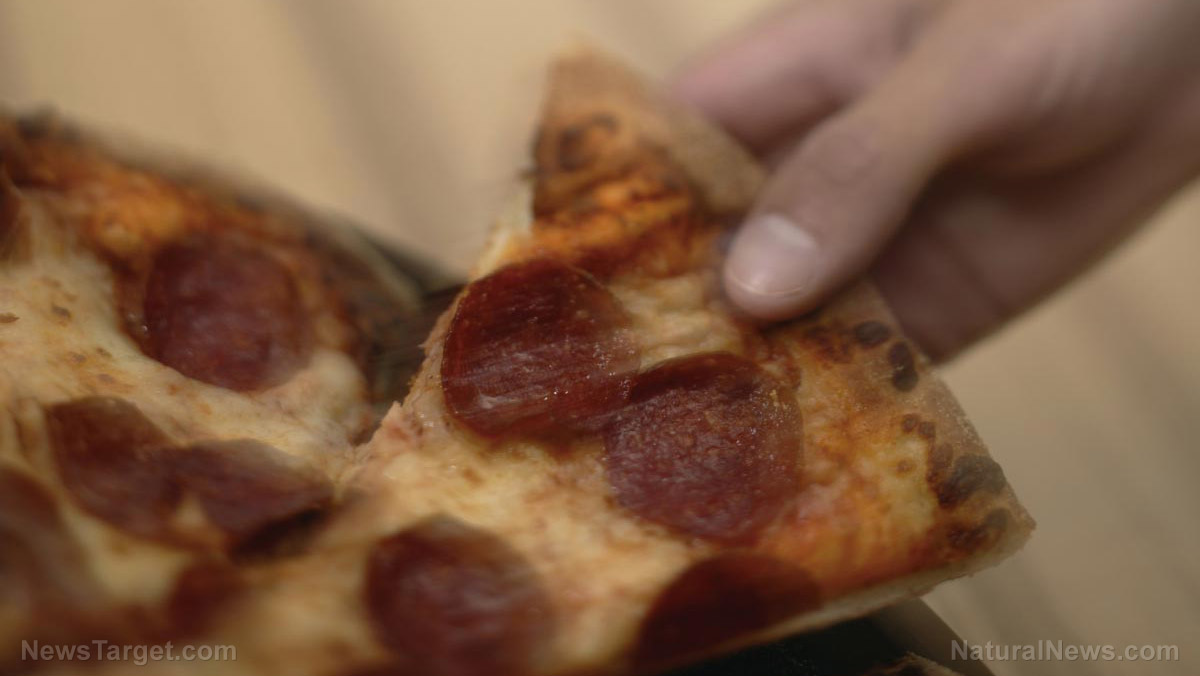 (Natural News) Yes, immediate gratification gets the best of most Americans and rears its ugly head after years of abuse, in the form of health maladies that no American medical doctor can seem to solve. “Fast food” has become the norm, and most people realize that Pizza Hut, McDonald’s, Burger King, Wendy’s, Arby’s, and all the rest of them – don’t try too hard to make any of their menu items “healthy.” Then came Chipotle, annihilating the whole fast food health stigma when they went completely Non-GMO, and now some others are trying to jump on the healthy fast-food bandwagon, including Pizza Hut.

Now, don’t go getting too excited. Pizza Hut has been bragging about their “commitment to quality food …” since 58 years ago, but “quality” dairy and meat products, well, those are kind of oxymorons, when you’re talking about animal fat clogging your veins and arteries, not to mention processed oils and bread conditioners, and we could go on and on. Then there’s MSG (monosodium glutamate) and partially-hydrogenated vegetable oils, which “The Hut” used to utilize in their secret formula for decades. Oops.

Still, Pizza Hut is making a concerted effort to appeal to health enthusiasts, and let’s face it, everyone needs the occasional break from the organic, “good for you” regime. We are talking about the pizza joint that serves and delivers more pizzas than anybody else on the green globe.

So, what have they done lately to make the pizza less bad for your body and brain, you ask? Here’s what. They removed bad things you probably didn’t even know or think about being in there:

What other toxic ingredients are in Pizza Hut Pizza?

How excited should you be about food that’s less poisonous than it was before? That’s like getting excited about canola oil since they reduced the acid in insect-annihilating rapeseed oil and then renamed it something more friendly. No thanks. That’s like getting excited about a vaccine the CDC removed mercury from, when you’re still getting injected with genetically mutated human abortion cells, aluminum, and formaldehyde.

But wait, Pizza Hut doesn’t use any fillers in their meat toppings, so off you go to grab some real meat that’s not colored red to pretend it’s fresh. Yes, they used to do that. Also, Pizza Hut doesn’t add any sugar to the marinara sauce, but what about in the sausage? Yep. And then there’s the GMO soybean oil in the “crispy crust” and sodium nitrate in the bacon. Watch out.

So hey, Pizza Hut, please make up your mind… are you “all-natural” or not? Are you hopping on or off that bandwagon, because we’re all really confused over here in the health food world (not really). Every fast food joint has a story to tell, and we’ve all heard it before. “It all started on a family farm….” Oh, but of course it did. I guess we’re not in Kansas anymore, Dorothy. Pizza Hut has over 16,000 stores in over 100 countries, and the obese fan club’s not getting any lighter or less brain-fogged.

Still, Pizza Hut is trying to impress the masses with their new piloted signature round pizza boxes. This is to be tested out at their Phoenix, Arizona location only though, so don’t go thinking Pizza Hut is single-handedly saving the whole planet from global warming. It’s probably just another little publicity push, like their plant-based sausage by the ever-not-so-healthy-for-you food stuff manufacturer “Morning Star.”

Wait, you mean Pizza Hut isn’t bringing back the old “hot dog stuffed pizza?” How disappointing. We sure will miss all those excruciating migraine headaches. Thanks Pizza Hut.

Tune in to FoodSupply.news for updates on more pesticide-pushing shills that pretend to care about people and the environment.