Let me be blunt: the fact that Youngkin won Virginia means nothing. He’s something of a Trump lite, an establishment Republican, and he isn’t going to do anything.

The party of managed decline will continue managing the decline.

Governor-elect @GlennYoungkin delivered a major win for Republicans and for Virginians. Looking forward to working with him to champion American values. #WonWithGlenn

When Pompeo praises someone, you know what the score is. 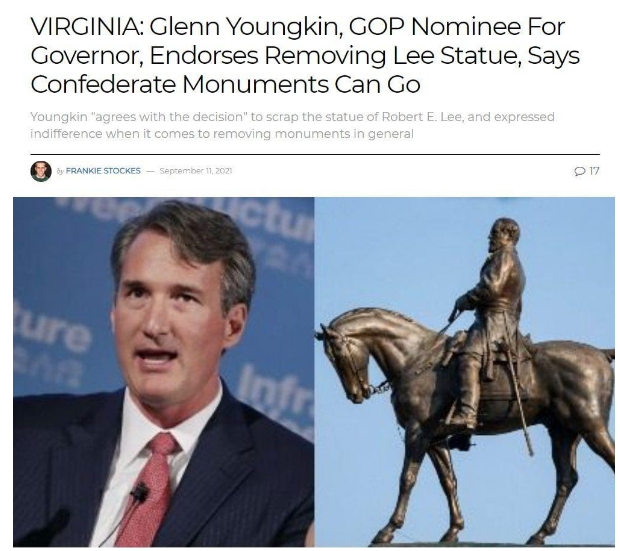 He was an executive at the Carlyle Group, haha. He’s basically a Ted Cruz style war and Wall Street Republican.

Youngkin’s victory was being propelled by parental anger at the school system, specifically at the teaching of anti-White ideology in class and the schools allowing mentally ill sexual predators to roam the halls and assault their children.

Youngkin has made nothing but vague references to those issues, while delivering a concrete plan to combat Anti-Semitism that no one in the voting public is asking for.

See also  Millions of men have dropped out of the workforce, leaving companies struggling to fill jobs: It's "a matter of our national identity. 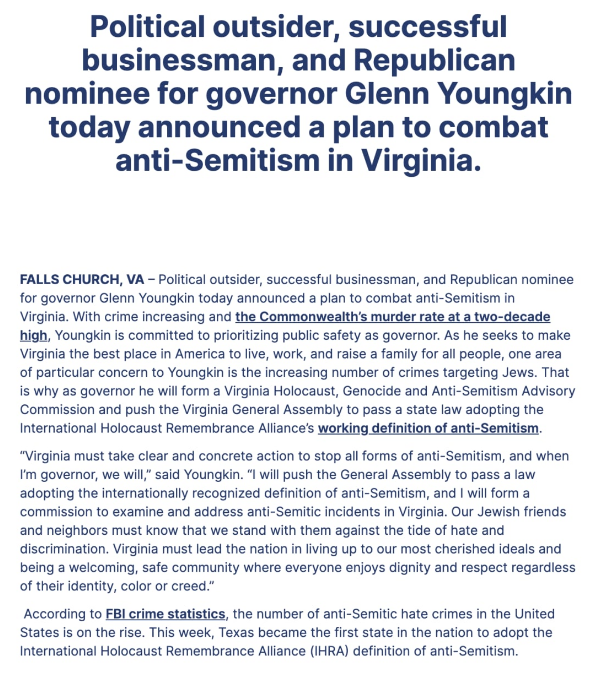 Youngkin’s victory was engineered in order to defuse the issue of the schools. The hope is that parents will think he is actually going to do something about what is going on in the schools and check out thinking the battle is won.

Not only will Youngkin not fix the problems, he will at best present no opposition and at worst just collaborate with the extremist Jewish and libtard elements that push the most vitriolic anti-White and gender ideologies and work to disarm the grassroots opposition to it from his own voters.

The only good news about this election is that Uncle Joe is much more unpopular than the media is admitting.

You must remember that all of the ballot counting machines use fractional vote methods; most are set on a 120% vote for the Democrat candidate and 80% for the Republican.

This is a conspiracy theory proven as fact when the machines in Michigan and PA were run through with test ballots.