And those are just the ones who admit it.

Need some backing for your cell phones don’t cause cancer or Monsanto is safe, or vaccines have never hurt anyone? There’s a lot places to get whatever you need, then you can spout the statistic like the gospel and the hivemind will worship you.

As the saying goes, “There are three kinds of lies: lies, damned lies, and statistics.” We know that’s true because statisticians themselves just said so.

The authors surveyed 522 consulting biostatisticians and received sufficient responses from 390. Then, they constructed a table (shown below) that ranks requests by level of inappropriateness. For instance, at the very top is “falsify the statistical significance to support a desired result,” which is outright fraud. At the bottom is “do not show plot because it did not show as strong an effect as you had hoped,” which is only slightly naughty. 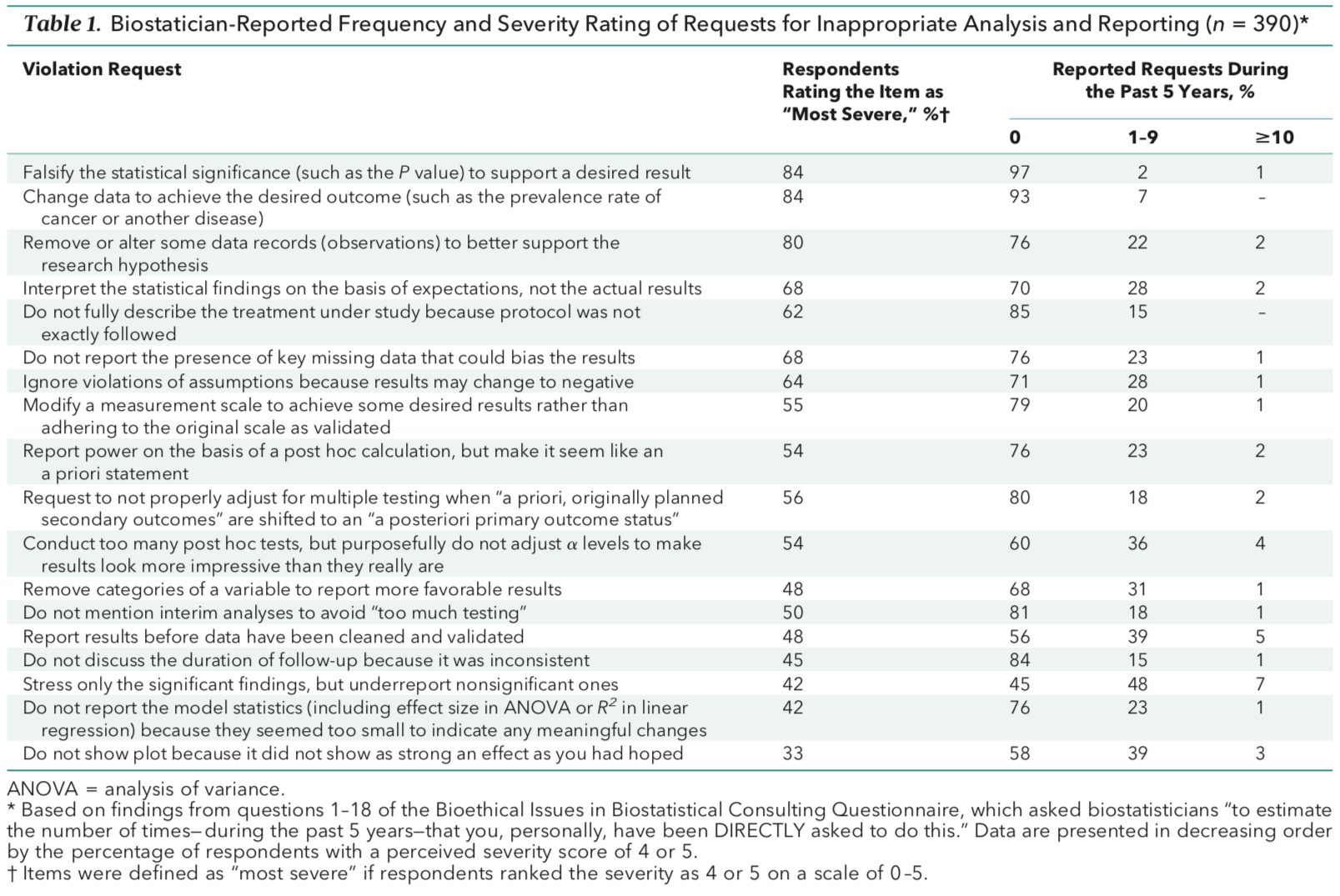 On the right, the authors report how often the biostatisticians estimated that they received such a request over the past five years. The results are jaw-dropping.

The absolute worst offense (i.e., being asked to fake statistical significance) occurred to 3% of the survey respondents. Another 7% reported being asked to change data, and a whopping 24% — nearly 1 in 4 — said they were asked to remove or alter data. Unequivocally, that is a request to commit scientific fraud.

Of the less serious offenses, 55% of biostatisticians said that they received requests to underreport non-significant results.

It’s quite remarkable that a scientist would have the audacity to ask another professional to fudge data. While there is simply no excuse for the egregious offenses (e.g., falsifying statistical significance), some of the other lesser offenses may not reflect maleficence but ignorance. Scientists often aren’t very good at statistics, and they may make inappropriate requests simply because they don’t know any better. The study didn’t tease that out.

Still, this study should serve as a reminder that the ongoing reproducibility crisis may have, at least in part, a more sinister explanation.