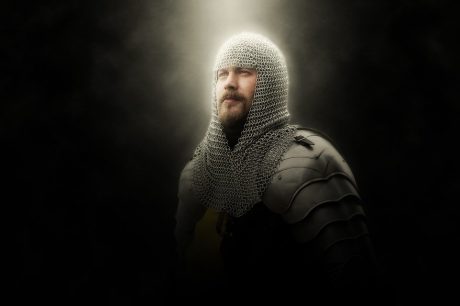 More than 50 years ago, God showed evangelist Tommy Hicks what the mighty army of the last days would look like. Hicks was best known for his work in South America, and you can see some old photos of him ministering during the Argentinian revival of 1954 here. According to Hicks, on the morning of July 25th, 1961 he was shown the same vision “three times, exactly in detail”, and what he saw changed the course of his life forever. In this vision God revealed to Hicks that the Spirit of God would be poured out on “the nobodies” all over the world in the last days, and that this incredible army would shake the world for God like we have never seen before.
I did not know about this vision until it was recently sent to me by one of my readers. Without knowing it, for years I have been proclaiming the exact same things that Hicks was shown. If you are familiar with my work, you already know that I can’t stop talking about the Remnant that will rise in the last days that will keep God’s commandments and walk in holiness, that will bring in the greatest harvest of souls the world has ever seen, and that will move in the power of the Holy Spirit like we haven’t seen since the Book of Acts.
Even though I was not aware of this prophecy from 1961 until just recently, it agrees with everything that I have been preaching. The following are 15 key points that I pulled out of his vision…
1. There will be an unprecedented move of God in the last days.
2. God is going to use “the nobodies” during this great wave of the Spirit that is coming.
3. There will be a great anointing on those that are ready to receive it.
4. Some will refuse the anointing of God and the call of God.
5. This move of God will happen in “Africa, England, Russia, China, America” and “all over the world”.
6. There will be great signs, wonders, healings and miracles.
7. Hicks was told by Jesus that this is the “mighty army” that will arise in “the last days”.
8. Spiritual “translation” will become common for those in this army.
9. There will be great famine in the last days. According to the UN, this is something that is happening right now.
10. There will be a tremendous harvest of souls as multitudes come to know Jesus.
11. “God is going to give to the world a demonstration in this last hour as the world has never known.”
12. The true body of Christ will finally function as it was originally intended.
13. A time of “great persecution” will strike as this mighty army is winning souls all over the world.
14. Hicks saw “great vials of God’s wrath being poured out upon the face of the earth” just after the rapture takes place. This lines up precisely with what I wrote in The Rapture Verdict about the timing of the rapture. In my book I detail how the rapture comes immediately after the seven year Tribulation period has ended, and just before the great vials of God’s wrath described in the Book of Revelation are poured out.
15. This is how Hicks ended his account of the vision that he was given…

My life has been changed as I realized that we are living in that end time, for all over the world God is anointing men and women with this ministry. It will not be doctrine. It will not be a churchianity. It is going to be Jesus Christ. They will give forth the word of the Lord and are going to say, “I heard it so many times in the vision and according to my word it shall be done.”
Oh, my people, listen to me. According to my word, it shall be done. We are going to be clothed with power and anointing from God. We won’t have to preach sermons, we won’t have to have persons heckle us in public. We won’t have to depend on man, nor will we be denomination echoes, but we will have the power of the living God. We will fear no man, but will go in the name of the Lord of Hosts!