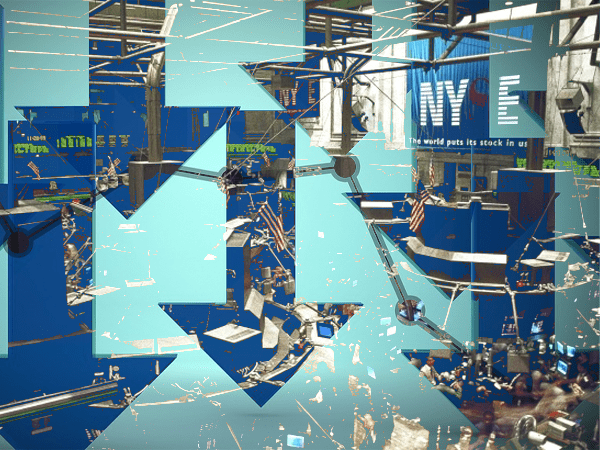 Somewhat optimistic market commentators were “beaming” when the Dow gained 18 points on Wednesday after an initial plunge of 399 points, according to CNN.

A nice recovery, but if it had happened prior to October, very few people would have been concerned. We have to take a look back 3 months, from October 3rd, 2018 to January 2, 2019 so we can see the full picture (see red arrow below):

So the Dow is still in a downward trend, and it’s been quite volatile on its way down to 23,346 from 3 months ago. It might be a new year, but uncertainty is still guiding the markets.

And China isn’t helping, with new economic worries triggering investor concern, according to another CNN report:

“It is looking increasingly likely that the Chinese economy may come under greater downward pressure,” said Zhengsheng Zhong, director of macroeconomic analysis at research firm CEBM Group, in a statement accompanying the Caixin PMI release.

Over at Merrill Lynch-Bank of America, their outlook seems even more “wobbly” than optimists might claim once you consider S&P 500 performance:

Stephen Suttmeier, the firm’s chief equity technical strategist, is building his case with two S&P 500 charts. They suggest stocks are in the throes of a bear market and the correction is deepening.

That’s more than a 20 percent decline from the index’s all-time high on Sept 21, according to the December article at CNBC. The “textbook definition of a bear market.”

See also  A Catastrophic Stock Market Crash Is Coming In September: Get Ready For An Apocalyptic Bubble Burst

Mr. Suttemeir also thinks the correction may last into June 2019, mainly because the S&P 500 has crossed a significant performance barrier (see chart below): 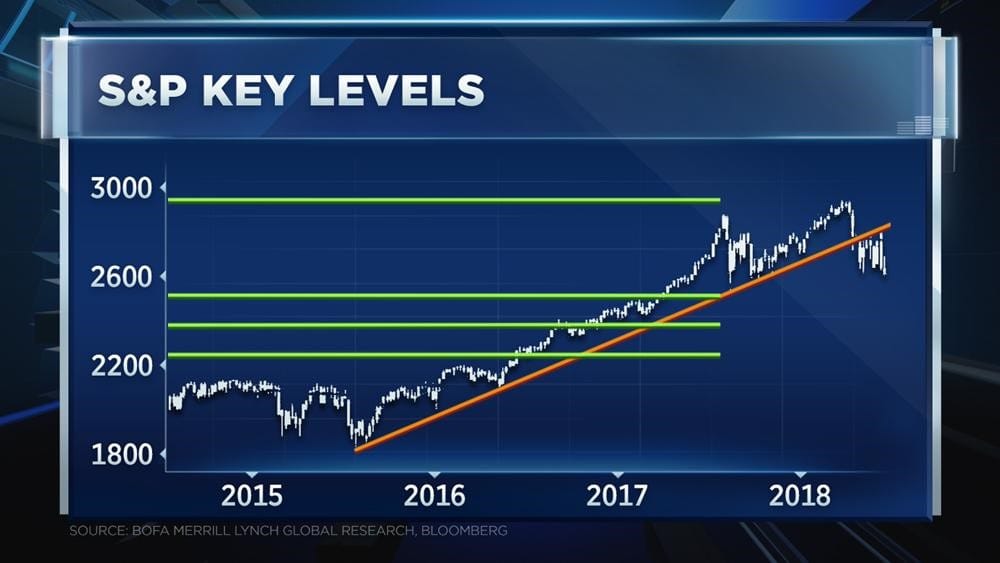 As of now the Dow still appears to be trending downward, China could continue to suffer economic woes, and the S&P 500 is in need of help. And there’s even more uncertainty to consider going forward.

3 More Potential Signals for an Uncertain Market Ahead

Overall, corporate profits rose in the U.S. for 2018. However, that may be due to a “caffeine shot” provided by early year tax cuts. But caffeine doesn’t last forever, and the effects of the tax cuts won’t either.

In fact, according to another CNN report, the effects may already be wearing off and “2019 won’t look as hot” for corporations. (Corporate debt will also play a role).

At the global level, “fears of an economic slowdown” worries investors, which will be tied directly to how the Fed handles rate increases in 2019:

If it raises rates too quickly, the Fed could artificially slow the economy or even bring about a recession. Inflation is not currently a problem, so the central bank has the ability to slow its rate-raising pace if it wants.

And one more signal that could get 2019 off to a rocky start is the potential for a “debt ceiling showdown” in the U.S.

The standoff over a border wall that caused a partial government shutdown, which has no end in sight, is a bad omen for lawmakers’ capacity to strike a deal on extending government borrowing, a financial issue that has much farther-reaching effects.

With U.S. debt reaching a point of no return, another debt ceiling debate could send the market into a full-blown panic. We may not need to wait long because that discussion is looming near.

See also  MARKETS A LOOK AHEAD: Is The Stock Market About To CRASH?

It appears there’s plenty of uncertainty to go around. And while this could mean Americans will face uncertainty in their retirement, yours doesn’t have to be one of them.

Portfolio Stability Can Include a Silver and Gold Lining

The potential for gold is starting to pick up steam for 2019. At Kitco News, John Reade comments in an interview:

John Reade, chief market strategist at the WGC said that he sees a potential for the gold market as investors will have fewer defensive assets to choose from in 2019 when economic and geopolitical uncertainty are expected to create financial market volatility. He explained that through most of 2018 investors found safety in the U.S. dollar and equity markets; however, financial market conditions are starting to look a lot different heading into 2019, he said.

And don’t forget silver, who isn’t far behind as a potential “safe haven” opportunity according to Christopher Lewis.

Both gold and silver are known to perform well in markets like the uncertain one that lies ahead in 2019. So don’t wait for things to get more rocky to do a review of your portfolio. Preparing now could serve you well in what may be a tough year.