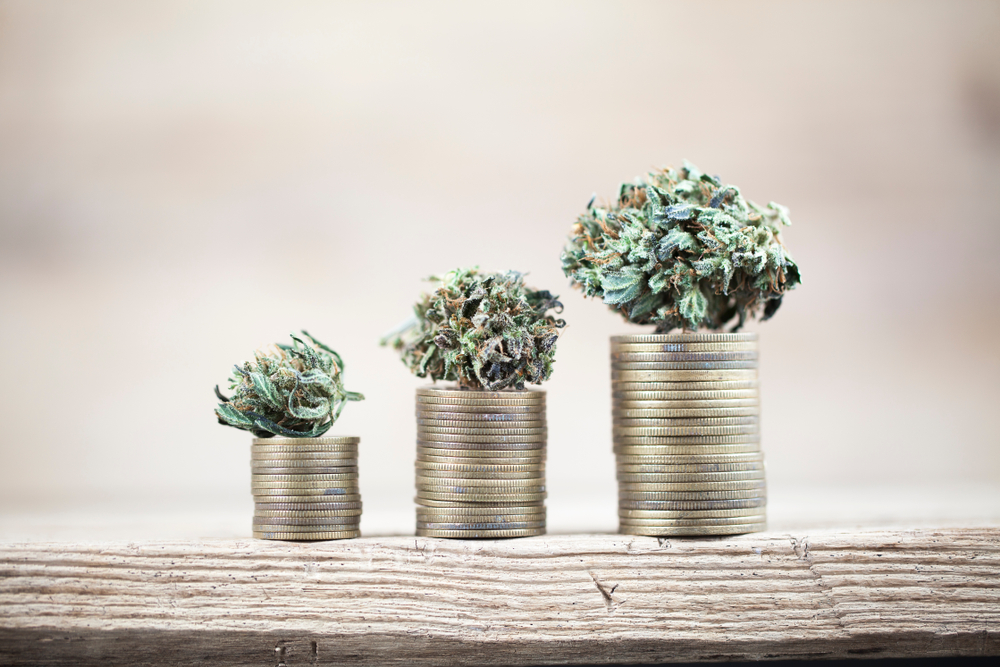 It seems like just yesterday that investors were wondering how to get a slice of the cannabis pie that was baking in the oven. But actually, we’ve way passed the baking stage now. The cannabis pie is well and truly out of the oven, and it’s no longer a tentative industry just waiting to explode. Now, investors are wondering how to make a solid investment on what is proving to be a shaky industry. Without sugar coating it, some people have really profited from their investments while others have failed – drastically.

Optimism might have been premature when the cannabis industry entered its first bloom. But the fact of the matter is that marijuana is still federally illegal, which makes things complicated for investors. Until the Federal Government decides that marijuana should be legal, the entire industry rests on shaky financial grounds.

But that’s not all bad news. Fortune favors the brave, after all, and those with a solid foot in the door now might have a lot to look forward to later. For those who are still standing on the sidelines wondering how to be part of the game, there’s hemp. Thanks to the 2018 Farm Bill, hemp might be the safest cannabis investment to make for now.

So if you’re thumbs are twiddling, waiting for the right moment to pounce onto the hemp industry, here are some tips that you should know before making that investment.

At the end of 2018, the US Government updated the Farm Bill, making it the biggest turning point in cannabis history since prohibition. Under the 2018 Farm Bill, American farmers will have the right to cultivate hemp and to manufacture hemp-derived products – including CBD. Not only does the bill allow farmers to grow hemp, but it insures them against crop losses. Essentially, hemp farmers now have the same rights as any other legal farmer.

CBD is one of the biggest medical discoveries since penicillin, surely. The fact that it has been trapped inside marijuana, the illegal plant, has been CBD’s biggest obstacle. However, hemp has naturally elevated levels of CBD and contains negligible amounts of THC, essentially making hemp the next biggest medical cash crop.

Investing in hemp is a great idea. But investing in hemp-derived CBD is an even better idea. For companies manufacturing hemp-derived CBD products, there is virtually no threat of being shut down by the federal government, nor is there the issue of banking (marijuana businesses are threatened by how few banks are willing to deal with them). Plus, thanks to marijuana, the industry for medical cannabis has already grown. Now it’s just a matter of taking the steps, investing into a reputable CBD company on the stock market and watching those shares grow.

The cannabis industry is split into two segments: medical and recreational. While popularity is growing for recreational legalization in the US, when it comes to money, the medical segment is winning. According to Grandview Research, medical cannabis is projected to reach a total value of over $100 billion by 2025.

This ties in perfectly with the legalization of hemp cultivation, as hemp is never used recreationally. With minimal amounts of THC, all hemp-derived ingestible products are made with the medical patient in mind.

Now, that’s not to say that the recreational market isn’t worth a penny on its own, because it is. It’s worth quite a lot, and the sale of buds actually outnumber the sale of any other kind of cannabis product. But so far as the statistics and the market show, it’s the medical potential of cannabis that is gaining the most interest and driving up stocks.

Bloomberg broke down the marijuana sector into a chronological list, from the most lucrative sector to the least. This is what it looks like:

So, if you’re aiming for the biggest profit, then most of the money is being generated by pharmaceutical companies who have invested into cannabis research. But again, investing in real estate isn’t a bad choice either. It can be a benefit from two different markets at the same time: the profit of hemp cultivation and the profit of real estate. Fundamentally, choosing a sector depends on how much a person is willing to invest and the risks they are willing to take. It may be riskier to invest in pharmaceutical companies (knowing their histories), but it might also be more lucrative. That’s just the nature of investment.

Well, at the very least, investing in cannabis isn’t nearly as risky as it used to be, thanks to the 2018 Farm Bill. Even those who are dancing around their marijuana shares waiting for them to explode could afford to move some of that money over to hemp. At least, from where we are standing right now, it looks like the US Government wants to incorporate hemp into a prosperous future for the USA.