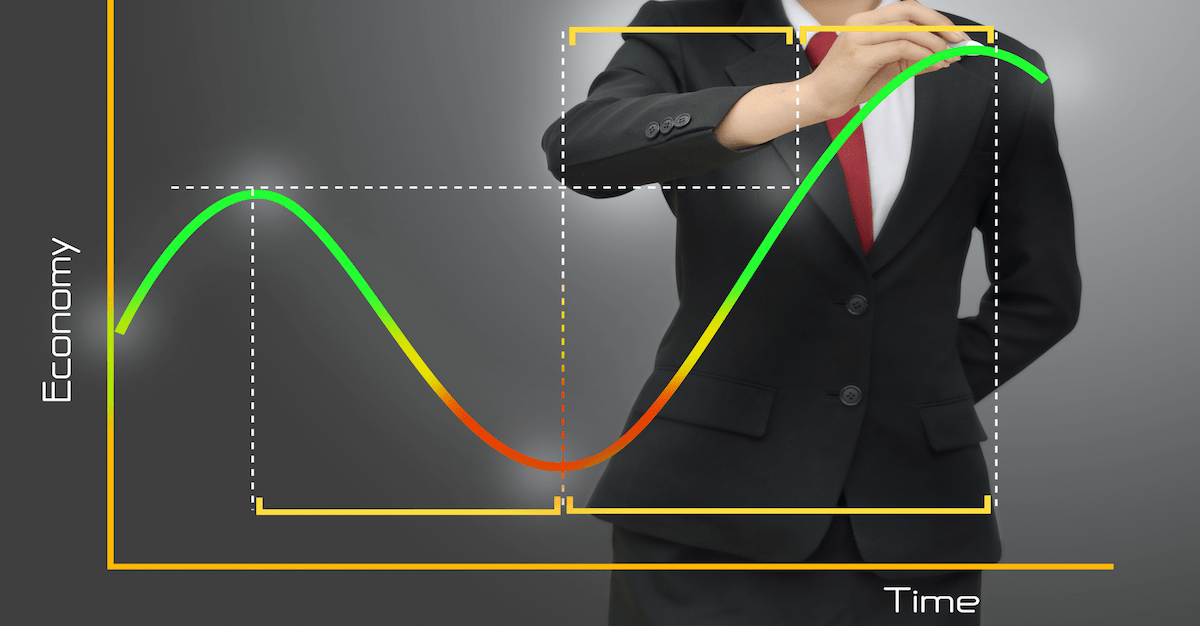 The big story over the last few days has been ‘reopening the economy’.

And that’s certainly a nice idea. Countless people have been living in despair over the last month, and the prospect of everything going back to normal soon feels really great.

I certainly hope for the best.

But a couple of weeks ago I quoted James Stockdale– one of the toughest men who ever lived– talking abut how he cultivated the mental strength to survive 7 torturous years as a Prisoner of War in North Vietnam.

And I thought it would be relevant to re-post his advice here.

When asked, “Who didn’t make it [out of the POW camp],” Stockdale replied,

And then they’d say, ‘We’re going to be out by Easter.’ And then Easter would come, and Easter would go. And then Thanksgiving. And then it would be Christmas again.

And they died of a broken heart.

“This is a very important lesson,” Stockdale continued. “You must never confuse faith that you will prevail in the end—which you can never afford to lose– with the discipline to confront the most brutal facts of your current reality, whatever they might be.

There’s clearly been a lot of positive data lately showing that the growth rate of the virus seems to be slowing, and that the mortality rate is lower than originally estimated.

This is all good news.

But we’re seeing a lot of ‘Stockdale optimists’ right now who only look at the good news and refuse to confront brutal facts.

Many of the world’s most prominent financial markets have been bitten by Stockdale Optimism; stocks, for example, are way up because investors believe everything is about to return to normal and the economy will experience a ‘V-shaped recovery’.

(This means that the economy will bounce back as quickly and aggressively as it stalled.)

But anyone with the discipline and emotional courage to confront the most brutal facts of our current reality realizes that ‘normal’ is still far away.

Here are a few things to consider:

We’re now living in a world where hugging is considered an act of biological terrorism.

It would be silly to think that everyone will come out of hiding and go back to normal… packing bars, airplanes, shopping malls, elevators, offices, etc. like we used to do.

There’s going to be some serious, worldwide Post-Traumatic Stress Disorder. Millions of people will permanently change their behavior, reduce consumption, stay home, and avoid contact with others.

And this is clearly going to have a lingering economic impact.

Countless small businesses ‘temporarily’ closed last month. Many of them will never reopen.

Others have had to make deep cuts and lay off a number of employees in order to survive.

But even when economic conditions finally start to normalize, many small business owners will realize, “Gee I didn’t actually need some of those workers.”

They’ll do the math and determine that the business can be more profitable and efficient without all the employees. And some of those temporary job cuts will become permanent.

Ditto for big businesses. A typical medium-sized or large company can lay off at least 10% of its workforce with minimal impact to operations. Nearly everyone has fat to trim.

And so a lot of big companies who have laid off their workers will not hire everyone back.

Moreover, big companies now have an opportunity to shrink their overhead further by reducing their office footprints.

4) Retail was dying before this started. . .

Let’s be honest– retail stores were already dying before this pandemic; the entire industry is being swallowed up by Amazon.

A number of major retail chains (Sears, Macy’s, Pier 1 Imports, etc.) filed for bankruptcy well before the pandemic started. Plenty of others were on the ropes.

And now with so many places on lockdown, many of them simply will not survive.

Between the continued rise of e-commerce, the lockdown consequences, and the lingering PTSD that could keep millions of people from visiting stores, physical retail is in pretty serious trouble.

Retail makes up roughly 10% of the work force in the US alone (according to estimates from the Aspen Institute), so it’s not hard to imagine a few million job losses just from this one sector… not to mention the impact to the real estate market of so many shops and malls going under.

While the social distancing and lockdown measures have reduced the rate of contagion, it’s important to remember that some places (like Hong Kong and Singapore) already experienced a second wave of outbreaks after they loosened their restrictions.

Yet the ‘V-shaped recovery’ fantasy completely ignores this very real possibility… and the huge economic consequences it would have.

In fact, any of the five points I mentioned above could have a nasty impact– to the unemployment rate, financial markets, GDP, real estate prices, corporate earnings, government deficits, etc.

But they’re all being ignored.

The prevailing narrative right now is that we’re out of the woods and the economy is about to come roaring back.

And that would certainly be nice.

Staying positive is great. Like Stockdale said, we know that we will prevail in the end.

But it’s important to be realistic– to confront the most brutal facts of our reality. And our reality is that the consequences of this pandemic could last much longer than many people are choosing to believe.