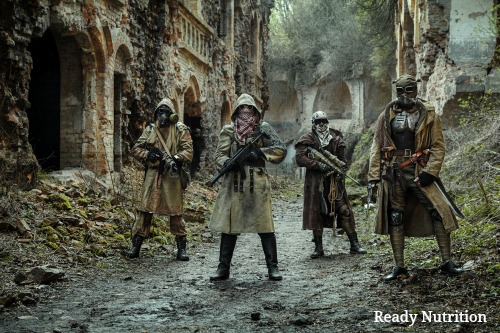 There have always been times where we inadvertently put ourselves in precarious situations. In this case, your best bet is to trust your gut. If you don’t feel the situation is right, find the nearest exit and leave the area. We covered some of these times in our most recent article regarding attackers and how to handle them individually or en-masse.  In the article, we covered a lot of ground for scenarios that may occur during these “Good Times” prior to a societal collapse or nuclear war.  This article is taking those suggestions and applying them in a collapse environment. Before we begin, you must understand that the biggest difference is that in a post-SHTF scenario there are no rules.

In a SHTF world, it’s a different story.

The sad thing with laws and rules is that they only help protect the citizen from the law-abiding citizen: the system focuses on self-discipline and restraint.

7 Ways To Stay Alive in a Post-Collapse Society

As is extensively detailed in The Prepper’s Blueprint: How To Survive Any Disaster, life will definitely be different when the SHTF. You will not be able to rely on the law to protect you; however, you will also not be prosecuted under the law for some superficial or superfluous reason: your life and your family’s lives take precedence.  That being said, what do you do?  How do you handle these attackers…people that are intent on taking you down and taking what you have?  Let’s outline some basics that you can use post-SHTF.

Related: 10 Ways To Avoid Marauders and Looters After the Collapse

These Post-Collapse Rules Will Keep You Alive

There are some rules to follow that are hard rules, but will serve you in good stead.  They apply in a wartime situation, and they will apply equally in a disaster such as an apocalyptic event with societal collapse.

READ  The coming economic collapse and the new Monetary system!

You need to continuously assess your fighting skills and training.  Assess these realistically, and take into account your shortcomings.  Learn to “pair” your preference with what is most effective.  Although I can more than handle myself in a knife fight, I prefer to meet an attacker carrying a blade with a nice 24” Aluminum T-Ball bat.  I’m here to tell you, when the bat is swinging?  The bat is singing, and the song it’s playing is all mine.  You have to find your own personal weapon of choice for “close encounters” where a firearm may not be able to be used.

In the end, taking care of yourself is a stance, and when the “S” hits the fan, the rules will disappear: they are as fragile as society itself, as fragile as cobwebs drenched with dew in the summer sun.  A strong wind will blow them away, just as an event will blow down the Hallmark houses made of straw and blow away the thin veneer of civilization masking the underlying, atavistic barbarism along with it.  Now is the time to assess yourself, make your plans, and execute those plans to strengthen your body, mind, and spirit to prepare for the times to come.  JJ out! 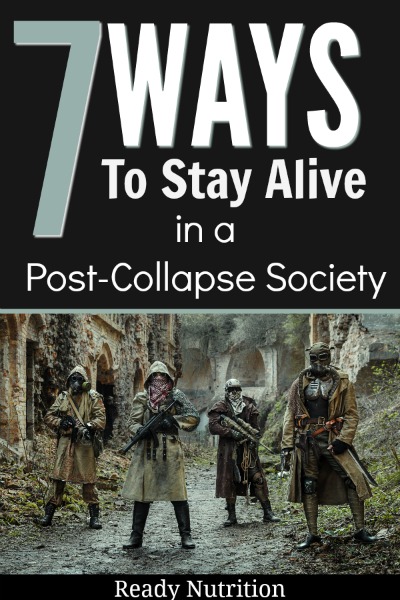