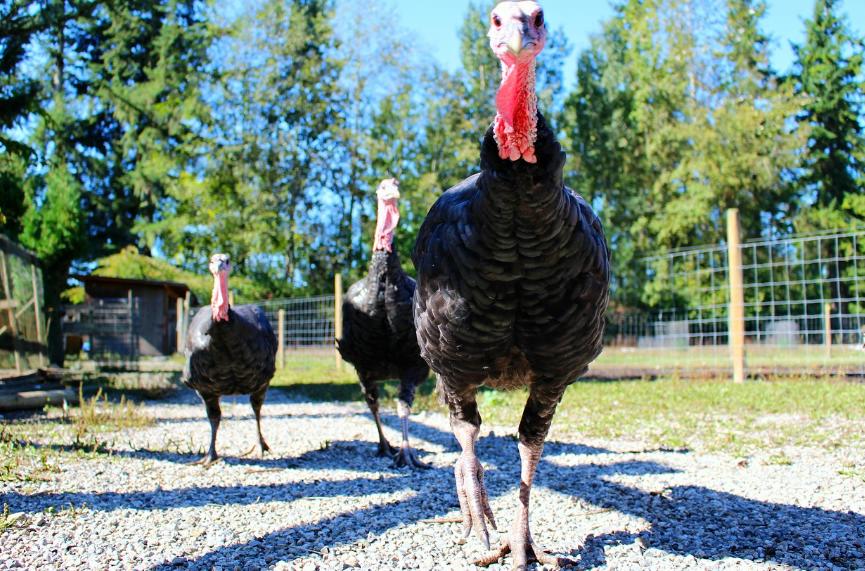 Did you know that we are in the middle of the worst bird flu outbreak ever recorded?  Millions upon millions of birds have been dying, and most people don’t even realize that such a nightmarish pestilence has been absolutely devastating North America and Europe.  But what people do know is that eggs, chicken and turkey just keep getting more expensive at the grocery store.  In fact, supplies are starting to get so tight that some experts are now talking about the potential for “shortages” during the holiday season.  Unfortunately, this epidemic isn’t going to go away any time soon.  If it was going to go away, it would have done so during the warm summer months.  Now the weather is starting to get colder again, and that means that it will be even easier for the bird flu to spread.

What we are witnessing in Europe right now is truly alarming.  According to the official website of the European Food Safety Authority, so far 47.7 million birds have been culled by poultry facilities where cases of the bird flu have been confirmed…

The ongoing HPAI season has produced the largest epidemic seen so far in Europe, with a total of 2,467 outbreaks in poultry and 47.7 million birds culled in affected establishments. In addition, 187 detections were notified in captive birds and 3,573 HPAI events were recorded in wild birds. The geographical reach of this year’s epidemic is unprecedented, with reported cases ranging from the Svalbard islands in Norway to southern Portugal, and as far east as Ukraine, affecting 37 European countries in total.

At a time when agricultural production is way down all over Europe, this pestilence has already wiped out almost 50 million chickens and turkeys.

This wasn’t supposed to happen.  The bird flu outbreak in Europe was supposed to greatly subside once summer arrived, but this year that didn’t happen…

In past years, outbreaks of avian flu declined with warmer weather and the end of migration by wild birds in the autumn and winter.

But outbreaks have continued across the UK and elsewhere in Europe this summer leading to fears that highly pathogenic variants of avian flu are now endemic in wild birds, creating a risk of infection all year.

Has bird flu developed into a form that is not greatly affected by warmer temperatures?

The truth is that we just don’t know.

Bird flu usually strikes during the autumn and winter months. It is transmitted by infected migrating wild birds’ faeces or direct contact with contaminated feed, clothing and equipment.

“As autumn migration begins and the number of wild birds wintering in Europe increases, they are likely at higher risk of HPAI infection than previous years due to the observed persistence of the virus in Europe,” Guilhem de Seze, a senior official at the EFSA, said in a statement on Monday.

So things in Europe are not likely to get better any time soon.

Instead, in all probability they will probably get even worse.

Meanwhile, the bird flu continues to sweep across North America as well.  At this point, the total death toll on our side of the Atlantic Ocean has reached approximately 50 million…

In North America alone, an estimated 50 million birds have succumbed, which experts say is probably a vast undercount. And though government officials are primarily concerned about poultry farms, the epidemic has struck wild birds, too — from waterfowl to raptors and vultures.

And the vast majority of those dead birds are chickens and turkeys.

This is truly catastrophic, and most people aren’t paying attention.

But whether people are paying attention or not, prices are just going to keep going higher at the grocery store…

The surge of the flu has led to the price of turkey hens rising 30% higher than last year and 80% higher than before the pandemic, and it appears unlikely that will change before the holidays. “There’s nothing appearing on the horizon to suggest anything new is going to surface to help ease the supply-side pain for Thanksgiving turkeys,” Russ Whitman, senior vice president at commodity researcher Urner Barry, told Bloomberg.

A turkey shortage may impact what’s on the table this holiday season. Grocers and delis alike are running out of the meat, driving the price of poultry even higher amid inflation.

Why aren’t more people talking about this?

For a moment, try to think of how many things you eat regularly that contain chicken, turkey or eggs.

Now imagine what would happen if all of those products disappeared.

With each passing month, the bird flu continues to spread to more locations.  Right now, southern California has become one of the latest hotspots…

After proliferating globally, a historic wave of avian flu has entered Southern California, where it is worrying farmers and bird lovers and could add to complications with supply chains and food prices.

Already, poultry operations have had to euthanize domestic flocks of chickens and turkeys, while thousands of wild birds have also died. Wildlife experts say they are seeing a wave of dying birds moving south — already as far as Irvine — as the fall migration sets in.

This is a slow-motion nightmare that is playing out right in front of our eyes.

But what would make this disaster far, far worse is if bird flu mutates into a form that can spread easily among humans.

Normally, it is quite difficult for a human to catch H5N1, but when it happens the death rate is extremely high…

But worldwide, between January 2003 and 31 March 2022, there have been 863 cases of human infection with avian influenza A (H5N1) virus reported from 18 countries. Of these 455 cases were fatal.

If a mutant form of H5N1 comes along that easily passes from person to person, the panic that would cause would make the COVID pandemic look like a Sunday picnic.

So let us hope that does not happen any time soon.

Unfortunately, I believe that we are living during a time when great pestilences will become increasingly common.

In secret labs all over the globe, mad scientists are monkeying around with some of the most deadly diseases that humanity has ever known.

It is way too easy for a “mistake” to happen, and as we have seen once a dangerous bug does get loose it can circulate around the planet in the blink of an eye.