They can’t be serious, right?

Make under 300k a year? Good luck dealing with inflation. 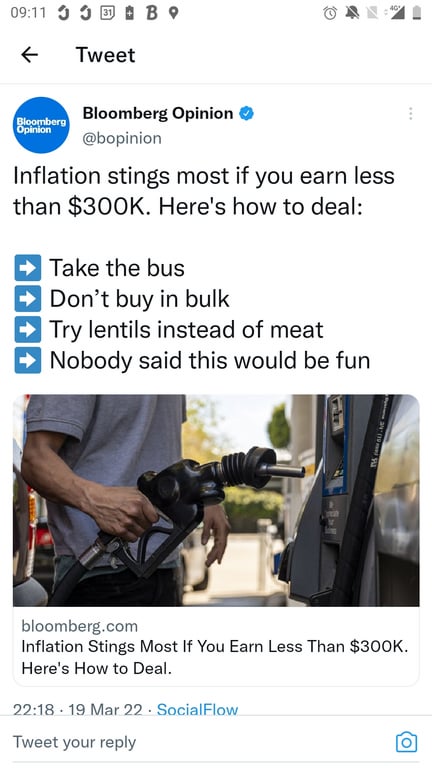 What’s the point of not buying bulk?? Someone can explain please? 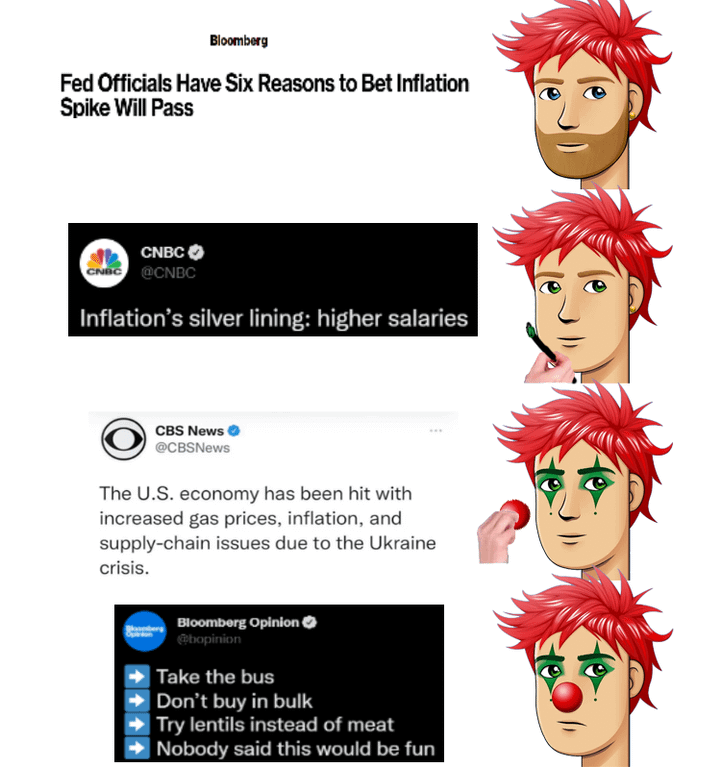 THE RUNAWAY COST OF VIRTUE-SIGNALLING:

As gasoline prices in the US continue to surge to an unprecedented $7 a gallon in some places, President Joe Biden seems more interested in finding someone to blame than mitigating the problem. ‘Make no mistake, inflation is largely the fault of [Russian president Vladimir] Putin’, the president said on Friday at the House Democratic Caucus Issues Conference. The president then cited a ‘fact checker’ in the New York Times and a Washington Post op-ed to counter anyone daring to lay the blame for skyrocketing prices at the feet of the president of the United States.

I guess if you’re going to gaslight working-class Americans who have been struggling with historic levels of inflation for over a year now, it’s good to have legacy media outlets backing you up.

Of course, Biden is right that his decision to ban Russian oil and gas from the US market – a popular move, which 80 per cent of Americans approved of – has exacerbated these trends. But in trying to lay the blame of a year-long trend entirely at Putin’s feet because of a war that started three weeks ago, Biden is erasing the ongoing struggle American families have been facing, enlisting a foreign foe to cover for his domestic failures.

SHOCKER: Inflation is bad and about to get worse.