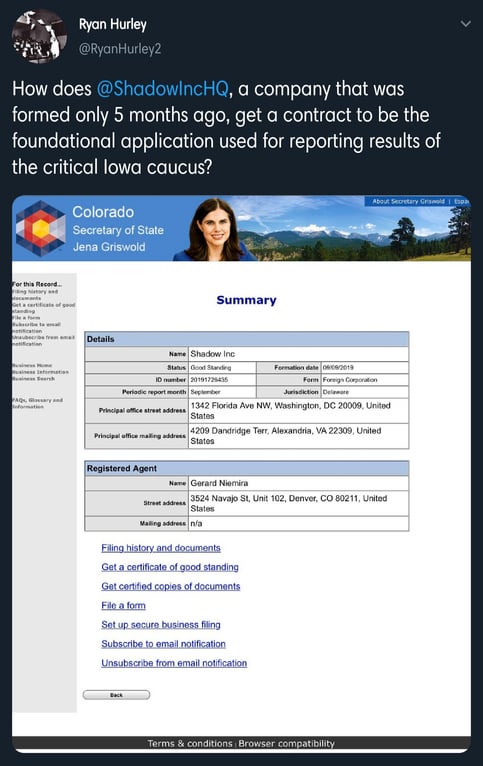 The Iowa caucus tonight ended in complete chaos with zero results being announced hours after closure. The Iowa Democratic Party have stated that there were technical problems with the new app being used to report the numbers. People began researching the app and digging deeper to see what was going on behind the scenes and they found information that is very concerning.

Investigative journalist from the intercept talking about Shadow in this tweet where he shows that the Iowa and Nevada Democratic Parties funded the development of this app and candidate Peter Buttigieg’s campaign also paid this company.

Suspicious tweet from the CEO of the parent company that owns Shadow.