Over the past 40 years, the average individual income in the U.S. has grown by 65%. However, not everyone has reaped the benefits of higher wages. Income inequality is at an all-time high, and the combined wealth of the top 1% of earners is almost as much as the combined wealth of middle-class Americans. Interestingly, some metro areas of the U.S. have experienced severe income disparity more than others, as shown in our new visualization. 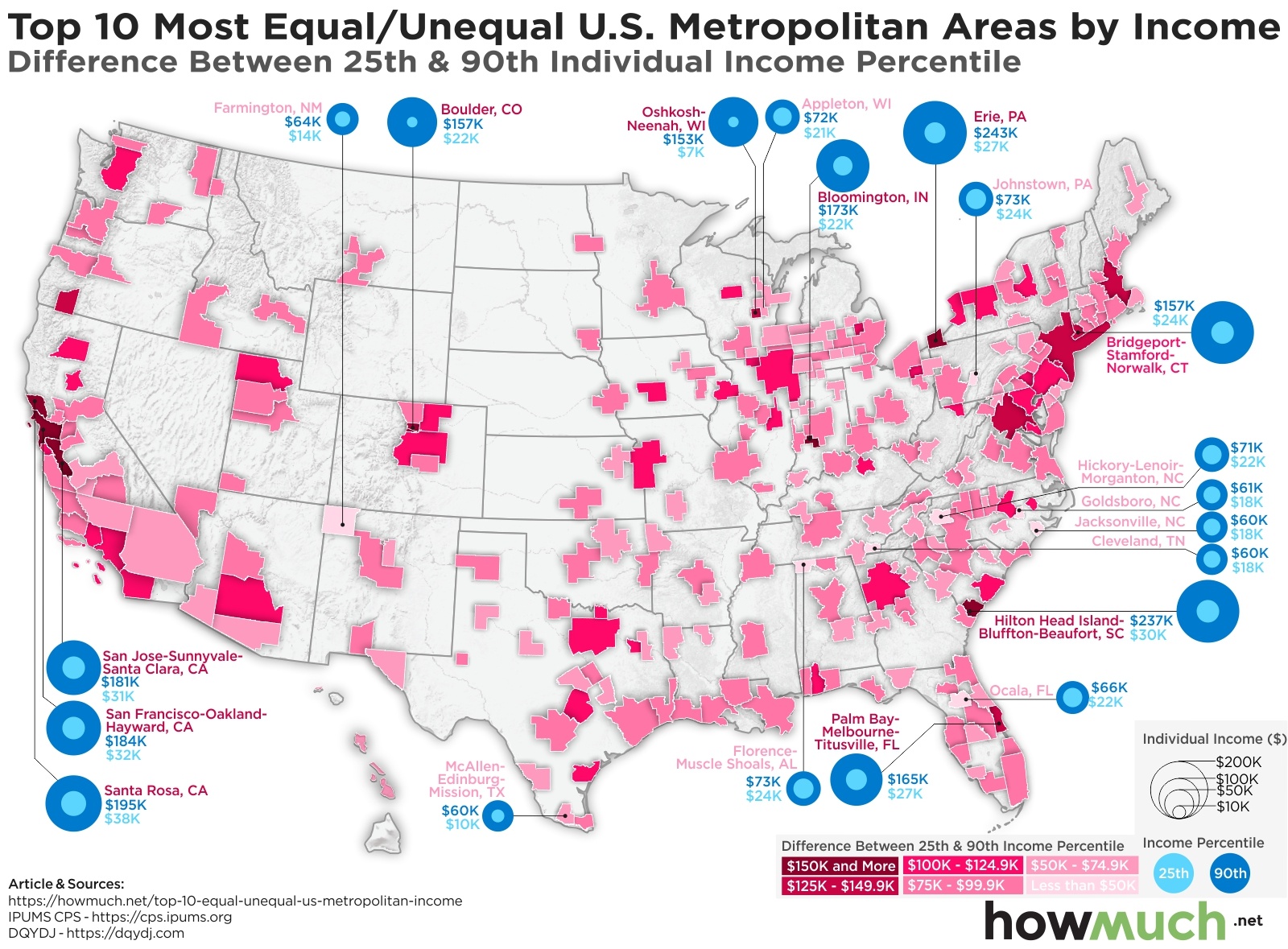 We based this visualization on the DQYDJ Income Percentile by City Calculator in 2019, which takes income data from the IPUMS-CPS (Integrated Public Use Microdata Series – Current Population Survey) released by U.S. Census Bureau and the Bureau of Labor Statistics. We used the IPUMS definition of a metropolitan area for our visualization. Similarly, income in this visualization is defined as “total personal income” and includes all the types of income sources listed here.

Top 5 Most Equal Metro Areas in the U.S. by Income

Top 5 Most Unequal Metro Areas in the U.S. by Income

In general, metro areas in the South and the Great Plains region tend to have less income inequality when comparing the differences between the 25th and 90th income percentiles. By contrast, metro areas in the Northeast, Great Lakes, and California areas have greater income inequality. But it’s not only the U.S. that suffers from income inequality. It’s also a pressing issue on the international stage. We’ve talked before about great disparities in average individual wealth in different countries, as well as the percentage of the world population that lives in extreme poverty. On the other end of the spectrum, roughly 1% of the world’s adults are millionaires. The U.S. alone has 18.6 million millionaires, more than any other country in the world. As the gap between rich and poor continues to grow–both in the U.S. and worldwide–political leaders will face increased pressure to facilitate a more even distribution of wealth.

Why do you think income inequality varies so much across different parts of the U.S.? Let us know in the comments.