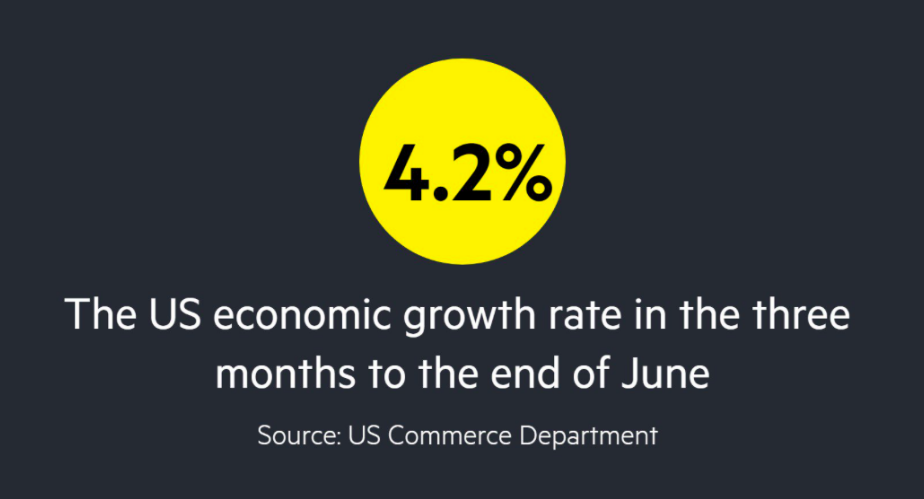 The U.S. economy grew even faster during the second quarter than what was initially reported. New numbers reveal a larger bump in corporate spending. The Trump/GOP tax cuts helped jumpstart the economy from April to June this year as investment and growth are accelerating 19 months into President Trump’s first term in office.

Gross Domestic Product increased at an annual rate of 4.2 percent in the second quarter, revised up from 4.1 percent. This is the fastest growth in almost four years and was almost twice as much as the first quarter’s growth. We will see if this spike in economic activity is a blip from the tax cuts and the rush of exports in anticipation of more tariffs or a sign of sustained economic growth for the last six months of the year.

Some estimates project GDP to continue its upward trajectory. The GDPNow Model from the Atlanta Fed estimates 4.6 percent GDP growth in the third quarter of 2018 as of August 24. This forecast is up from a week before when the model had this quarter’s growth at 4.3 percent. After the recent manufacturing report from the Census Bureau, the real nonresidential equipment investment growth increased to 7.5 percent from 6.4 percent. If these strong GDP numbers become a reality, then this kind of economic growth in the months from July through September would bode well for Republicans holding the House and the Senate in November.

It is, after all, the economy, stupid.

After the trade deal was announced with Mexico on Monday, the S&P 500 grew 0.8 percent to a record high close at 2,896.74. Materials and financials were the best-performing sectors. The Nasdaq Composite also hit an all-time high, expanding 0.9 percent to finish above 8,000 points for the first time. Facebook, Amazon, Netflix, and Alphabet (Google) helped rally the tech sector. Caterpillar helped the Dow Jones Industrial Average rise 259.29 points to 26,049.64. Monday was the first time since February the Dow closed above 26,000.

The United States-Mexico Trade agreement will do away with the Clinton-concocted NAFTA. “The name NAFTA has a bad connotation because the United States was hurt very badly by NAFTA,” President Trump said, adding that the deal with our neighbor to the south is helpful for both farmers and manufacturers. The deal must be approved by Congress before it can be implemented. We’ll see if Canadian Prime Minister Justin Trudeau wants to get in on the action and strike a deal with the Donald in the coming weeks.

While Wall Street is encouraged by the deal struck with Mexico despite the disruptive tariffs with China, American workers are increasingly satisfied with their jobs.

More than half of U.S. workers, 51 percent, reported being satisfied with their jobs last year, which is the highest level since 2005, according to The Conference Board. American workers are feeling better about their pay and more secure in their careers as the U.S. economy enjoys a low unemployment rate and lower rate of layoffs.

See also  We are doomed for a recession.

With Trump’s economy notably different than Obama’s anemic recovery, the number of Americans filing for state unemployment benefits has remained far below expectations. Economists have worried about tariffs having an adverse impact on trade-dependent industries, but the labor market remains robust as new unemployment claims rose by just 3,000 to a seasonally adjusted 213,000 last week, according to the Labor Department. Despite the apocalyptic narrative, tariffs have yet to cost the U.S. economy any jobs. But stay tuned.

With the Trump Administration opening up the floodgates of American innovation and productivity, the oil and gas industry has spiked in recent months.

The Energy Information Administration just announced that the port of Houston-Galveston exported more crude oil than it imported for the first time ever. Exports from Houston surpassed imports by 15,000 barrels a day in April and jumped to 470,000 barrels in May. This Texas port handles more than half of all American crude oil exports, which hit a record of two million barrels a day in May. 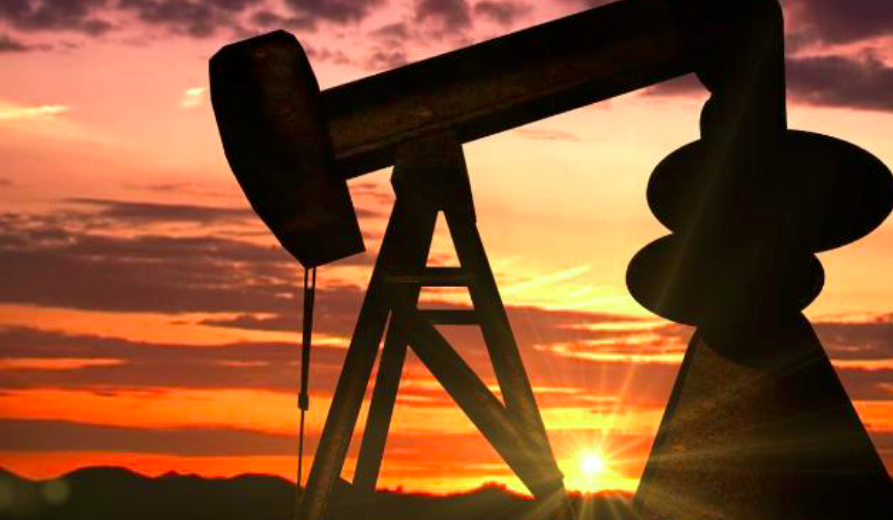 The rise in exports is attributable to innovation in oil extraction techniques like fracking and horizontal drilling. But Trump’s pro-business policies in Washington also get some credit. Removing regulatory hurdles like the 2015-implemented oil export ban was a significant boost for the oil and gas industry. This opening up of a vital sector will make the U.S. much less vulnerable to oil exporters in authoritarian nations in the Middle East.

Unfortunately, it’s not all good news for the U.S. economy at the moment. While things look good on the surface, it is impossible to ignore the 95 million-plus Americans still out of the workforce. There are 6.7 million open jobs in the U.S. right now and 6.3 million unemployed Americans looking for work, according to the Bureau of Labor Statistics. So if one looks at those two figures without the nearly 100 million Americans who have given up looking for work or are living off of government aid, one could errantly state that we are at or near full employment. But we are very far from that.

U.S. wage growth is increasing at a modest rate and is projected to remain at or below 3 percent annually for the foreseeable future. Economists see pay raises depressed by three immovable forces: sluggish productivity, an aging population, and overseas competition. Despite low unemployment (17-year low) and a tight labor pool (outside of the many millions out of the workforce), Americans workers’ paychecks have refused to budge above 3 percent growth per year.

Average hourly earnings for private-sector workers rose 2.7 percent in both 2016 and 2017. Forecasters are estimating 3 percent growth in 2018, followed by 3.2 percent in 2019 and 3.1 percent in 2020. We’ll see if we can get above to those numbers, but with job-killing and hour-slashing minimum wage laws being hiked across major metropolitan areas, illegal immigrants driving down earnings for low wage workers, and productivity slipping, we might not see the wage growth necessary to keep the economy humming along into Trump’s second term (sorry couldn’t resist).

See also  Bill Clinton - what is a recession--"A recession is two quarters in a row of negative growth." -- President Clinton, Dec. 19, 2000

By 2020, most economists see the beginning of the downturn and the start of a recession. The economic expansion began in mid-2009, putting us in the midst of the second-longest recovery in American history. As the Fed keeps raising interest rates, forecasters surveyed by The Wall Street Journal mostly see the expansion ending in 2020 or 2021. About 59 percent said 2020 will be when the party finally ends while 22 percent picked 2021. Some 62 percent said the most likely cause of the next downturn will be increasing tightening from the Fed to cool off an overheating economy.

More late-stage cycles are emerging and the debt and housing bubbles are bound to pop here pretty soon. Most alarming is the steep decline in the 10-Year Treasury Yield Curve. We will be tracking those economic indicators and more for you here at IWB. So make sure to subscribe to our newsletter for the latest economic and political news you won’t hear from the mainstream media.

The economy is doing well enough for Republicans to hold onto their majorities in DC. But the warning signs are getting harder to ignore. The recession is likely coming in the next two years. We all must take the proper precautions for when that day finally comes.