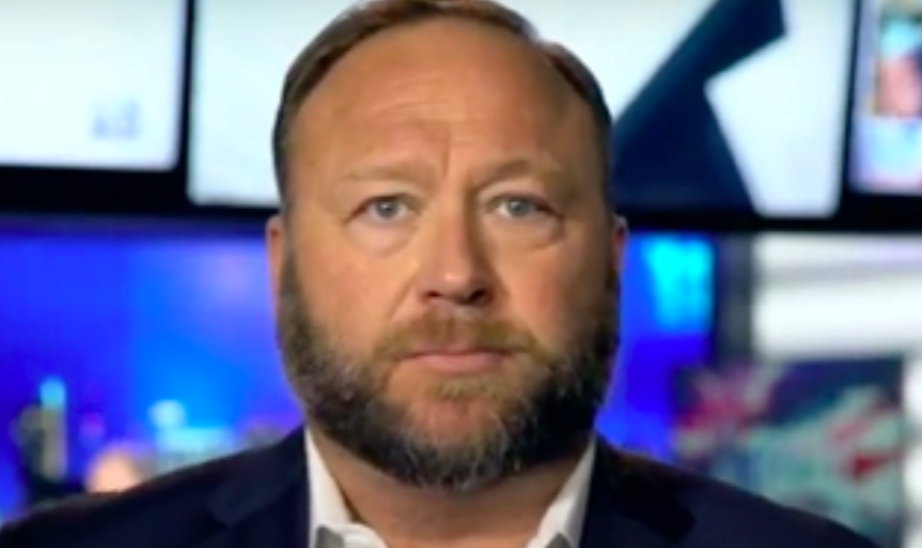 Speaking of Infowars, Alex Jones and conspiracy theories, what do you make of the fact that YouTube, Apple and Facebook decided to put the kibosh on Infowars in the exact same day? You know, sometimes those crazy tin foil hat conspiracy theorists are right. Here’s the deal: it’s a known fact that big tech companies like Apple, Facebook, Twitter and Google/YouTube are heavily left leaning. This is not a secret, nor a conspiracy theory, but an empirically proven fact, by their own admission, i.e. words and actions.

The harassment and censorship (via deplatforming, shadow-banning, massive algorithm-based decrease in social-media-driven traffic etc) of conservative publishers/websites and content creators (as in individuals with a blog or a social media account) by Google/YouTube, Facebook, Twitter et al has become blatantly obvious even for normies who only read Salon/Buzzfeed and watch CNN. The crackdown on conservatives aka “politically undesirable deplorables” is in full throttle since Donald Trump won the election back in 2016. Which is pretty hilarious. I mean, Alex Jones&friends have won the ideological battle with the left, and now, under Trump, or “in Trump’s America” to use a stupid cliche, right wingers  and conservatives are being heavily censored on the internet (see the dramatic case of the Daily Stormer) and social media, or get harassed and even beat up “in real life” by crazy mobs of mentally deranged leftists posing as social justice warriors; the truth is, these thing rarely happened under Obama, because conservatives and right-wingers generally speaking tend to respect the result of an election and they’re also not so much fond of protesting in the street or harassing people for their political views. Also, the mass media and big tech were happy with the Kenyan socialist in the White House, and so on and so forth.

Getting back to our Infowars/Alex “they turned the friggin’ frogs gay”  Jones story, this Monday was probably the most interesting day in the website’s long history. Mind you, Infowars has been on the “interwebz” since the beginning,  i.e. since 1999 if memory serves. Their “cringe conspiracy theories” to quote haters, are nothing new. What’s new is that they’re now a big alternative (and independent, which is very disturbing for the left)-news platform, with tens of millions of followers/listeners and they spread an anti-establishment message ,while being hardcore Trumpists. And that’s haram in 2018 in the US of A.

See also  VIDEO: Anthony: "We're living in a society of atrocious behavior with no consequences." (Woman Trashes Store While Daring Them to Call

So, on Monday, Facebook and YouTube permabanned Infowars for unspecified “hate speech”, which is as Orwellian as it gets. I mean, they didn’t even tell Alex Jones what he did wrong, while taking the proverbial piss on him and his millions of followers. In the same day, Infowars podcasts were removed from the Apple Store. Basically, Alex Jones was banned by Google/YouTube and everything else (and their momma) in the same day. It’s a full shutdown. Well, except from Twitter. They’re still thinking at their next move probably, or Jack didn’t get the memo. We’ll see.

Here’s AJ take on the issue. Mind you, this video was uploaded on another YouTube channel, obviously:

All that’s left for Alex Jones to spread his message is his website, infowars.com, but considering the precedent with the Daily Stormer, the people who own Infowars’ domain registry can decide at any time to eject Alex Jones from the interwebz completely. That already happened and it will happen again if we allow for-profit corporations to decide who’s allowed on the internet and who isn’t.

If you ask me, what happened today with Infowars and Alex Jones is not a bad thing, but a wake-up call for conservatives, right wingers and freedom lovers generally speaking. Infowars is a high profile website and Alex Jones is a rock-star in terms of mainstream conservative news. Even Donald Trump went on his show during the 2015 campaign:

Obviously, the original is not there anymore, but someone re-uploaded it. Enjoy it while you can. Now, why is this a good thing? Remember Trump’s tweet. He used the word illegal:

Twitter “SHADOW BANNING” prominent Republicans. Not good. We will look into this discriminatory and illegal practice at once! Many complaints.

See also  VIDEO: Anthony: "We're living in a society of atrocious behavior with no consequences." (Woman Trashes Store While Daring Them to Call

Consider this: we’re living in interesting times, when it’s basically impossible to openly be a Trump supporter and/or a conservative on the internet, or worse, in real life. And yes, between Facebook, Google/YouTube, Twitter, Apple and Microsoft plus a handful of other companies, there’s not much “internet” left. This is called an oligopoly or a trust.

Big tech companies are literally forcing the “feral gummint” to step in for the kill. And Trump doesn’t even require the Congress to pass legislation to regulate free speech on the internet, nor him passing an exec-order, that would be instantly blocked by an Obama appointed activist leftist judge. No, he only has to sic FCC’s Ajit Pai on big-tech, i.e. to ask him to write regulations that de-facto tech-monopolies would have to respect under the First Amendment in the US Constitution. Just wait and see it happen, and remember where you read it first.

The fact that major tech companies acted in concert in regard to banning Infowars on their platforms in the same day proves they’re in cahoots, or colluding, as  Robert Mueller would put it, and I am very sure we’ll see action soon from the POTUS. Big tech is now openly meddling in the elections. This aggression will not stand.