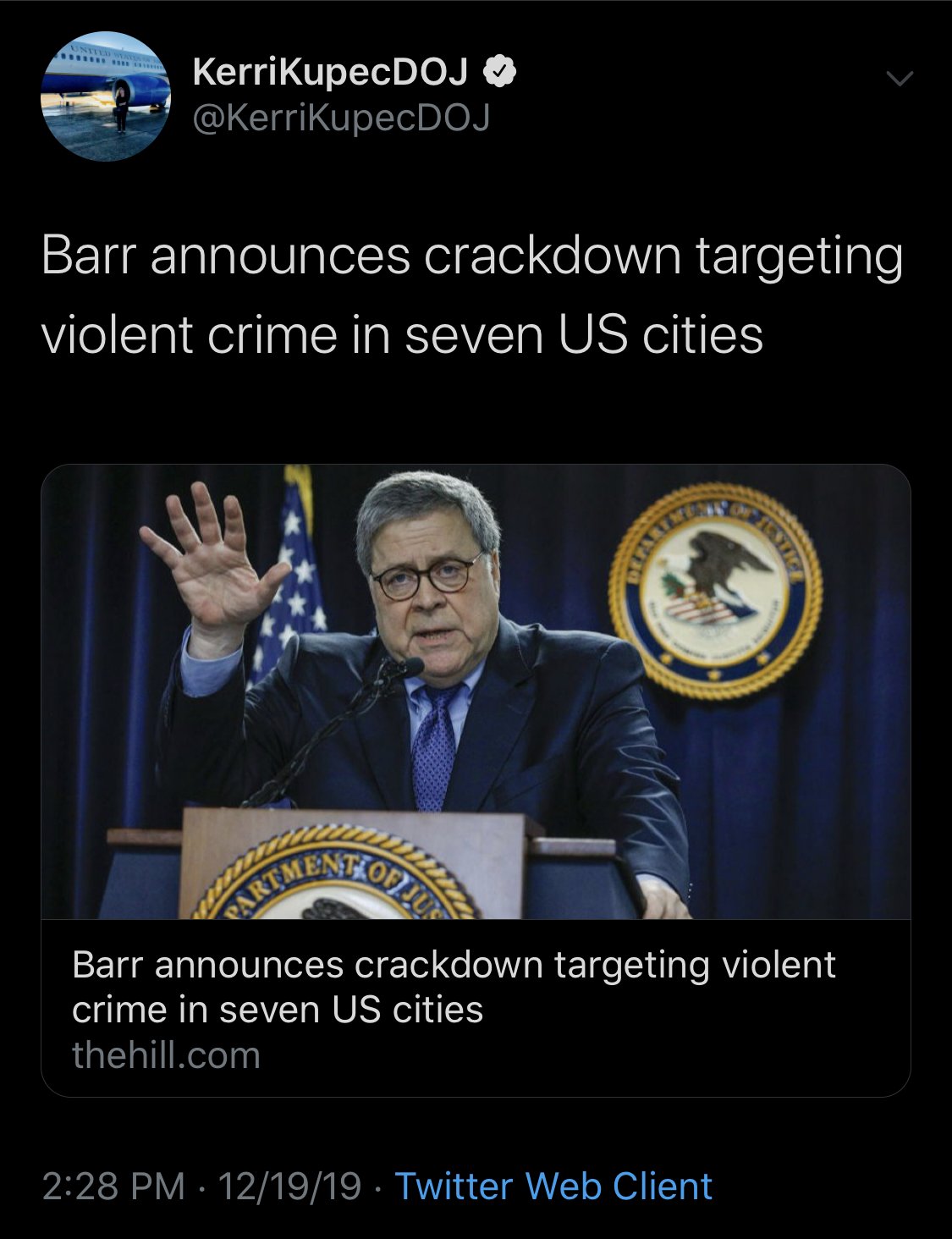 Barr kicked off Operation Relentless Pursuit in Detroit alongside officials from the FBI, Drug Enforcement Agency, Bureau of Alcohol, Tobacco, Firearms and Explosives, and other agencies.

“Americans deserve to live in safety,” Barr said. “And while nationwide violent crime rates are down, many cities continue to see levels of extraordinary violence.”

“Operation Relentless Pursuit seeks to ensure that no American city is excluded from the peace and security felt by the majority of Americans while also supporting those who serve and protect in these communities with the resources, training and equipment they need to stay safe,” he added.

The operation will increase the number of federal law enforcement officers in the seven cities and expand collaboration between federal task forces and state and local partners. The surge in federal officers will be buoyed by an investment of up to $71 million in federal grant funding that can be used for hiring new officers, paying overtime and benefits, financing federally deputized task force officers, and more.