John Brennan makes a call to the head of the FSB in Russia Alexander Bortnikov. Soon after in the same month he briefs Harry Reid on the state of Russia’s interference in the 2016 presidential election . Coincidence ? 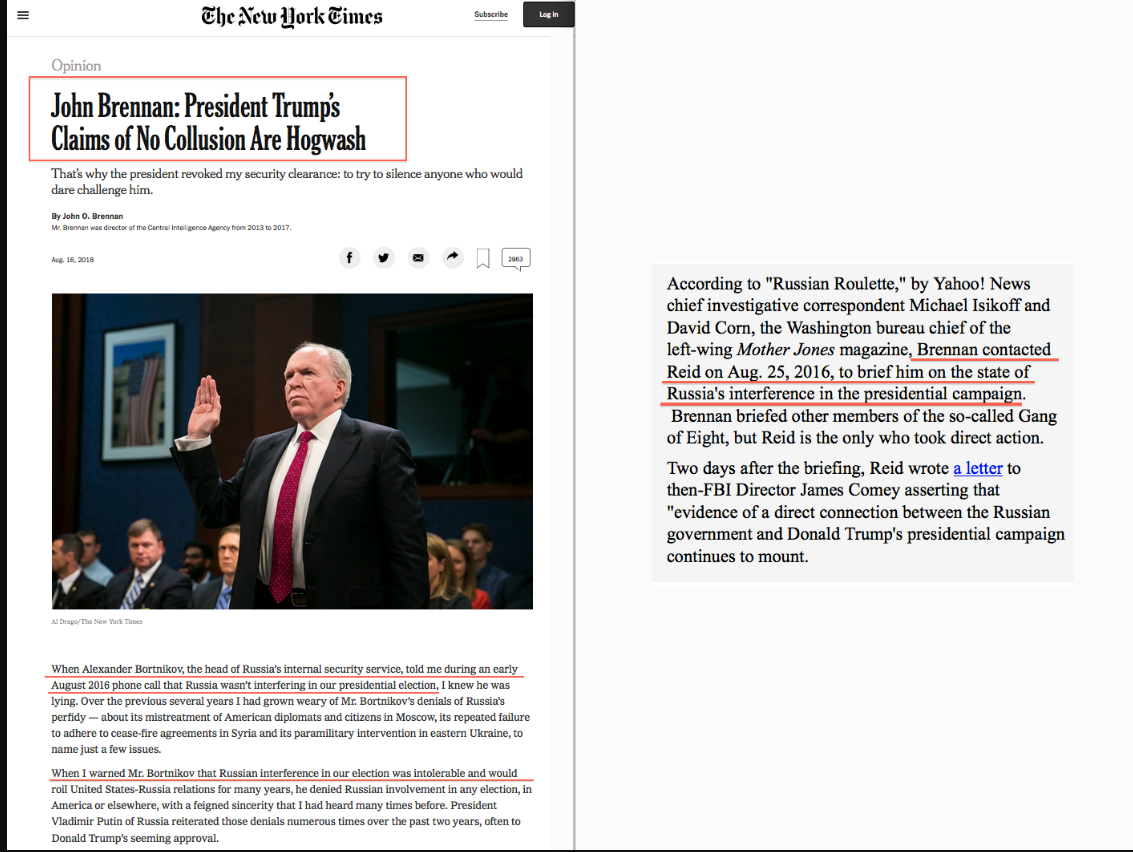 Remember that secret trip Brennan took to Russia ? Guess who he was meeting – Alexander Bortikov head of the FSB . Brennan & Bortikov & others came up with the dossier & laundered it through Steele .

Look at Kavalec’s notes from Steele’s meeting . He specifically points out that the Trump operation is being run out of the Kremlin & stress’s the point NOT the FSB . My thinks he protests to much . It’s almost like he’s covering up for the fact that that is exactly where it came from ….. how bout that .