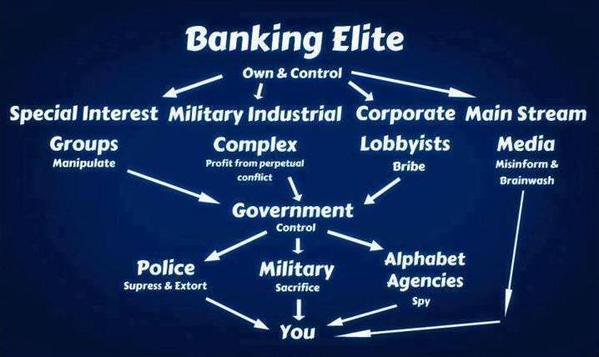 The U.S. needs enemies in order to provide the pretext for its trillion dollars a year Military Budget. The U.S. spends as much on its military as the next 12 countries combined and most of those other 12 countries are allies. 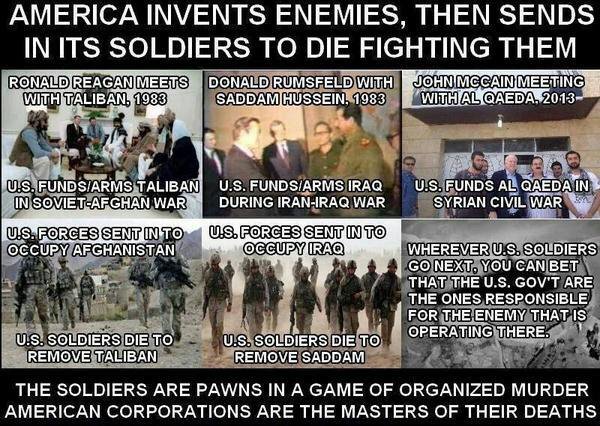 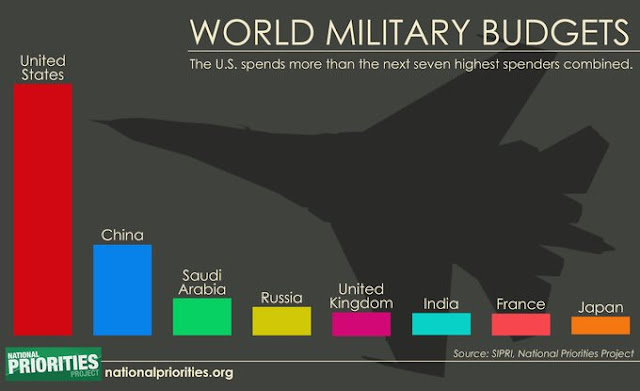 The U.S. government is completely controlled by Bankers, Arms Company Lobbyists and Foreign Interests.
It creates enemies and conflicts to maintain the power of the Military Industrial Complex. The CIA needs conflicts and enemies otherwise its budget would be slashed, so the CIA sets out to create them (and exaggerate the threat from the ones they have already created).

Must Watch Video:
All Wars are Bankers Wars
youtu.be/5hfEBupAeo4

The politicians love wars because that gets them loads of bribes (aka “donations”) from Arms Company Lobbyists, other Corporations, and Foreign Interests.
The politicians work for their major donors – not for you. 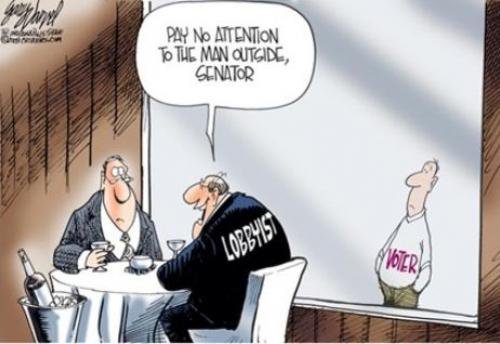 The media loves wars because war and conflict increases the size of their audience and thus the amount they can charge Corporations for ads.
The media also loves to increase hate in the world, because the more hate and conflict there is, the bigger their audiences are.
When there isn’t a real war or conflict going on, the media will often manufacture some political spat to keep a sizeable audience watching / reading.

The media is owned and controlled by Oligarchs and major Corporations.
The media will do whatever it takes to maintain, and preferably increase, the power and wealth of their owners, and the Oligarchs and Corporate CEO’s that they rely on for ad revenues.
The media isn’t interested in telling any of the truth – it is interested in maintaining and increasing its own Power and Profit.
It pushes whatever agendas the Oligarchs, Corporate CEO’s, Establishment politicians, and Corporate or Foreign funded “Think Tanks”, want pushed. 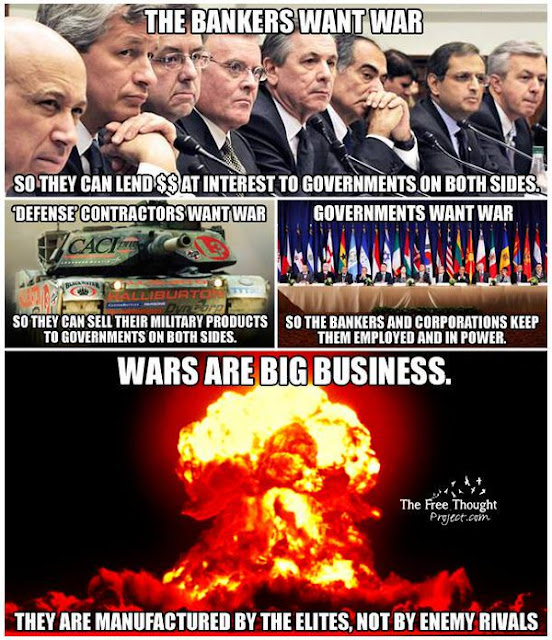 To learn more about what is actually happening in the world, why America’s Wars happen, and where we are currently headed, read these (the media will NEVER tell you any of this):

We are now in exactly the same scenario that led up to the start of WW1, which was engineered by Cecil Rhodes and his gang of Globalists at the UK’s Foreign Office.
Just swap Germany for China and Russia.

Unlike WW1, all the major protagonists in the current conflict have nuclear weapons and a hot WW3 would mean the end of human civilization and all intelligent life on the planet.

Secret History: Cecil Rhodes, The Round Tables, and the Oligarchs Secret Plot To Start WW1 – by James Corbett 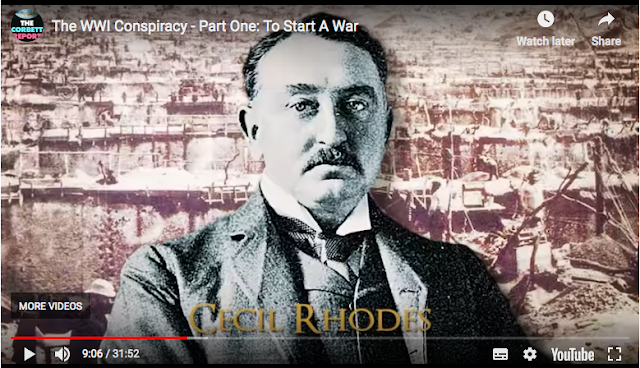