The US economy has set a new anti-record for the number of claims for unemployment.

There Are Still More Jobless Claims Than in 2009

Jeroen Blokland, market analyst and Head of the Multi-Asset Robeco Fund, demonstrates what a significant number of jobless claims in the US economy, six months after overcoming the crisis. According to him, even now the number of requests for benefits exceeds the peak of the 2009 financial crisis.

“To give you an idea. During the height of the Great Financial Crisis in 2009, initial jobless claims peaked at 665K. Six months into the recovery and at 840K we are still way above that number.”Jeroen Blokland via Twitter 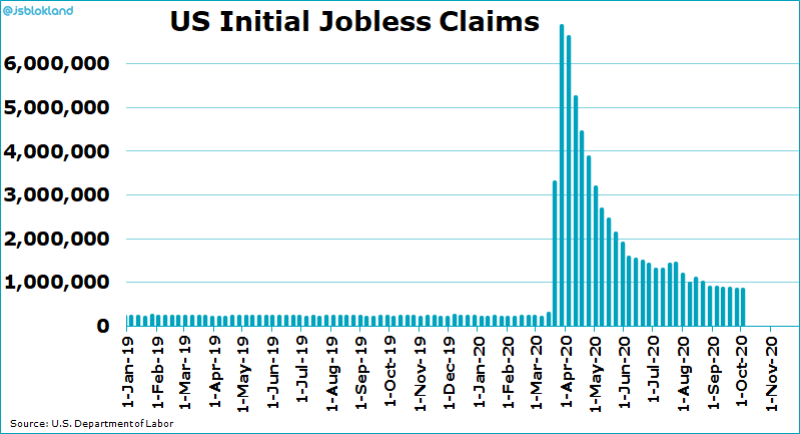 Let’s clarify that this is the maximum amount of jobless claims in the entire modern history of the United States, more than half a century. Previously, 2009 was indeed the leader, but now these indicators are in the shadow of new anti-records caused by a sharp increase in the number of unemployed due to the economic lockdown associated with the coronavirus.

Companies Are Struggle Too

Of course, the crisis caused by the pandemic has affected not only households but also companies. So, for example, most of the stocks of companies included in the S&P 500 still failed to recover from the crisis, is at levels below January.

Only the largest companies that focus on developed foreign markets show themselves, confidently recovering from the crisis. However, they, in turn, are more prone to correction: it was the stocks of the largest technology companies that led the short-term correction in early September, having lost a significant part of their market capitalization in just two weeks and they still might fall even deeper.