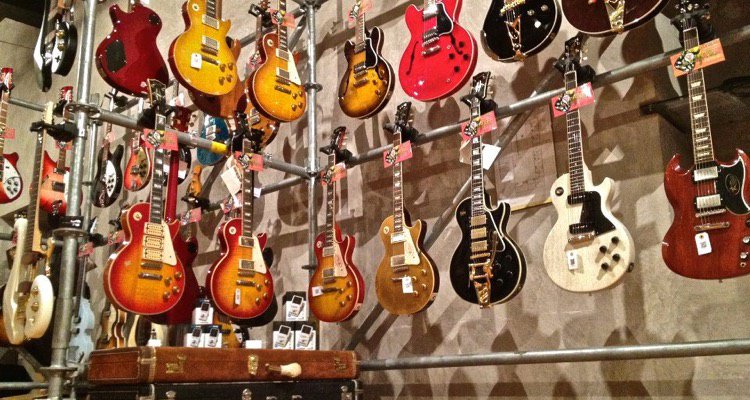 As Gibson Guitar slides deeper into debt — and closer towards bankruptcy — some drastic cost-cutting appears imminent.   Earlier this month, the Nashville-based guitar maker started trimming jobs at its prestigious Custom Shop.  But according to sources tied into the broader operations realignment, a far greater reduction is ahead.
In total, Gibson is now planning a reduction that will amount to roughly 12-15% of its current workforce.  The sources noted that some layoffs may already be in motion, while pointing to a ‘pretty aggressive schedule’ to tighten the company’s operational overhead.
+ February 16th: Gibson Guitar Faces Imminent Bankruptcy After 116 Years In Business
Gibson has several thousand employees, many of whom work in Nashville.  The company also employs a considerable workforce of subsidiary brands, all of which operate under the Gibson Brands, Inc. umbrella.