Stocks closed lower on Monday, giving up sharp gains from earlier in the day in a wild session that saw the Dow Jones Industrial Average travel more than 900 points. The S&P 500 closed in correction territory, down 10 percent from its recent high.

Traders blamed the possibility of more U.S.-China tariffs coupled with a drop in tech shares for the decline.

The Dow fell 245.39 points to 24,442.92, erasing a 352-point gain, as Boeing dropped 6.6 percent. At the lows of the day, the Dow was down 566 points before coming back shortly before the close. The 30-stock index also briefly dipped into correction territory. 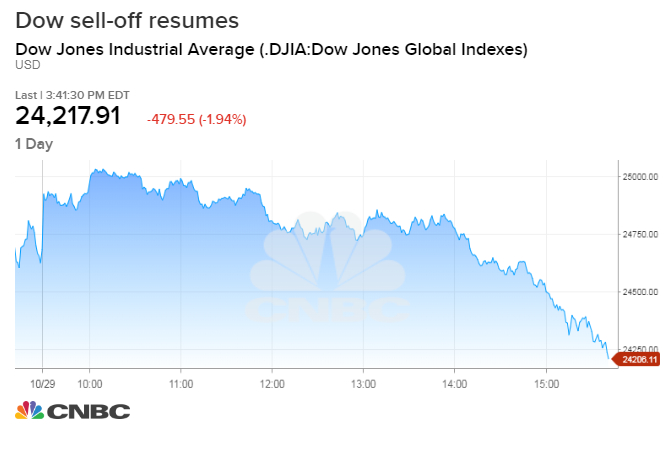 Stocks closed lower Monday in a volatile session with the Dow Jones Industrial Average swinging over 900 points as concerns about global growth resurfaced following a news report that suggested that the U.S. is about to intensify its trade war with China.