Guggenheim’s Scott Minerd squashed the consensus narrative that rates are on an “uninterrupted trajectory higher” and said the 10-year Treasury yield could be negative in 2022. In his latest investment outlook letter published Tuesday, the global chief investment officer said rising rates are not a foregone conclusion and explained that throughout history, every recession has been followed by a trough in interest rates several quarters later.

“Now, similar fears grip markets that reflationary pressures are paving the way to higher rates. No doubt, prices will rebound from post pandemic lows but given the surplus capacity throughout most of the economy and high levels of unemployment, any increase in the rate of inflation is likely transient,” Minerd said. In a chart, Guggenheim models the 10-year yield at -0.5% in January 2022, but that number is bounded by a two-standard deviation range of a high of 1 percent and a low of -2.0 percent.

READ  Peter Thiel: China may be using bitcoin as ‘financial weapon’ against U.S.
READ  Migrant Crisis Now WORST IN HISTORY, Biden's Plan FAILED, This Is A Disaster And Biden Created It 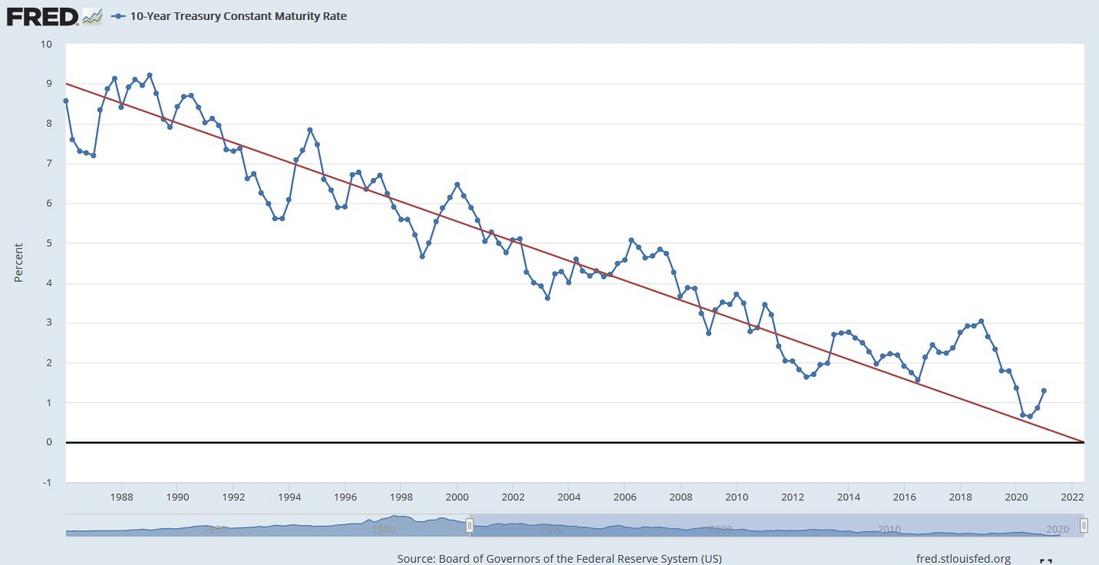