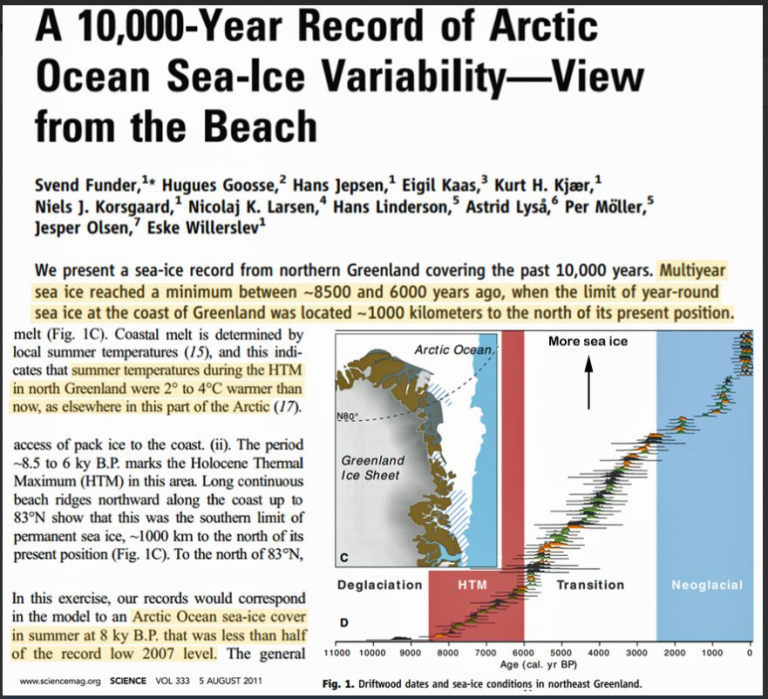 Atmospheric CO2 concentrations back then of course were much lower than the historically very modest 410 ppm we have today.
Early Holocene temperatures were 2-4 degrees warmer than today.

The period of the early Holocene, our present interglacial, according to all studies was between 2-4 degrees warmer than today. And CO2 had nothing to do with it, CO2 levels were at least one third less than today. Here is a chart from the Greenland ice cores that shows the peaks of temperature in the Holocene were 8000 years ago, and lesser peaks in the Minoan, Roman, and Medieval warm periods. We are at present sliding into the glacial period after the typical 13,000 years in the warm interglacial: