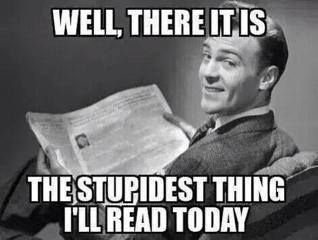 Tonight is a big night for the left. You know the drill already: “Drumpf isfinished” and similar liberal palaver. They never learn. I have bad news for never-Trumpers though: everything is yet another juicy nothing-burger, as in: Manafort was found guilty for stuff he did years ago, when he was not working for Trump; nothing to do with Russia collusion, but basically bank fraud/tax evasion charges. Period. Full stop.

Part deux: Trump’s shyster lawyer Cohen (who by the way enters history as the first shyster  lawyer to admit of recording his client) pleaded guilty for campaign finance violations, and that’s all there is. However, the fake news media is spinning this to keep their base pumped-up. Here’s NBC NEWS:

“ALEXANDRIA, Va. — A federal jury in Virginia convicted Paul Manafort, President Donald Trump’s former campaign chairman, on eight felony counts on Tuesday, but the judge declared a mistrial on the 10 other charges he faced. The trial was the first public test of special counsel Robert Mueller’s investigation, and while the special counsel was vindicated, the victory wasn’t total.”

Podesta got immunity for the same exact charges as Manafort by the way.

“Former longtime Trump attorney Michael Cohen pleaded guilty Tuesday to eight counts — including two campaign finance violations involving payments to silence women he believed could be detrimental to the 2016 presidential campaign. Cohen testified in federal court, according to his lawyer, that Donald Trump himself directed Cohen to commit a crime. “

In other words, Drumpf if finished, right? Here’s the truth: if Michael Cohen gave the goods on President Trump, he’d be the newest no-talent hack on CNN with a 7 figure salary, not going to prison for up to 5 years. Common sense, really.

His exact “admission” states “I have donated the money”! He donated? How is that implicating Trump?

Answer: It isn’t! Moreover, the funds used for the “alleged hush money” were from personal funds, not campaign funds! Cohen pleaded guilty for “donating” too much to a campaign to the tune of about $126,500.00. The law allows $3500.00, I believe.

That’s the “crime”, and it means nothing with respect to President Donald J. Trump! Here’s the deal: the prosecutors forced Cohen to plead guilty to non-crimes basically. The two campaign violations are not crimes. Seeking reimbursement for them may be fraud, but making those payments is not a crime. However, prosecutors have so much power over the accused that they can make them plead guilty to crimes that don’t exist. “Campaign Finance Laws” apply to people who use other people’s money. Trump funded his own operation.

No matter what, Cohen can’t waive Trump’s attorney client privilege. Campaign finance violations never  result in anything more than a fine. After the 2008 election, the FEC found the Obama campaign was guilty of $2 million in campaign finance violations, and Obama’s AG Eric Holder fined the campaign $375,000, i.e. the largest campaign finance violation fine in history; however, nobody was charged with a felony for that. If Cohen is fined the same amount or 18.75%, his fine should be only $52,500 and nothing more. If it’s anything more than that, it will further prove that the laws and rules are more harsh for Republicans and that Democrats aren’t subjected to the same laws and rules. As usual, I might add.

See also  In the US, Unions Spend More Money Than Corps/Banks on Campaign Contributions.

If these stupid deep state creeps wanted to energize the base, they couldn’t have done a better job with 2 years of this “muh Russia” garbage!