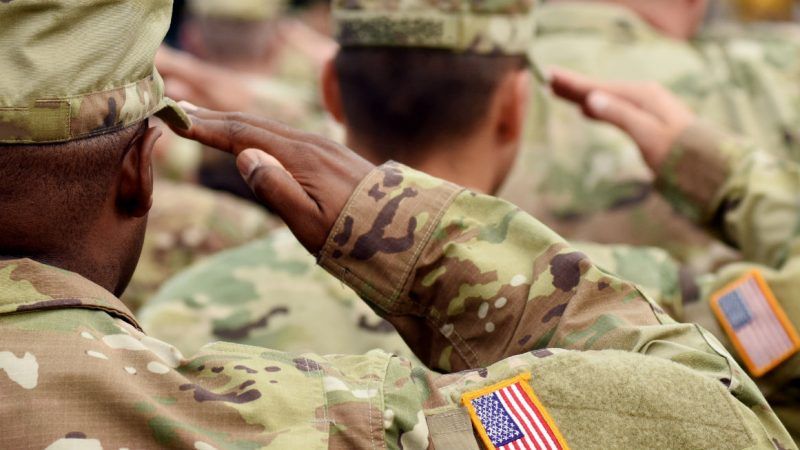 On Friday, the United States Army asked Twitter users how the service impacted their lives, likely as part of a Memorial Day campaign.

The sad responses are a poignant and timely reminder of the toll of war. Appropriate for the holiday, but probably not what the Army P.R. team intended.

When I was 18, in 1970, I tried to join the Air Force, cuz both my uncles were USAF. I took some tests and they wanted me, but on the way home, I got stopped and busted for 2 joints. While in jail, an Army vet just back from Vietnam came in and hung himself in the bunk below me.

My cousin Wes, has always been a little slow. He went into the Army as a mechanic. His fellow soldiers always made fun of him. He shot himself and lived while on deployment Iraq. The Army investigated it and proved Wes never should’ve been accepted much less sent into a war zone.

My grandparents were used as pawns serving the US army in aiding them on the Ho Chi Minh trail. They served in The Secret War, and when the US lost the Vietnam war the Hmong were left to die in genocide. To this day Hmong veterans are not recognized by the US army.

My cousin committed suicide while on duty at the armory after coming home from a tour abroad.

My mother was a Lt. and triage nurse in Vietnam. She’s been a broken person for the last 50 years over the things she saw. In December, she killed herself with prescription pills.

I am 23 years old and my mom still refuses to open up about her experiences in Desert Storm. 🙃 it has closed her off to emotion and affected our relationship more than you know.

My Grandfather was drafted from Puerto Rico against his will and taken to Korea to fight a war for the USA and when he didn’t want to kill ppl that didn’t do anything to him he was thrown in jail.

Didn’t serve, did pro bono legal work for veterans bc laws don’t let them hire attorneys to rep them in VA issues. Had a PTSD case, not from war but from being raped by other men. I realized reality of govt neglect despite “support our troops” propamantra

My dad, a Vietnam veteran, can no longer function without being stoned. He is terrified of crowds, loud noises, and strangers.

I’m a social worker on a hospice residential unit. I have a pt who is a Vietnam vet. There are signs posted EVERYWHERE warning staff to leave him alone when he’s asleep; and to NOT be within striking distance if we do have to wake him up, lest his PTSD gets triggered.

My half brother (Vietnam) struggles with addiction. My father (Korea) lost his hearing and struggled with back injuries. My grandfather (France) died. My step grandad (Japan) died. My poor grandmother lost 2 husbands to war.