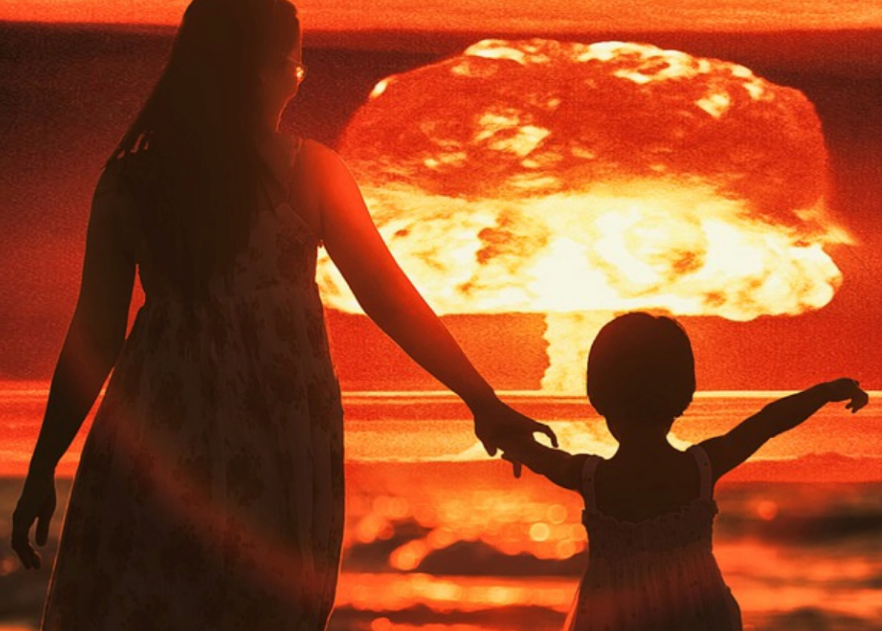 Here in the middle of 2021, Americans are generally feeling pretty good about things.  The COVID pandemic appears to be subsiding, our sports stadiums are full of fans again, the stock market has been soaring, and all over the country people are in the mood to party.  In fact, July 4th celebrations across the nation are likely to be quite boisterous this year.  But in China the mood is quite different, and the same thing is true in Russia.  In both cases, politicians are talking tough about the United States, and in both cases the military is being prepared for a potential future conflict.  Right now, our relations with China are the worst that they have been in decades, and our relations with Russia have never been this bad in our entire history.  But the vast majority of Americans are completely and utterly clueless about all of this, because most Americans couldn’t care less about what happens on the other side of the globe.

This week, China commemorated the 100th anniversary of the CCP, and Xi Jinping used that as an opportunity to warn that any nation that tries to bully China “will have their heads bashed bloody”…

“We will never allow anyone to bully, oppress or subjugate China.

“Anyone who dares try to do that will have their heads bashed bloody against the Great Wall of Steel forged by over 1.4 billion Chinese people.”

So exactly who do you think that Xi Jinping was referring to when he made that statement?

Do you think that it was Denmark?

No, of course he was referring to the United States.

During his speech, he also spoke very forcefully about reunification with Taiwan…

Resolving the Taiwan question and realizing China’s complete reunification is a historic mission and an unshakable commitment of the Communist Party of China. It is also a shared aspiration of all the sons and daughters of the Chinese nation. We will uphold the one-China principle and the 1992 Consensus, and advance peaceful national reunification. All of us, compatriots on both sides of the Taiwan Strait, must come together and move forward in unison. We must take resolute action to utterly defeat any attempt toward “Taiwan independence,” and work together to create a bright future for national rejuvenation. No one should underestimate the resolve, the will, and the ability of the Chinese people to defend their national sovereignty and territorial integrity.

Most Americans have absolutely no idea how serious this situation is.

See also  Health Freedom Is The Hottest Political Issue On The Entire Globe, And Our World Will Never Be The Same After This

In Taiwan, there is a big push to formally declare independence, and the Biden administration has been greatly angering the Chinese government by supporting the right of the Taiwanese people to determine their own future.

And if China invades, the U.S. military will intervene.

If a military conflict between the U.S. and China suddenly erupted, it would probably not “go nuclear” initially.  But China has been feverishly preparing for a scenario in which nuclear weapons will be used…

China is potentially expanding its missile silos following satellite image analysis – indicating the country is also seeking to increase its nuclear weapon stockpile. At least 119 potential silos were identified in the desert in Gansu Province spread over 700-square-miles to increase their nuclear arsenal which is estimated to be made up of between 250 to 315 nuclear weapons. It comes as President Xi Jinping issued a warning to ‘bullying’ foreign nations telling them to stay out of China’s business during a speech earlier this week.

In addition to construction at that site, the Chinese are building new silos in other locations as well…

“If the silos under construction at other sites across China are added to the count, the total comes to about 145 silos under construction,” Lewis, director of the East Asia Nonproliferation Program at the Center for Nonproliferation Studies, part of the Middlebury Institute of International Studies, said in a summary of his findings provided to The Washington Post. “We believe China is expanding its nuclear forces in part to maintain a deterrent that can survive a U.S. first strike in sufficient numbers to defeat U.S. missile defenses.”

Instead of focusing on making their military “more diverse”, the Chinese are actually working very hard to prepare for the next war, and the dramatic shift that we have been witnessing has stunned U.S. officials…

The discovery follows recent warnings by Pentagon officials about rapid advances in China’s nuclear capability. Adm. Charles Richard, who commands U.S. nuclear forces, said at a congressional hearing in April that a “breathtaking expansion” was underway in China, including an expanding arsenal of ICBMs and new mobile missile launchers that can be easily hidden from satellites. In addition, the Chinese navy has introduced new nuclear-weapons-capable submarines to its growing fleet.

Meanwhile, the Russians continue to talk tough as well.

For example, Russian President Vladimir Putin just warned that there would be an “asymmetrical” response if certain boundaries were crossed by western powers…

“No matter what sanctions are imposed on Russia, no matter what the scaremongering, Russia is developing and in some respects our country has surpassed the European countries and even the US,” he said.

While Putin said the nation would not be taking steps that would be harmful to themselves, he said if boundaries were crossed, they would find “asymmetrical ways” to respond.

And we don’t have to use too much energy to imagine what such an “asymmetrical” response would look like, because the Russians just put on quite a show for us 35 miles off the coast of Hawaii…

Russia’s defense ministry has announced it sunk an aircraft carrier just 35 miles off the coast of Hawaii in a huge war games exercise that has alarmed the US.

At least 20 Russian warships, submarines, and support vessels, flanked by 20 fighter jets, are taking part in the exercises – the biggest since the Cold War.

As the U.S. military focuses on “social change”, the Russians have been rapidly developing a whole host of incredibly advanced new weapons systems.  Here are just a few examples…

3M22 Tsirkon, also known as Zircon, is a winged, hypersonic cruise missile. With an operational range of at least 1,000 km and a maximum speed of up to Mach 9, Tsirkon can pose a credible threat against North Atlantic Treaty Organization (NATO) carrier strike groups (CSGs). Sarmat is a 200+ ton, liquid-fueled ICBM that supports a payload of up to 15 MIRV warheads; according to Putin, the weapon is virtually non-interceptable and boasts “practically unlimited range.” The S-500 “Prometheus” is the successor to Russia’s flagship S-400 “Triumf” missile defense system, offering across-the-board improvements in target acquisition, operational range, and tracking, as well as the functionality to engage hypersonic cruise missiles and targets flying at speeds of over 5 Mach.

During the Cold War, U.S. strategic forces had a clear edge over the Russians, but now the balance of power has shifted dramatically.

Most Americans don’t realize this, but in many areas the Russians completely outclass us now.

But at least nobody can grill hot dogs better than we do.