NEW – An “assistant professor” at Old Dominion University in Norfolk, Virginia, has come out in support of “destigmatizing” pedophilia – or, as Allyn Walker, a female-to-male transgender who identifies as non-binary, calls it “minor attraction.”

The “non-binary” sat down for an interview with the activist group Prostasia – a registered 503c which many have called “pro-pedophile” for their stances on legalizing child-like sex dolls and routinely comparing pedophilia to a sexuality.

"I think we believe societally, that stigma against MAPs serves to protect children because we don’t fully understand the differences between MAPs and sex offenders. Again, we have this confusion between the attraction and a criminal behavior." t.co/62YZGg9tbY pic.twitter.com/pPwEOjJUCo

The slippery slope is real.

It’s going to be like 2012 all over again but for pedophiles, it’ll come sooner than you think.

Pedophilia is next on their agenda 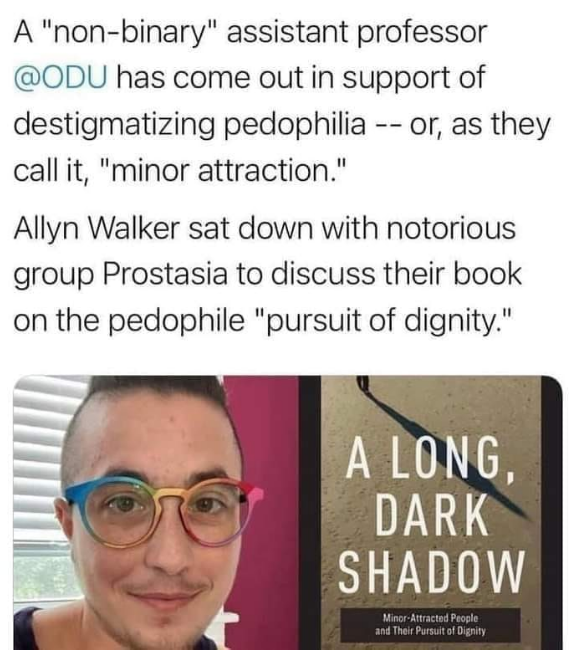