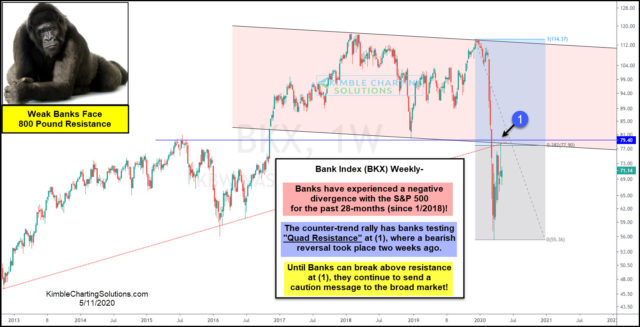 Is the Banking Index sending a caution message to stocks? It has for the past 28-months and it is experiencing a major resistance test of late!

The counter-trend rally over the past six weeks has banks testing a “Quad Resistance Zone” at (1). While testing this resistance zone, it created a large bearish reversal pattern two weeks ago.

Banks have been sending an important message about the overall health of the broad markets, long before virus concerns became front-page news.

What the Banking sector does at (1), most likely will send a very important message about the health of the markets for the next 60 to 90-days!