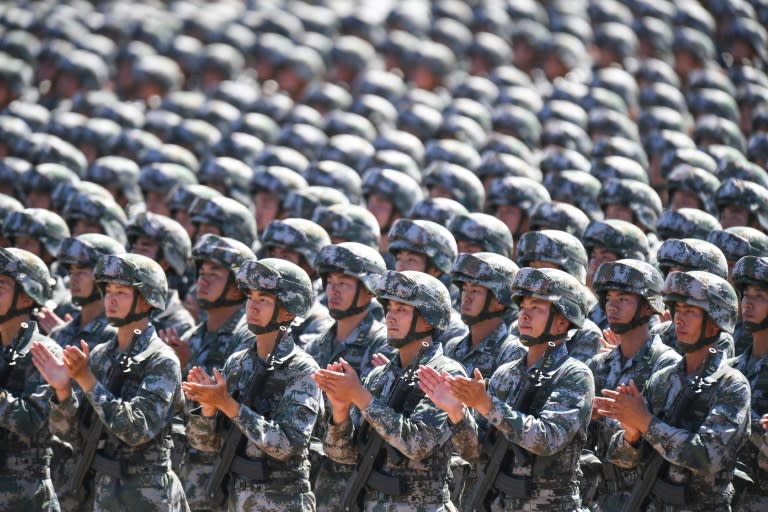 BEIJING – China sharpened its hostility toward the United States and Taiwan in a new high-level report on its future military strategy that accused Washington and its allies of undermining global stability.

Releasing the document on Wednesday, officials of the People’s Liberation Army repeatedly warned that Beijing would be willing to deploy military force to assert its claims over Taiwan. The self-ruled island has pulled closer to the Trump administration and agreed this month to buy $2.2 billion in weapons, including M1A2T Abrams tanks and Stinger missiles.

Taiwan’s incumbent Democratic Progressive Party favors declaring formal independence from China, a move that could spark confrontation in the Taiwan Strait, one of the world’s most heavily militarized flash points. China’s navy this month sailed its sole aircraft carrier into the strait in a show of force reminiscent of similar U.S. operations two decades ago that showcased American military dominance in Asia.

“If anyone dares to separate Taiwan from China, the Chinese military would not hesitate to go to war,” Chinese military spokesman Wu Qian said as he laid out what officials called a revised national defense policy for “the New Era” – a catchphrase that denotes the imprimatur of China’s assertive leader, Xi Jinping.

Beijing (AFP) – An unprecedented joint China-Russia bomber patrol over disputed territory off the coast of South Korea and Japan was a “massive development” in their bid to challenge US influence in the region, analysts said Wednesday.

The joint patrol caused outcry from Washington’s two main allies in the region after both Tokyo and Seoul claimed a Russian plane violated their airspace.

“It’s a big deal because it displays confidence that the air forces of the two nations can coordinate a patrol of this nature in ways that the region will almost certainly find destabilising,” said Lyle Morris, senior policy analyst at RAND Corporation.