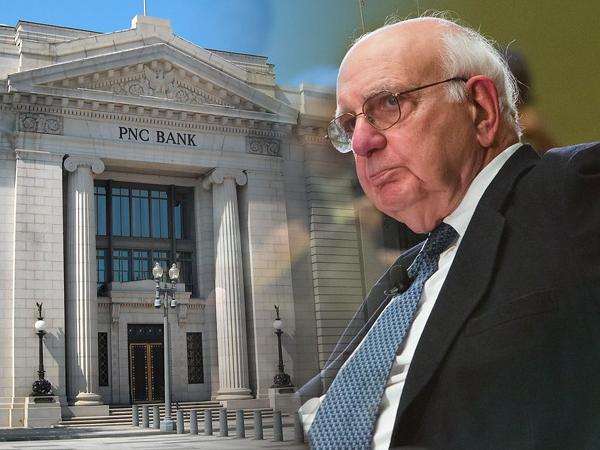 Part of the 2010 Dodd-Frank Act, the “Volcker Rule” was intended to prevent big banks from taking irresponsible risks.

It’s named after a former Fed Chair, the late Paul Volcker, who used this concept to curb out-of-control inflation in the 1980s.

But in spite of an already-uncertain economy, regulators are now proposing to ease these rules. According to CNBC:

The Volcker Rule was designed to prevent banks from acting like hedge funds. The general principle is that they are allowed to facilitate trades for clients, but not allowed to strap on risk for big proprietary bets.

The amount of risk a big bank can take on is about to change, thanks to the easing of these regulations.

The same CNBC article points out: “The change, which was floated earlier this year, will allow banks to invest more of their own capital in venture capital funds that invest in start-ups and small businesses alongside clients.”

So basically, the money you deposit into your bank account can be used by your bank for riskier investments that have greater potential of backfiring.

According to a ThinkAdvisor article, one of the reasons these changes were proposed in the first place was the difficulty in deciding which investments did or did not pass the Volcker Rule:

FDIC Chairwoman Jelena McWilliams argued when the final changes passed that simplifying the post-crisis Volcker Rule, ushered in by the Dodd-Frank Act in 2010, was needed, as Volcker has been “the most challenging to implement” for regulators and the industry. “Distinguishing between what qualifies as proprietary trading and what does not has proven to be extremely difficult,” she said.

Now that the changes are finalized, an estimated $40 billion could be freed up. It gives the impression of a “backdoor bank bailout” being given to banks, which were feeling financial pressure thanks to COVID-19 lockdowns.

But this easing of regulations doesn’t seem to do much for the consumer.

The Rule Change that Benefits Banks – But Not Much Else

Retirement savers won’t likely benefit from this easing of bank regulations. After all, you’re not going to see a penny of the $40 billion that could get freed up.

But if banks start becoming a sort of “hedge fund” thanks to the new changes, there is potential danger for you:

Excessive proprietary trading can lead to banks’ failure and “incentivizes bankers to make the biggest bets because they get to use other people’s money (from taxpayer-backed deposits) and keep the winnings but shift any losses to the bank and taxpayers,” Kelleher says.

If retirement savers could be left to foot the bill for risky investment practices on the part of big banks, that doesn’t seem like a fair trade when you get none of the profits.

One example of “how it could go wrong” already happened about eight years ago, according to American Banker:

How much latitude banks should have to hedge became a focus of intense debate after a JPMorgan Chase trader known as the London Whale lost $6.2 billion betting on credit derivatives in 2012. JPMorgan characterized the trades as part of a strategy to balance risks on the bank’s balance sheet, but lawmakers expressed outrage over the magnitude of the losses.

This brings into question how much power should be granted to banks over their investments, but that horse has already left the barn.

These gains may benefit the banks and select investors in the short term, but at what cost over the long term? With banks being given more leeway to gamble, now is a good time to shore up your own retirement.

Follow the Banks’ Example and Hedge Your Bets Now

Big banks like loose regulations, so they can free up capital to hedge against the possibility of economic recession in the future.

So it’s a good idea to consider taking control of your own retirement and hedge against potential economic unrest, too. Reducing your risk exposure through diversification of assets is a good start.

Shoring up your retirement savings and making sure it can weather any potential storm is another good idea.