from John Wilder at WilderWealthyWise.

“What do you know about gold, Moneypenny?” – Goldfinger 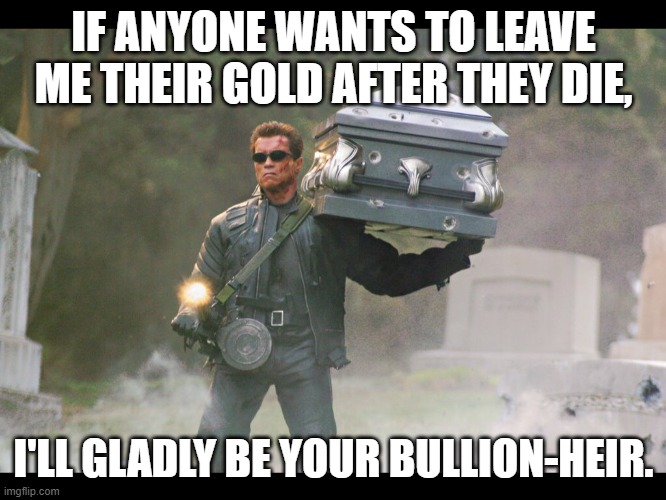 One of the few things that Pa Wilder left me in his will was his bed. I guess you could call it an heir mattress.

On April 5, 1933, Franklin Roosevelt signed an executive order that made the owning of more than trivial amounts of gold by individuals illegal. Owning gold wouldn’t be legal again until Gerald Ford signed a bill into law that reversed that abomination of a policy.

That law went into effect on December 31, 1974, and people could once again buy gold.

In 1933, the price of gold was fixed: $20.67 per ounce. It didn’t vary, because the value of the dollar was pegged to the price of gold. The Fed© couldn’t print dollars unless they had at least 40% of that value in gold to back it up. 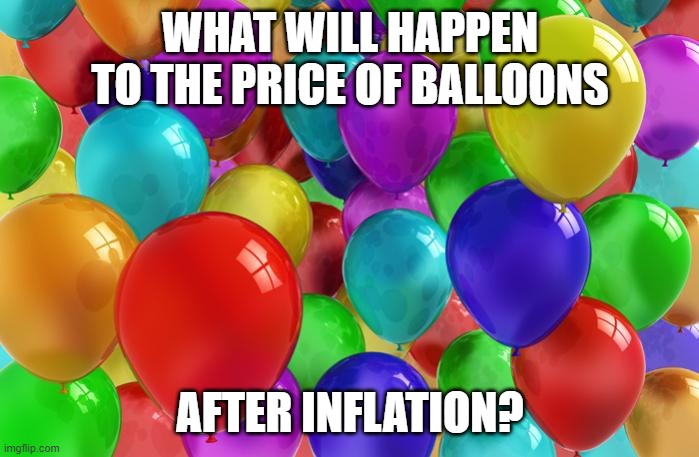 Pro tip: If you have a balloon elephant that won’t fit in your backseat, you can always pop the trunk.

What did the government then do?

The penalty for “hoarding” gold was a big one: a $10,000 fine and up to 10 years in the slammer. I guess the government didn’t (and doesn’t) like competition when it comes to stealing.

It was the biggest heist in history – until Nixon severed the link between the gold and the dollar completely. After that, people could own gold again. There was no real reason for the government to not allow them to own it: they had now stolen the rest of the value of the dollar. 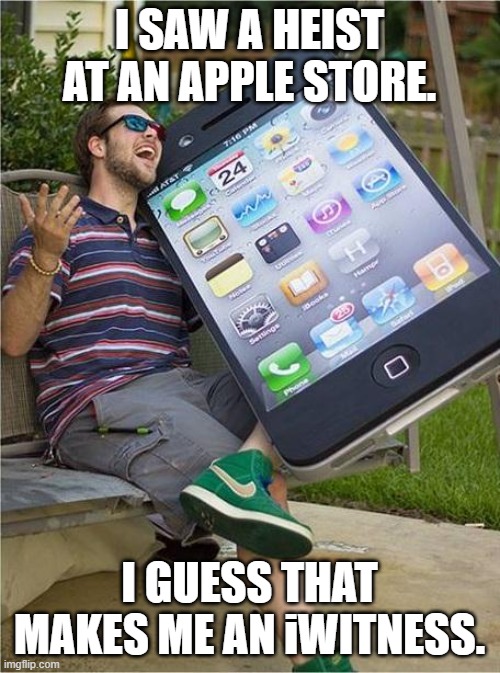 If you rob a vape store, is that a Juul® heist?

Since Nixon removed all gold connection, a dollar is worth (today) about 1/1800th of an ounce of gold.

But that isn’t enough to feed the beast.

The (metaphorical) printing presses have been shoveling money into the economy under the mistaken assumption that all we need is additional debt to keep the engine going. It’s like a demented congressman who doesn’t understand engines deciding to open up the hood of an F-150® to just pour gasoline on it using the dim understanding of a toddler that, “gasoline makes engines go, so if I pour enough gasoline on the engine, it will be as fast as a spaceship.”

That’s really what passes as logic in Washington, D.C. now. I keep writing about the economy in the slim hope that whatever passes for an intellect in the halls of congress will get distracted enough to spend at least a minute or two learning before returning to the concept of, “Ugh, free stuff good. Grug pay for stuff easy because all money free. Wonder why Grug’s armpit’s stink?” 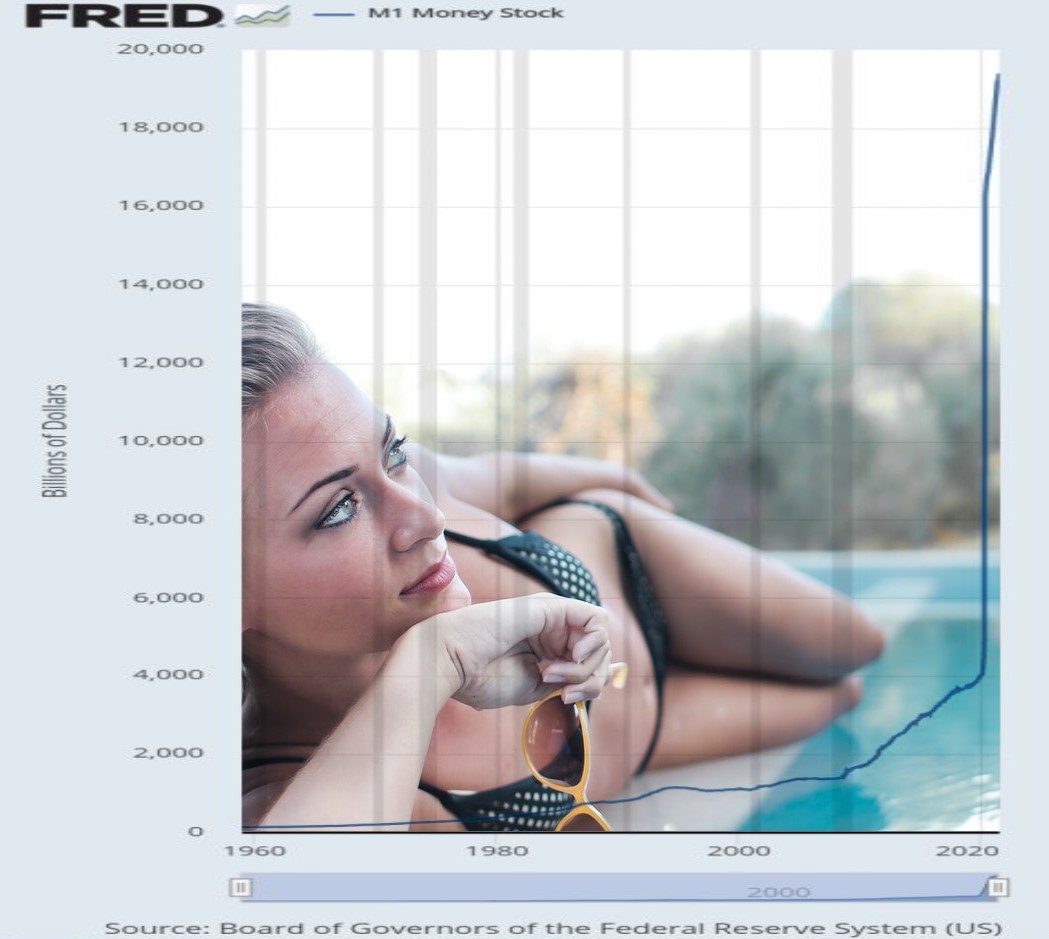 See, economics can be interesting!

The Fed® has gone all-in on this economic shadow puppet theater, shoving pools of money toward banks to shore up their balance sheets. Some of the people who are on the winning side of this great wave of money being sloshed around have even spent some.

And people are happy. “Hey, I sold Ma’s old house after she passed away for twice what she paid for it in 2000! I made out like a bandit.”

It’s not all bad. Thankfully, the velocity of money is down.

What’s the velocity of money?

That’s how fast a dollar gets spent. Poor people move money the fastest – a dollar comes in and, poof, out it goes again. They have to spend it because they don’t have any spare money. They get paid on Friday and on Saturday it’s turned into rent payments and insurance payments and Cheetos® from Target™.

See also  You are funding these Criminals. They use your Retirement money against you 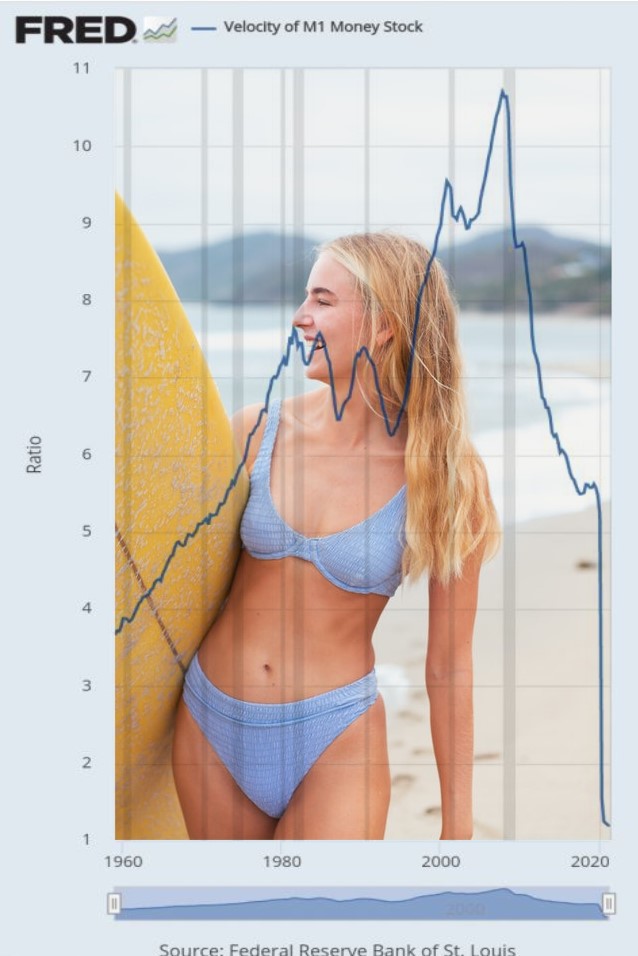 Roses are red, roses are blue, depending upon their velocity relative to you.

But the velocity of money is now slower than Joe Biden when he’s asked difficult questions, like, “What is the year, Joe? Hey, we’re talking to you. Dammit, he’s gone catatonic again. Someone get those squeaky toys he likes. And keep Kamala out of the vodka.”

Things would be far worse if the velocity of money hadn’t dropped so far that it was moving as slow as Oprah trying to get off of a couch. Since poor people slosh it around so much, that means it’s exactly where the Fed® put it: with the rich people.

So, if the money supply has gone vertical, then why hasn’t the price of everything doubled?

And most of it is sitting in pools right now. Except for the early adopters who are looking for something, anything to buy so that when the dust clears out of the coming inflation that they are richer than ever and Oprah has even more Twinkies®.

I’m not against capitalism – but this isn’t capitalism. It’s a rigged card game where your money evaporates – first slowly, and then all at once.

The engine of debt isn’t driving economic growth anymore. What the debt is doing is papering over the holes in the system so that it keeps going another week, another month, and hopefully another year. 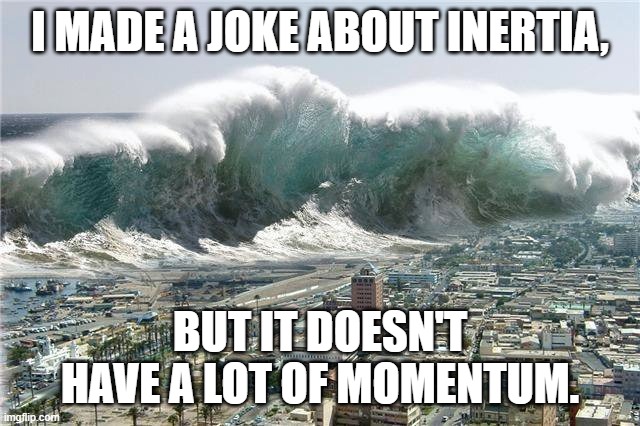 Why did Princess Diana cross the road? Inertia.

The economy has inertia, though. Even though it’s working on the most significant collapse in the history of the United States, people still believe. They take dollars because they believe. They believe the rules aren’t going to change.

Since we’ve seen this game before – we can take at least some steps to protect ourselves. I suppose it’s time to buy PEZ® before the rush . . . .