Over the past several decades, the left has convinced United States citizens that it is the only option for black and other minority voters. If any blacks dare to deviate from this narrative, they get labeled as an “Uncle Tom” or worse. Fortunately, for the benefit of America’s black community, many black intellectuals have risen to prominence who challenge the left’s perceived ownership of the black vote. And while I do not think the color of someone’s skin matters when seeking truth, these intellectuals provide a perspective and persuasive ability that can’t be matched by others. 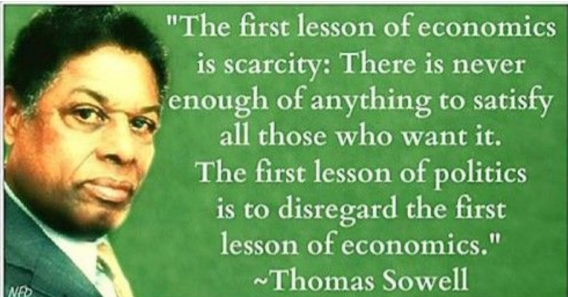 Perhaps one of the greatest intellectuals of our time is Thomas Sowell. Sowell is an economist and social theorist who is currently a Senior Fellow at the Hoover Institute. He has written bestselling books including “Black Rednecks and White Liberals”, “Basic Economics: A Citizens Guide to the Economy” and “Discrimination and Disparities”. Sowell has built an illustrious career by pointing out the economic illiteracy of the left. For this reason, you will almost never hear him mentioned by mainstream leftists. He is a powerful black man armed with economic facts; a dangerous weapon against the left. 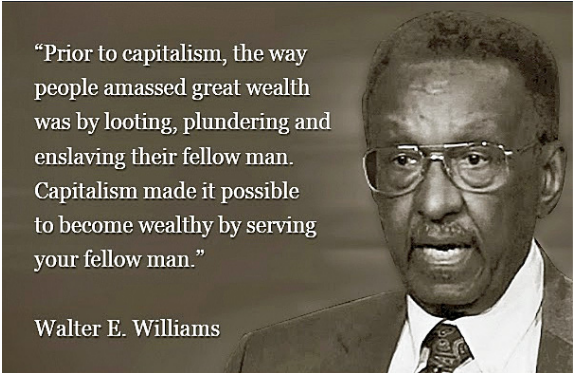 Walter Edward Williams is an economist, commentator and academic. He is the John M. Olin Distinguished Professor of Economics at George Mason University. Like his friend Thomas Sowell, Williams is an outspoken critic of leftist politics. He has torched the left for their misguided social justice. He points out the fact that liberal whites do not hold blacks to the same standards of civilized behavior; a soft bigotry of low expectations. Because Williams is armed with facts and logic, he is dangerous to the left, which is why you will never hear the left talk about him. 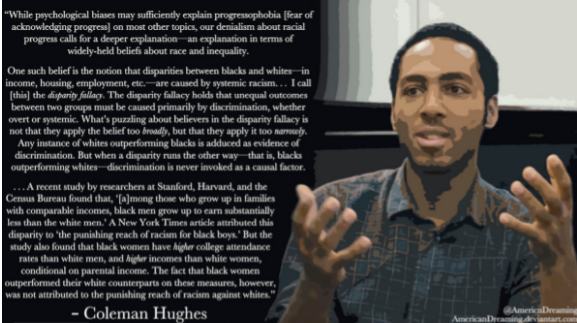 Coleman Hughes is a young man with an intellect far beyond his age. He is a writer for the classical liberal media company Quillette and, surprisingly, still only an undergraduate at Columbia University. Hughes often talks about how leftists interpret any negative disparity between whites and blacks as evidence of racism. As Sowell and Williams point out as well, this rids the black community of personal responsibility, which will be very detrimental to them in the long-run. Hughes is one of the most interesting up and coming intellectuals, and because he’s black and armed with logic, leftists will avoid him like the plague.

See also  Rep. Massie says everyone at the CDC needs to be fired for lying about coronavirus

These three intellectuals should be respected for their ideas and arguments, not simply their race. But because the left puts so much emphasis on race, it’s important to know that there are black people who can think circles around the left’s flawed ideology. The left knows that they would be outmatched if they ever engaged in debate with these gentlemen because they could not fall back on identity politics. Pay close attention to these three, and the many other black intellectuals in the world, to soak up all the valuable information they share.