Now it's getting interesting. House of Congress calls Justice Department for Action against @RobinhoodApp #melvincapital and #citadel regarding #wallstreetbets and #GameStop, #RobinHood pic.twitter.com/xo6lysq9aU

As I mention in the thread, I've spoken to several people hit by these force-sells, and only about half of those people are trading on margin.

A margin call would be an acceptable use of a force-sell. That does not appear to be the full story here.

The Wall Street lockstep to protect institutional clients by explicitly locking out retail investors is by far the most brazen, public act of market rigging America has seen in years. Congress must investigate. t.co/9k6JZoPAzx

Democratic Rep.@RoKhanna joins the growing bipartisan condemnation of trading platforms like @RobinhoodApp, which locked retail investors out of their $GME $AMC $NOK $BB positions while allowing hedge funds to gorge at the trough. t.co/2hgo2F9P4H

Wow, @RobinhoodApp does in fact seem to be closing out $GME positions on behalf of retail investors, arguing it's for their own good. 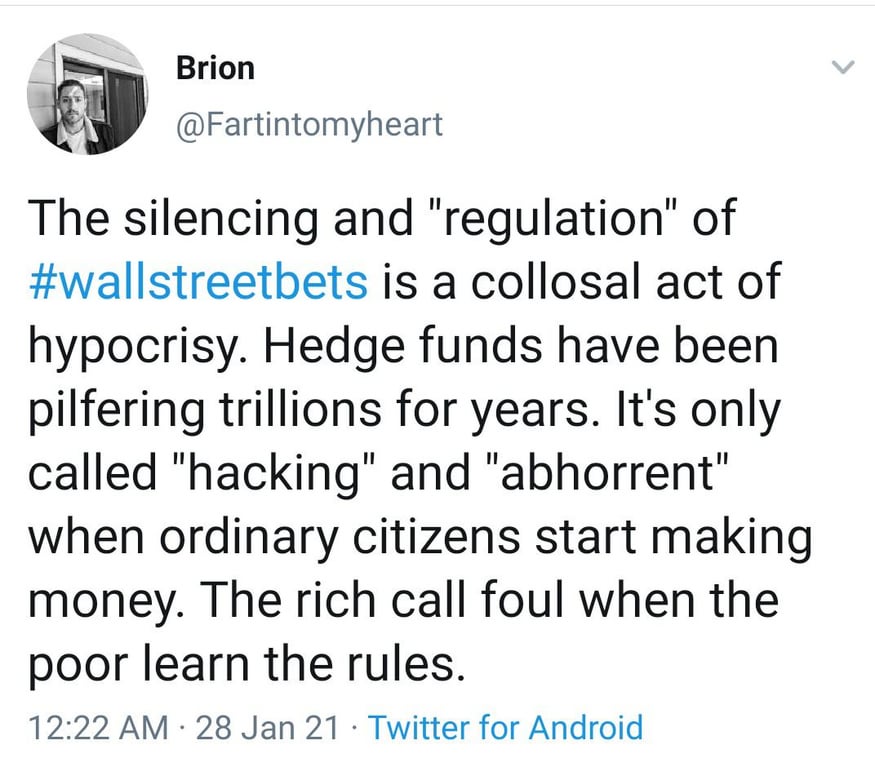