Beijing, reluctant to bail out the country’s most heavily indebted property developer, is asking local officials across the country to prepare for a ‘possible storm’

SINGAPORE—Chinese authorities are asking local governments to prepare for the potential downfall of China Evergrande Group , according to officials familiar with the discussions, signaling a reluctance to bail out the debt-saddled property developer while bracing for any economic and social fallout from the company’s travails.

The officials characterized the actions being ordered as “getting ready for the possible storm,” saying that local-level government agencies and state-owned enterprises have been instructed to step in to handle the aftermath only at the last minute should Evergrande fail to manage its affairs in an orderly fashion. 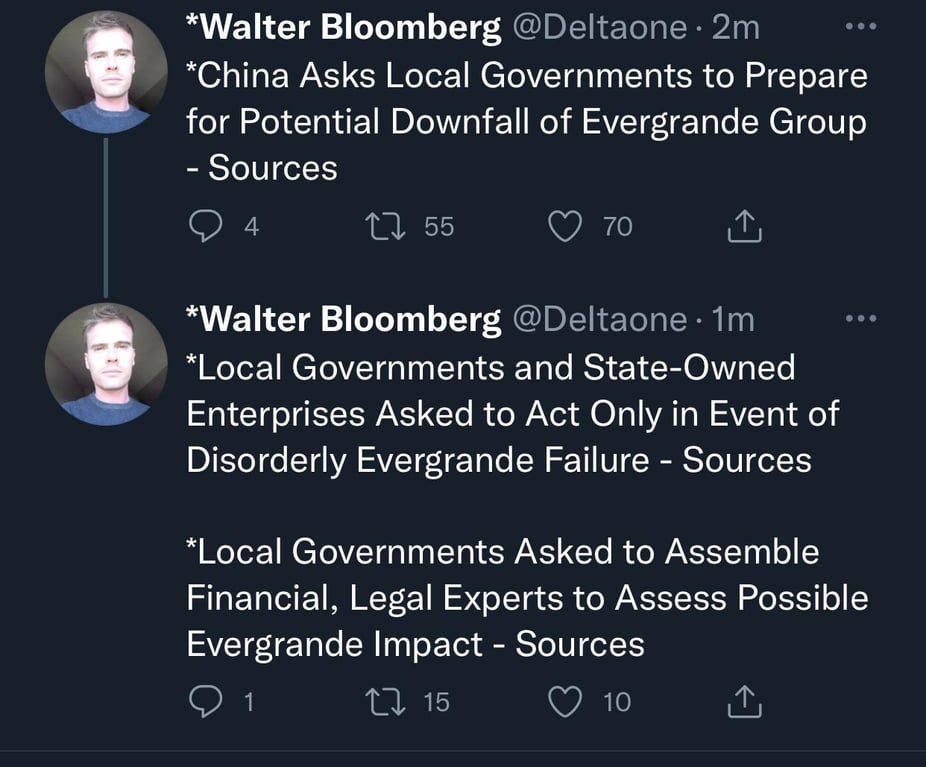 Wow! Real estate financing in China down 50% y/y in August. And so it begins (and it’s going to be spectacular 😊). t.co/TcfgT0wsuR