“The sudden death of my friend 26 year old Bre Payton is beyond strange.  She dies just after breaking the story of DOJ wiping the Page-Strozek emails.  The Profiling Project may open a major investigation.” 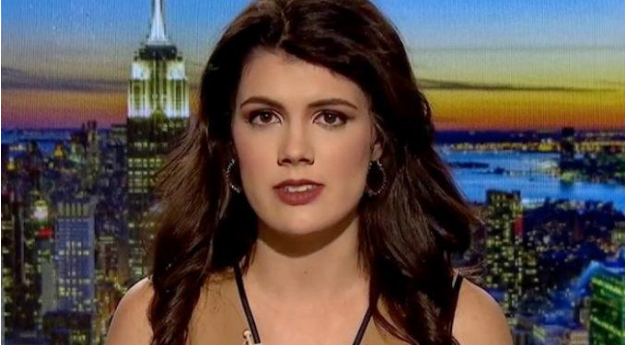 I am not accusing anyone of taking the life of this excellent reporter.  Some say she died of the flu, but some do not believe the flu took her life.

She had just broken a story on Mueller allegedly wiping messages between disgraced former FBI agent Peter Strzok and his lover Lisa Page.

I did not have any information on her breaking news story concerning the messages, so I had to research that to report it as truth.

“The DOJ wiped text messages between former FBI employees, Lisa Page and Peter Strozk, before the Office of the Inspector General could review them.

The Department of Justice wiped text messages between former FBI employees Lisa Page and Peter Strozk from their cell phones before the Office of the Inspector General could review them, a new report from the DOJ watchdog reveals.

Page and Strozk’s involvement with special counsel Robert Mueller’s investigation has been heavily scrutinized after it was revealed they had sent numerous anti-Trump text messages back and forth to one another. Mueller has been tasked with looking into whether or not Donald Trump and his campaign associates coordinated with Russian officials to steal the 2016 election away from Hillary Clinton.”

The report can be found here –

We know that Bre Payton did report on this alleged incident.  I, myself, believe it is truth, but how she passed from this world – I do not know.

Bre Payton, a conservative journalist and commentator who made appearances on Fox News and One American News Network, died suddenly on Friday. She was 26 years old.

A native of California, Payton studied journalism at Patrick Henry College and was hired as a staff writer by The Federalist in 2015. In that short time, she quickly became a rising star amongst conservative circles.

On Thursday, a friend had found Payton unresponsive and barely breathing. Payton was taken to the hospital, where it was determined after a CT scan and extensive testing that she had H1N1 flu and possibly meningitis. Her condition did not improve. By Friday she had passed away.

“Bre brightened the lives of everyone around her,” read an obituary posted on The Federalist. “She was joyful, hard-working, and compassionate, and she leaves behind friends and colleagues for whom she brought nothing but sweetness and light.”

It was a heartbreaking shock to all who knew her or enjoyed her work. News has broken that conservative writer for The Federalist and frequent Fox News guest Bre Payton has passed away.

The 26-year-old died from a sudden illness. According to Fox News, she had been on television just days prior to her passing.

Co-workers and friends took to Twitter to share their shock and heartbreak. Some tweets began with prayer requests for Payton when she suddenly took ill.

A post on Caring Bridge explains what happened. “Around 8:30 this morning, December 27th, Bre’s friend went into her room and found her unresponsive and barely breathing.”

“She immediately called 911 and Bre was taken to the hospital where she was admitted to the ICU, sedated & intubated, and doctors began working up a diagnosis. After a CT scan and hours of testing, they have determined she has the H1N1 flu and possibly meningitis.”

“The doctors are concerned that her neurological signs are not great at this point and have informed us the next 24-48 hours are going to be critical for her. George is in the hospital with her in San Diego and at this time we’re just asking that you lift Bre up in prayer and ask for a healing miracle and a full recovery.”

“Everyone in the family is overwhelmed at this turn of events and is focusing all their attention on blanketing Bre in prayer and love. The outpouring of support the entire Payton family has received since Bre’s hospitalization has been amazing and this site will be updated as often as possible so they can continue to focus their attention and love on Bre’s recovery while still having a place to see all the well wishes and prayers from everyone.”

The post concluded with what now adds to the heartbreak of the story. “We cannot wait for Bre to be able to see how much love and support she had during this fight when she’s out of the hospital and on the road to recovery!”

READ  Lawyer Fighting Cases of Vaccine Exemption, Know Your Rights Under The Law

Some expressing their heartbreak over Payton’s death were quick to ask for prayers and support for her loved ones. Her family and friends must surely need it at this time.

The Federalist published a tribute article to Payton, beginning with biographical information about the young writer. Then they wrote about her meteoric rise.

“Bre joined The Federalist in April of 2015. In the space of just a few years, she became a rising star on cable news, regularly featured as political commentator on Fox News Channel, Fox Business Channel, and OANN.” From there, they shared their personal reflection on who she was as a person.

“Bre brightened the lives of everyone around her. She was joyful, hard-working, and compassionate, and she leaves behind friends and colleagues for whom she brought nothing but sweetness and light.”

“Though we are heartbroken and devastated by Bre’s death, we are comforted in the knowledge that she was a woman who lived a life marked by deep Christian faith, trusting in her Savior, Jesus Christ – in the God who promises the way our story ends is that ‘He will wipe every tear from their eyes, and death shall be no more.’”

It is unknown at this time if the Caring Bridge page will be taking donations to help pay for funeral costs. As of the afternoon of December 28, 2018, it showed that 49 people had donated (possibly due to the initial medical situation).

Additionally, the page noted that, “When you give by December 29, your donation to CaringBridge will be DOUBLED, up to $25,000, thanks to a generous gift by the CaringBridge Board of Directors.

The Federalist added to their tribute that information about her funeral would be shared once it is known.

RIP Bre Payton and thank you for your dedication and courage as a reporter.