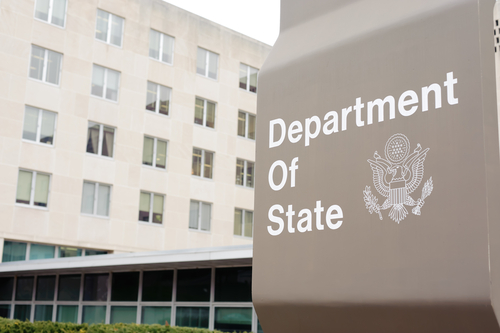 The story being used against Trump and his travel-ban against the four Muslim countries concerns the sad story of the terminally ill 2-year-old boy, whose Yemeni mother had to sue the State Department to get a visa to join him in a California hospital. His father was American, but the boy’s mother was Shaima Swileh, who had fled to Cairo, following the outbreak of war in Yemen in 2016. She was denied a visa because this is simply the way bureaucrats operate. As soon as she had to file suit against the State Department, she was immediately granted the waiver.

While they try to spin the story to be anti-Trump, in reality, bureaucrats simply cannot make rational or logical decisions. When I tried to mail a Rome coin to a client and I stated on the insurance at the Post Office it was a Roman coin, they refused to allow me to mail it. They said it was ILLEGAL to mail money. I explained this was a coin from 270AD. They said it was money and therefore they refused to allow me to mail it. There was nothing I could do to explain it was not money that anyone would accept. That was just too far over their head. Money is money to them because it has that rule in the book. I had to return and mail it with the new description “antiquity” and that was perfectly fine.

See also  Charts For A Crazy World: Did Investors Just Realize Their Problems Are Unfixable?
See also  Urgent Alert! ARE YOU ON THEIR LIST?? Big Tech Just Joined U.N. To Initiate 'Extremist' Committee...

The travel ban had a waiver section. If it did not, the State Department would have been compelled to fight. They immediately granted the visa with no further proceedings necessary. This is why these people who are incapable of functioning in the real world go to the government. They do not have to have common sense and it appears that may be an unspoken required qualification – just do as you are told and shut up.