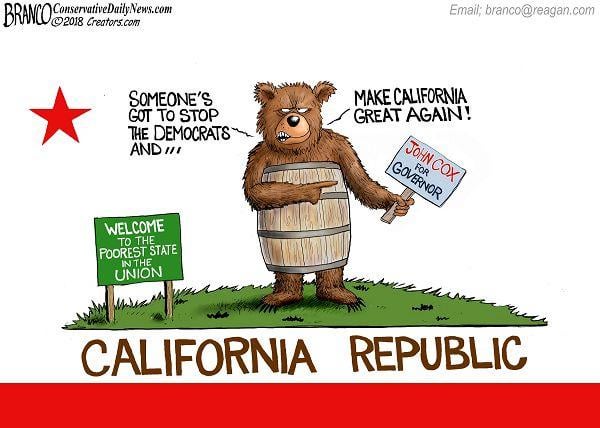 California Governor’s Veiled Threat To Trump: “Something’s Got To Happen To This Guy”

if you want to see what the beginning stages of socialism look like, look at Cali. The gap between the filthy stinking rich and the homeless is crazy.

I live in SC and just had my kitchen remodeled. The floor installer had just moved here from Huntington Beach and he said he was born and raised in California, loved it and was always able to make a decent living as a general contractor out there but simply could not afford it anymore. It’s not the rich elite leaving–they have plenty of money and can’t see a problem. It’s not the dirt poor leaving because they’re dirt poor and can’t. It’s the working middle class that’s leaving because they aren’t stinking rich and don’t want to be dirt poor.

See also  County Clerk Submits Report That Colorado Secretary of State And Dominion ‘Destroyed’ Election Data
See also  Biden says if you are in a state along the path of a hurricane. Your best protection is to Get Vaccinated!