QUESTION: Socrates did an amazing job. It called the high in BitCoin right to the day. That makes me wonder. After thinking quietly about the claim that cryptocurrencies will replace everything as a new world monetary system because it will not be centralized and created by a central bank, this seems to be complete BS if the majority of money is created by lending banks. I asked a diehard proponent and he said we have to stop banks from doing that and suddenly the world will be a better place. I think that means no credit and everything would collapse. Am I far off here or are these people at least partially correct? Am I missing something?

ANSWER:  No, you are correct. These people do not understand the monetary system and they take one simple fact and they blame everything on that and the solution is a cryptocurrency to eliminate central banks and the creation of money by lending. That is so impractical it just shows the lunacy of it all. If you stop the creation of money by lending, do you realize property values would crash? We would be back to the Dark Ages where if you wanted to sell your house, the price would be ONLY what cash someone has. That is why FDR created the 30-year mortgages. Real estate fell to virtually zero. It was being auctioned off at 10 cents on the dollar or less.

READ  Beyond Bitcoin: The Top Cryptocurrencies of 2021 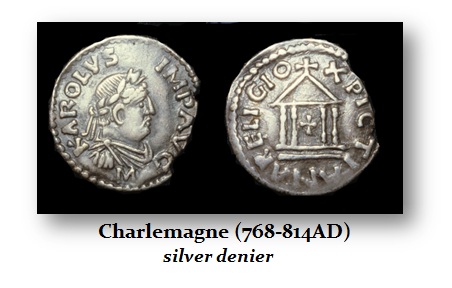 All pension funds would be wiped out. The savings accounts would not be there for probably 80%+ of banks would close if not 100%. To suggest that the solution is the end of central banks and bank lending, you are talking about blood in the streets. The riots would be incredible if not revolution. The Dark Age was a period where there was no banking and no trade. The Dark Ages was originally classified as the 10th and 11th centuries. There was no lending. People worked for food. They were given land to cultivate and the “landlord” took 80% of the production. They received no wages prior to the Black Death.

The coinage of this period reflects how the economy functioned. The coins are rarely found more than 30 miles away from where they were struck. This confirms that there was no trade. These castles were isolated economic systems with an economy that was 90% agrarian. Banking emerged only with merchants who began to travel selling spices that began to import from the east all over again. In Germany, the merchants who became the banker because they made so much money (merchant banking), were called “Peppermen” because pepper was worth more than gold by weight.

This is what we would return to with no bank lending and no central banking. It’s just not a practical solution. It does not matter what the money actually is. The banks that emerged took deposits and gyro banking was invented. Why? There were far too many clipped coins and counterfeits in circulation. You had to inspect each and every coin for every transaction. It was far more efficient to deposit the coins and the bank certified the coins. Thus, you wrote a check and transferred the funds from your account to another and nobody had to inspect every coin.

If we are going to look at solutions, you just throw these wild ideas out there. They are usually put out there by people who have absolutely no experience in the world economy and assume they know everything.