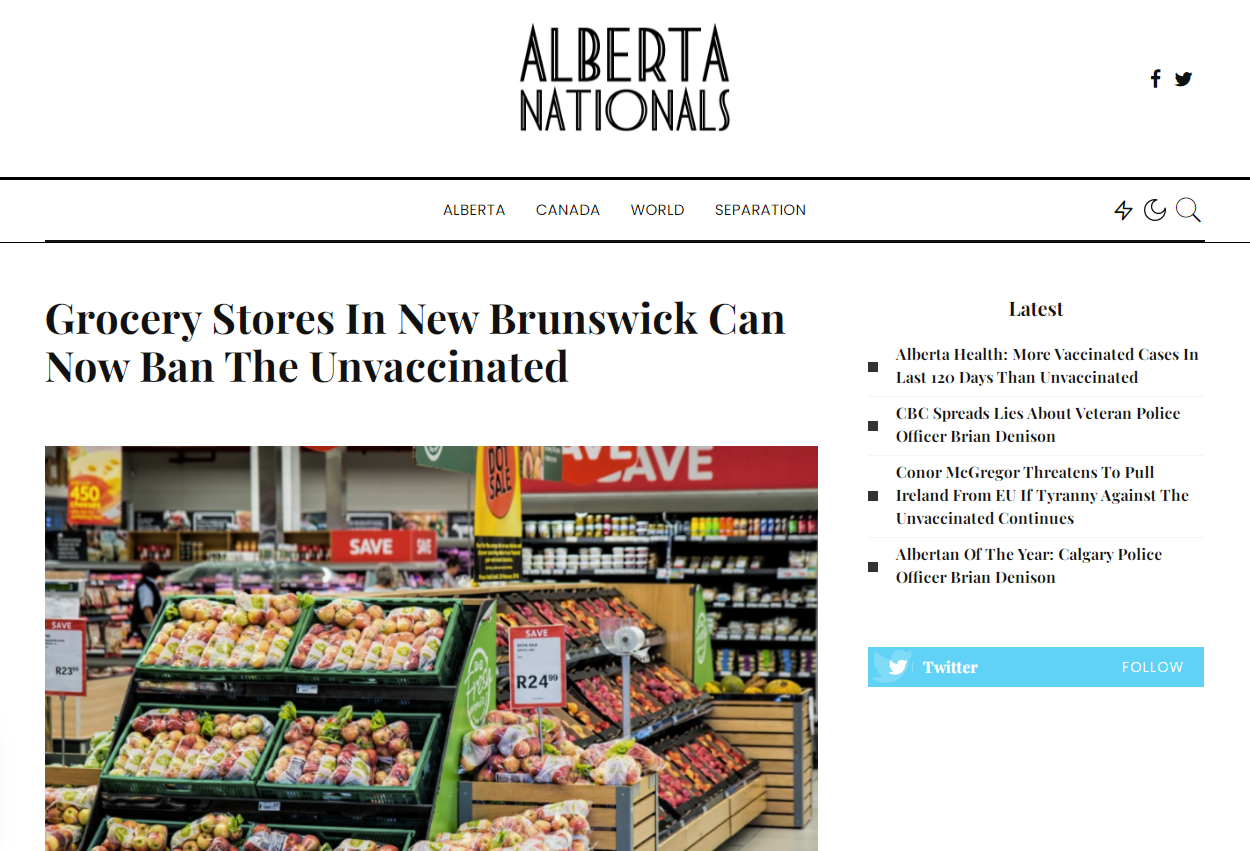 Politicians are not just violating the foundation of a free society, they are now moving to such tyranny unmatched throughout history. These governments will not relent. They have been deliberately trying to destroy the economy so Schwab can Build Back Better. They have gone this far with shutdowns and all sorts of restrictions of the people and economies, all under the pretense of a virus that was made in a lab and has not been really dangerous like the plague or even that influenza. These measures might be applicable for the Black Plague where 30% to 50% of the population might die.

To now deny food to the unvaccinated is tyranny that not even Hitler did to the Jews he held in camps. At least he fed them while he was sterilizing them which is the dream of Gates, or until they were just gassed.

See also  After Vax mandate in Canada, one of the largest trucking companies shutting down Canadian operations, selling property.

There is NO WAY this will ever be resolved peacefully. All the protests around the world will never cause these ruthless politicians and those in government who support them to ever rethink of relent. Those who have questioned our computer’s forecast for civil war had better look out the window for this is nev er returning to normal.