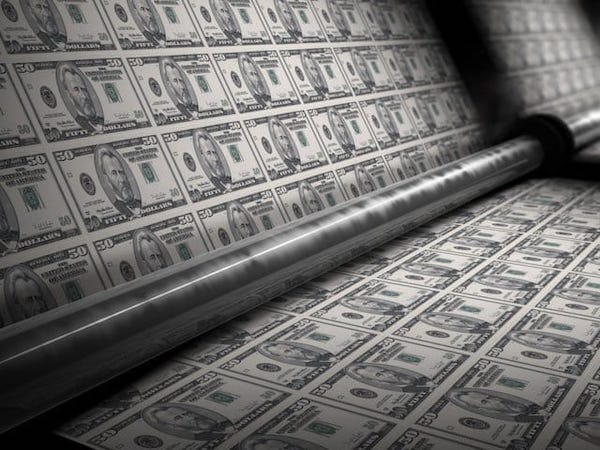 International Man: Recently, Christine Lagarde, the new European Central Bank (ECB) head, said the most incredible thing: “We should be happier to have a job than to have our savings protected… I think that it is in this spirit that monetary policy has been decided by my predecessors and I think they made quite a beneficial choice.”

Jeff Thomas: Well, I doubt very much if Mrs. Lagarde includes herself in her comment. She has no intention of losing her own savings, since she’s a member of the ruling class. What she’s saying is that the hoi polloi will have their savings absorbed by the banks and the state and that the hoi polloi should begin now to accept the idea.

As to the tone of the comment, it’s the old ploy of soft-soaping an event that’s going to occur soon, hoping that you can make it seem more palatable before implementing it.

It’s much like the old British comedies in which a woman, instead of saying, “My Mum’s coming to live with us,” says to her husband, “Wouldn’t it be nice to be seeing more of my Mum?” She then spends the rest of the play getting him used to the idea that Mum’s presence would be nice, without telling him that Mum is soon to arrive with her baggage.

Only, the bomb that’s soon to be dropped on Europeans and much of the rest of the world is a fair bit worse than having Mum come to stay. The plan is to remove all savings from the population – to get them accustomed to living hand-to-mouth. Ultimately, it’s the dream of all governments, but it’s often difficult to pull off. Understandably, people tend to rebel against it.

But any government understands that wealth and/or savings represent freedom of choice. The more money you have, the more control you have over deciding your own future. Therefore, a government that wishes to enslave its people will hope to create an economy in which the people have enough to live on but are unable to save. That keeps them dependent upon the government.

International Man: What do you think central bankers are signaling by saying that having a job is of greater importance than savings?

Jeff Thomas: Well, if it’s your intent to rob people of their savings, you might make the blow more palatable if you can convince people in advance that savings are not really so terribly important. Shift the emphasis to having a job.

Not to worry. The nanny state will look after the rest.

The “bomb,” of course, is negative interest rates, the elimination of cash, dramatic inflation and capital controls. Once the populace are locked into the banking system as the only means of facilitating the movement of money, they’ll be locked into the maelstrom that is to come: the systematic control and ultimate impoverishment of the population.

Picture yourself as a plant. At one time, your forebears lived in the wild, then later, in cultivated gardens, but in the future, the intent will be that you shall live as a hydroponically grown specimen, being fed exactly the water and nutrients that your growers prescribe to make you productive… and no more.

That’s essentially what governments tend to seek. If we bear in mind that government is, by definition, no more than a parasite, it stands to reason that any government would want to minimize its effort and expense, whilst maximizing what it can extract from its people.

International Man: Do you think there is currently a war being waged on savers and retirees? Who is involved and why?

Jeff Thomas: I wouldn’t tend to use the word “war.” I think of it more as a programme for greater control over the worker ants. It’s helpful to remember that, historically, leaders have always desired total control over their minions.

All that’s changed in the modern era is that technology now allows that to happen to a greater degree than before. In the future, banks and governments will have the technological ability to monitor every economic transaction you make, down to buying a drink in a vending machine. Once that total monitoring is in place, it’s just a matter of time before your government will begin to take charge of your expenditures, allowing or disallowing them.

Of course, it would be understandable for people in the present day to say, “Oh, we’d never tolerate that,” but it will not only be tolerated, it will be welcomed. The powers that be, through the media, will get people accustomed to the concept that some expenditures are related to terrorism and money laundering, etc., whilst others are racist, sexist and the result of “hate-think.” You’ll still be able to buy a drink in a machine, but you might not be able to move to the countryside or go abroad on holiday. Certainly, you wouldn’t be able to move abroad… and take your wealth with you.

This is nothing new in concept, only in the method of implementation. It’s the age-old totalitarian ideal.

International Man: What do you consider the big guns to be?

Jeff Thomas: Capital controls and migration controls. The capital controls will consist of restricting your money so that it can’t leave your home jurisdiction, so that you can’t have any meaningful control over what you do with it. And the migration controls will consist of a series of reasons why it’s non-patriotic or even criminal to go beyond your home-country’s borders. At first, this will mean that you can’t move abroad, but eventually, it will eliminate most or all travel abroad.

Years ago, I had the task of sheering sheep and I found out that the way to make it easy was to pen the sheep in. Then they give up and accept what you’re going to do to them. Likewise, governments understand that economic sheering is easiest if the sheeple are penned in.

International Man: How do people protect their savings in such an environment?

Jeff Thomas: The phrasing of that question makes it an easy one to answer. “In such an environment,” your goose is cooked. Once the gate on the pen is shut, that’s it. They can sheer at their leisure.

So, the obvious answer and, as I see it, the only rational one, is to escape from that environment before it’s fully instituted. Expatriate your wealth, no matter how great or small, to a country where the government is not building pens for the sheeple.

As the leading nations spiral downwards, there will be an equal and opposite reaction from a host of other countries – they’ll capitalise on the decline of the former “Free World” by creating opportunities for greater liberty within their own borders. They’ll see opportunity for themselves as havens, and increasingly, opportunities will pop up. Some will be temporary in nature, and in fact, some will be outright scams, but there will be others that will offer genuine long-term opportunity.

If I were living in an at-risk country, I’d liquidate everything and get the proceeds out as soon as I could identify a promising target country. Then I’d leave my home country and move to where liberty was on the increase, not the decline.

International Man: Conceptually, that makes sense, but it’s a rather daunting task. How does someone who’s not well-travelled figure out what countries will be to his advantage and which ones he should avoid?

Jeff Thomas: Well, begin by investigating their past history. Do they have a history of stable government? Of respecting the right to privacy and ownership with minimal regulations? Of minimal taxation and monetary controls?

In this category, you might find Singapore, the Cayman Islands, Lichtenstein and Uruguay to be potential choices.

Or do they have a history of governments that make wild swings between capitalism and socialism, between freedom and authoritarianism? Do the laws change dramatically depending upon who is now ruling the country? Do they welcome the expatriate and treat him as more or less equal within the law, or is he treated as an outsider to be bled of his money?

In this category, you might find Uganda, Nicaragua, Greece and Zimbabwe to be places to avoid. The odds are poor that in your lifetime, they’ll be places where you can thrive.

So, turn off the football game and the news. Instead, go on the internet and start investigating. When you’ve figured out a short list, visit your choices if you can. Then pick one where you might want to store your wealth and one where you think you’d most enjoy living.

As the present situation unfolds, you may possibly change your mind and move again, but at least you’d be more likely to be free to do so. You wouldn’t be standing in the pen wondering how they robbed you of your wool.

Editor’s Note: The economic trajectory is troubling. Unfortunately, there’s little any individual can practically do to change the course of these trends in motion.

That’s precisely why bestselling author Doug Casey and his colleagues just released an urgent new PDF report that explains what could come next and what you can do about it. Click here to download it now.