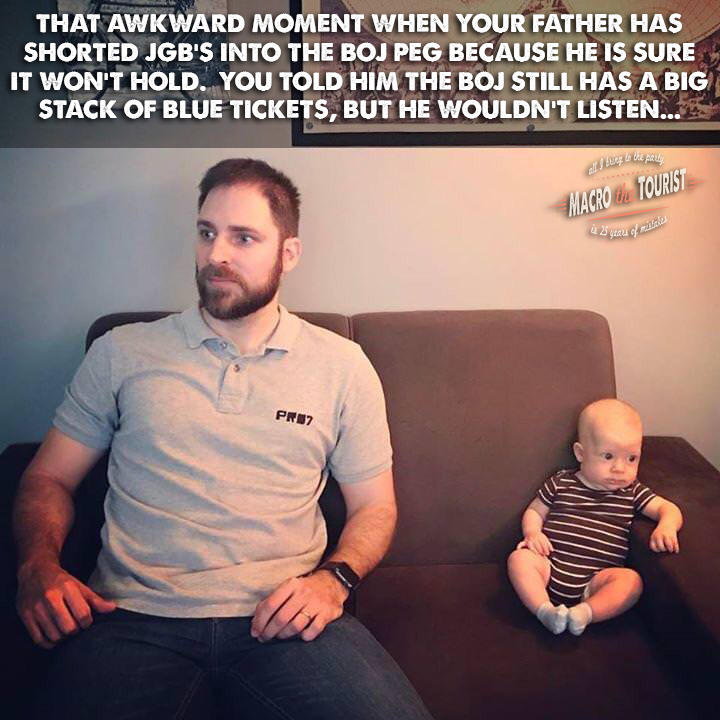 Last week, markets got all excited about comments from Bank of Japan Governor Kuroda that Japan’s inflation is “finally close” to the BoJ’s 2% target. Overnight, there were suddenly all sorts of articles speculating on the end of the BoJ’s extraordinary easy monetary stimulus.
This pattern happens time and time again. A Central Banker makes some conciliatory noises about how the economy is getting better, and then BAM! markets instantly start testing their resolve by pushing prices against the Central Bank.
And the recent market action has played out perfectly according to script. In the wake of Kuroda’s comments, JGB traders pushed the yield on the 10-year maturity right up against the upper range of the Bank of Japan’s yield target peg. How did the BoJ respond? In no surprise, instead of rolling over and allowing the market to dictate when the peg will end, the BoJ executed an open market operation where they bid 11 basis points for unlimited amounts of 10-year JGBs. Man, that must be a fun order for the BoJ traders to send down to their bond brokers.
“I am 99.90 bid the 0.10%’s of 27.”
“OK, paying 90. For how many?”
“unlimited…”
Someday this sort of Central Bank bravado will be punished, but that day ain’t today.
For now, markets don’t have the fortitude to break these Central Bank pegs, so interpreting some fleeting comment from a Central Bank governor as it indicates a policy change is the wrong play. Now I understand why this happens. Markets are rightfully scared about this possibility, but I almost think too many pundits are confusing their desire to have QE end with the message that Central Bankers are actually sending.
Whether it is the Bank of Japan defending of the peg, or the ECB’s comments regarding recent Euro strength, these Central Bankers are in much less of a rush to ease off the accelerator than the market believes.
They will overshoot. The Bank of Japan especially has adopted Paul McCulley’s mantra that they need to be “responsibly irresponsible.” The BoJ has been burned too many times assuming that the economic recovery has become self-sustaining, only to find that as soon as they withdraw stimulus, the recovery falls on its face. They aren’t going to make that mistake again. No, the mistake they make this time will be completely in the opposite direction. Which is why it is foolish to constantly be looking for Central Bankers to ease off. They will do so only reluctantly and much slower than the market expects.
And what does that mean? Probably more of the same unfortunately.
Here is a great chart created by a couple of Bloomberg reporters showing the 10-year JGB yield with previous interventions highlighted. 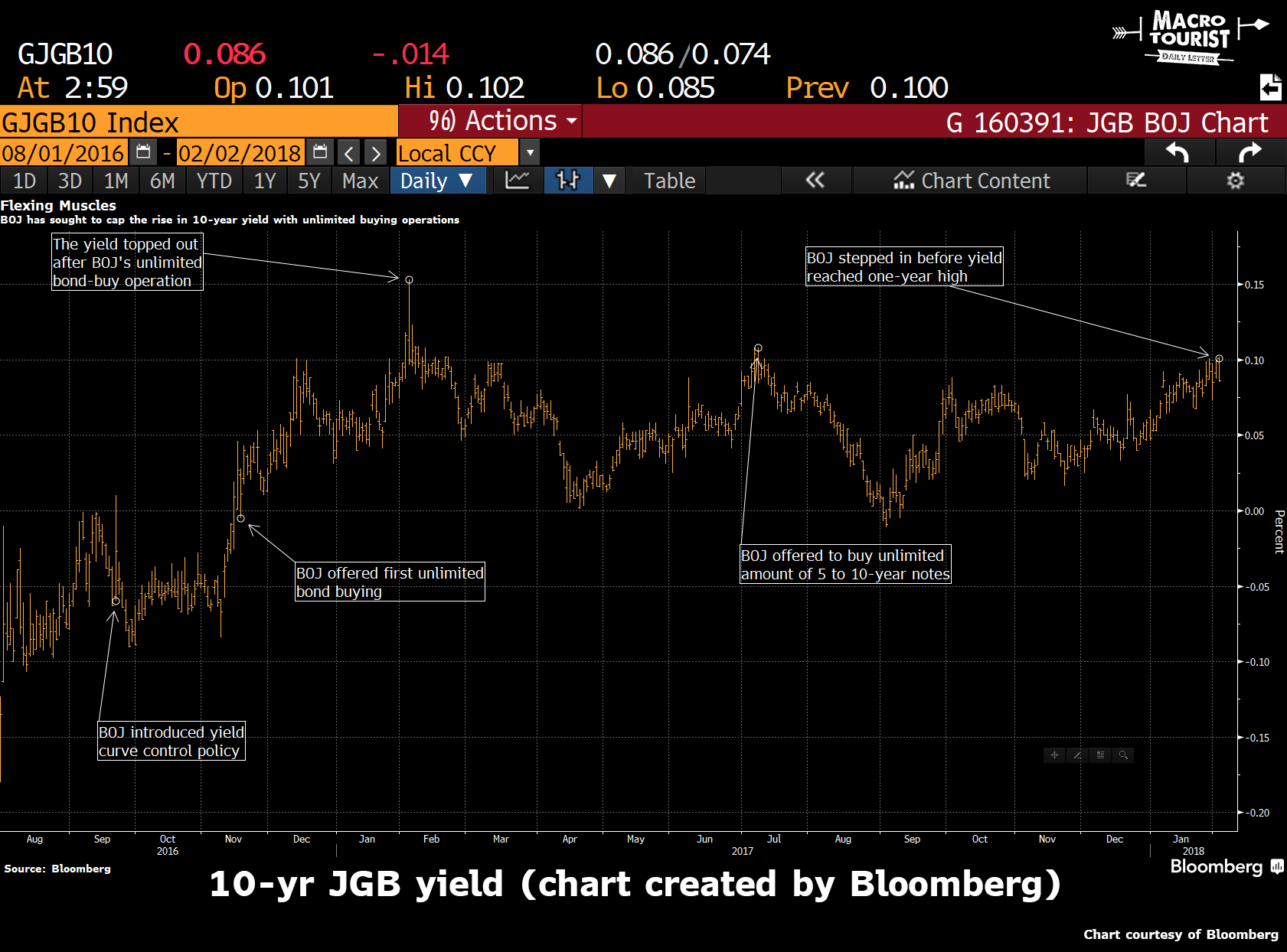 We’ve been here before. And both times it meant a rally in JGBs as the BoJ defended the peg.

IT’S NOT JUST THE BOJ AND THE ECB

By my reckoning, the S&P 500 is up approximately 35% since Trump was elected. We have all seen the myriad of DJT tweets bragging about his business acumen and how the Donald has gotten the stock market soaring again.
Now I ask you this – what will happen if we get a 10% correction? Or heaven forbid, a 20% or 30% swoon?
Can you imagine the pressure the Federal Reserve Board Members will feel from Trump’s tweets? Especially if the stock market declines because of overly tight monetary policy. And let’s face it. That’s always how these cycles end – it’s only a question of how many tightenings before it stalls.
Right now the US economy is outperforming expectations and stocks are exploding higher, so the Fed and Trump are best friends. But make no mistake. This will not last.
Last spring, former PIMCO portfolio manager Paul McCulley and Irish economist David McWilliams produced this terrific video titled The Coming War between Trump and the Fed. 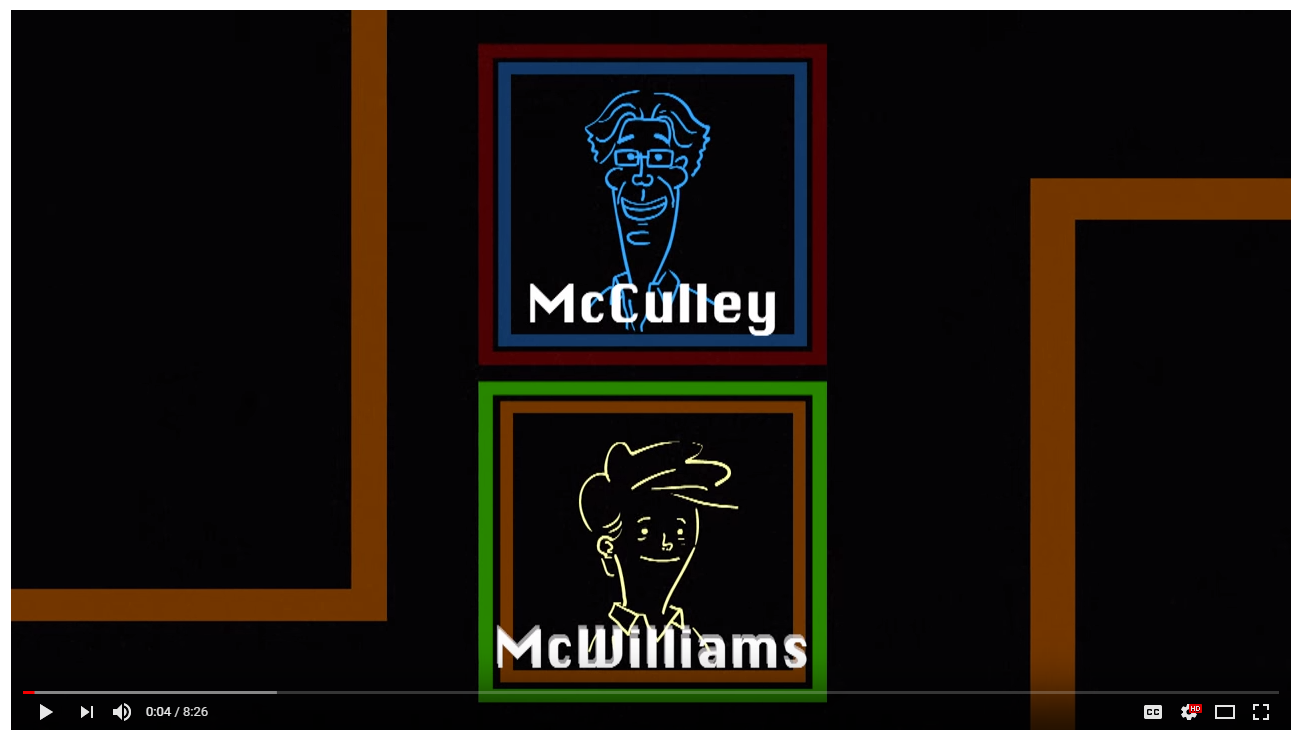 I think their McSquared production is a much watch. I am actually surprised it hasn’t become more popular, but I think too many market strategists don’t like McCulley’s easy monetary leanings. Personally, I understand their misgivings about solving the debt problem with hair-of-the-dog, but I have long given up hope that the financial system can be rebalanced through growth or austerity. Not only that, what I believe the correct monetary course is irrelevant. All that matters is the actual path. And to me, it’s clear. We are going to inflate. And therefore I suspect that McCulley type easy monetary policies will become all the rage.

In the coming years as the global economy strengthens, bond markets will increasingly price in hawkish monetary policy shifts. But Central Bankers will resist them. We have seen this already with both the ECB and the BoJ. They will err in raising more slowly than the market wants. Over the past couple of years, the Federal Reserve has obviously been an exception. They have gotten somewhat ahead of the market. Yet that’s now changed. Trump’s election was a momentous signal that populist policies are what the people want. And what does that mean? More inflation.
But inflation is exactly what sends bond prices lower and previously caused Central Bankers to tighten. Well, I am a seller that Central Bankers throughout the world tighten anywhere near as much as bond markets are worried about. And ultimately that’s what will cause yield curves everywhere to steepen, eventually hitting record wides. Yup – that’s what I believe. Before this coming bond bear market is over, yield curves will hit record steep levels…

It’s been a while since I have written about bitcoin. But I must admit, over the past month, it has been tough to hold my tongue as a bunch of Canadian speculative junior resource companies have switched from mining gold and silver, or drilling for oil and gas, to instead “mining” for bitcoin. The really frustrating part? For a while, the market was rewarding this sort of nonsense with a big boost in their share price.
Here is a press release from a typical “conversion”:

CALGARY, Alberta, Jan. 22, 2018 (GLOBE NEWSWIRE) – Iron Bridge Resources Inc. (“Iron Bridge”, “IBR” or the “Company”) (TSX:IBR) is pleased to announce the formation and launch of a wholly-owned cryptocurrency mining and hosting operation called Iron Chain Technology Corp. (“ICT”). ICT will own and operate cryptocurrency mining datacenters at Canadian oil and gas field sites, taking advantage of cheap, clean burning natural gas to generate its own electricity. As a result of this structure and the current Canadian gas price environment, ICT will benefit from some of the lowest cost power in the world.
“We are very excited to be joining the blockchain movement and together with our new technology team, we hope to contribute to the ecosystem by helping to increase transaction speeds and lower transaction costs,” said Iron Bridge Resources CEO, Rob Colcleugh. “Our IBR shareholders are expected to benefit from increased natural gas netbacks as we convert our clean, low priced gas to electricity and then direct that electricity to profitably mine cryptocurrency and host platforms for third-party mining equipment.”
Iron Chain Technology expects to begin operating its pilot cryptocurrency mining facility near IBR’s oil and gas operations at Elmworth, Alberta. ICT is already currently mining with equipment sourced and assembled by technology professionals who have been engaged by the Company. These professionals are IT systems architects who have extensive experience assembling mining equipment and have a history of profitably mining cryptocurrencies. ICT is providing hosting services for a limited amount of equipment from third-parties, and expects this to be a growth area for the Company. The Company is currently mining Bitcoin and intends to maintain flexibility with regard to the type of cryptocurrency coin that gets mined going forward.

I will leave it to my dear readers to decide the investing merits of both bitcoins and resource companies that switch from traditional mining and drilling to “mining” for bitcoins, but I did have reservations when I heard that Felderhof was getting back into the securities business. Supposedly his new company, CRE-Y, has a great land position right beside other bitcoin miners who have hit it big, and not only that, but rumour has it that he has discovered a big “deposit” of bitcoins – the likes of which were last seen in the early days of crypto… 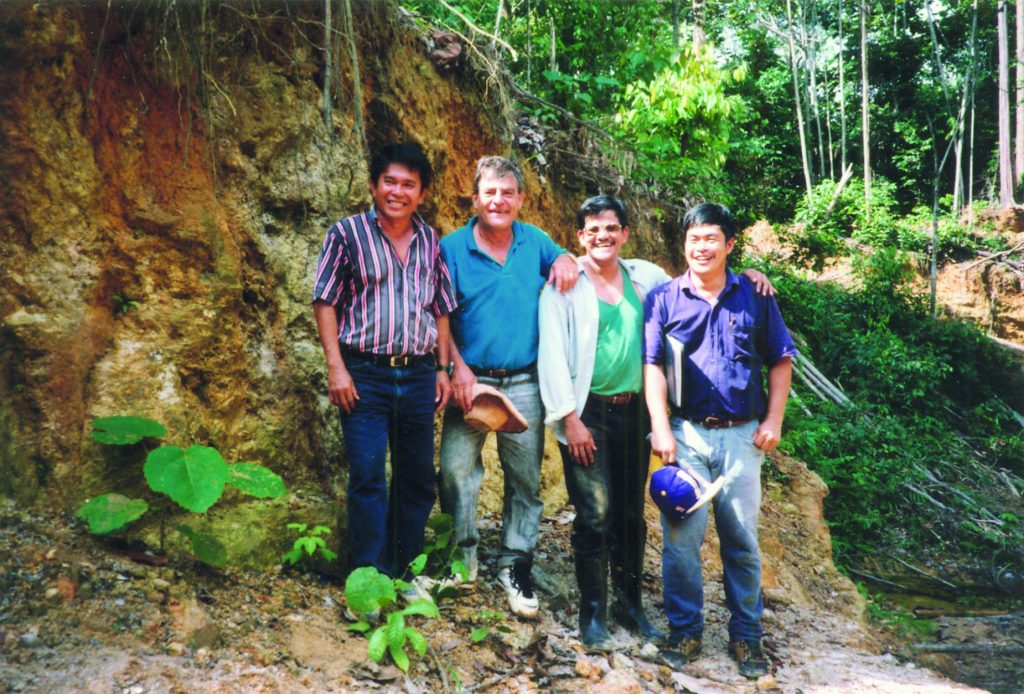 For those not familiar with the sordid history of Canadian mining stock scams, this last bit was written with tongue-firmly-in-cheek.