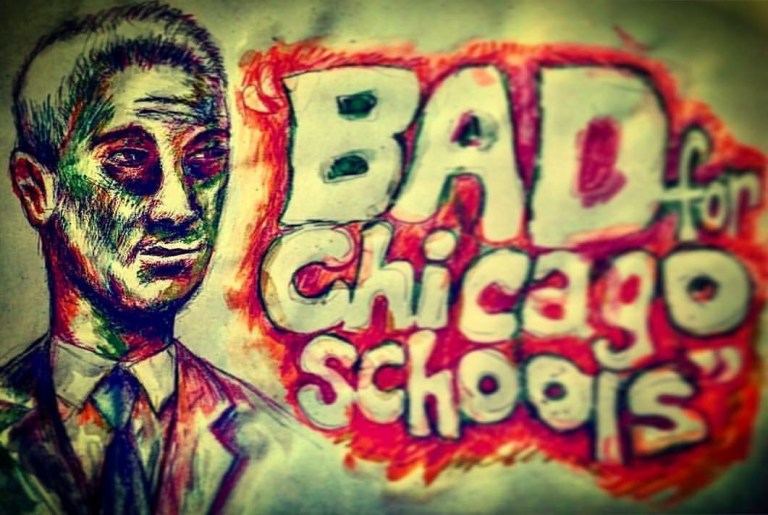 When AG Jeff Sessions announced that the Deferred Action for Childhood Arrivals (DACA) program was set to end, Chicago’s Mayor Rahm Emmanuel took the opportunity to further cement Chicago’s reputation as a city going downhill.
Racked by debt; unable to effectively manage its finances, and a shrinking population (due to people leaving in droves), Chicago is a perfect example of a city managed with a “progressive agenda” in mind.
Almost reveling in the opportunity to display his Liberal Credentials, Mayor Emmanuel, within hours of the announcement, held his own press conference to describe his plan for action:
“To all the Dreamers that are here in this room, and in the city of Chicago, you are welcomed in the city of Chicago. This is your home and you have nothing to worry about,” he began.
“Chicago, our schools, our neighborhoods, our city, as it relates to what President Trump said, will be a Trump-free zone. You have nothing to worry about.”
“So, to all those who are part of what are referred to as DACA, or ‘Dreamers’, you will always be ‘Dreamers’ in the eyes of the city of Chicago because you have big dreams and we want to be a part of those dreams,” Emanuel said.
Is this the response of a serious politician? Is there anything in here that looks set to even remotely benefit the citizens of Chicago? The fact that even mentions the Chicago schools being open to more students shows a complete lack of reality. Just this year: “State legislators also failed to approve a stand-alone kindergarten through 12th-grade education budget that was vital to the operations of the financially struggling Chicago school system, Reuters reported. A $15.7 billion bill to ensure schools open in the fall passed the Senate but was soundly defeated in the House.”
People are leaving Chicago (and Illinois). Of the nation’s 10 most populous cities, Chicago was the only one to actually see a drop in population (and this if for the second year in a row).
Check out this assessment by the Chicago Tribune:
“The Chicago metropolitan area as a whole lost 19,570 residents in 2016, registering the greatest loss of any metropolitan area in the country. It’s the area’s second consecutive year of population loss: In 2015, the region saw its first decline since at least 1990, losing 11,324 people. By most estimates, the Chicago area’s population will continue to decline in the coming years.”
And here are the main reasons:
“Over the past year, the Tribune surveyed dozens of former residents who’ve packed up in recent years and they cited a variety of reasons: high taxes, the state budget stalemate, crime, the unemployment rate and weather. Census data released Thursday suggests the root of the problem is in the city of Chicago and Cook County: The county in 2016 had the largest loss of any county nationwide, losing 21,324 residents.”
Yet the Mayor is set to go head to head with the Federal government.
Chicago has a place in almost everyone’s heart, amazing history, sports, people, and culture…and it’s all being flushed away by economic mismanagement and disastrous policies designed to help anyone but American citizens.