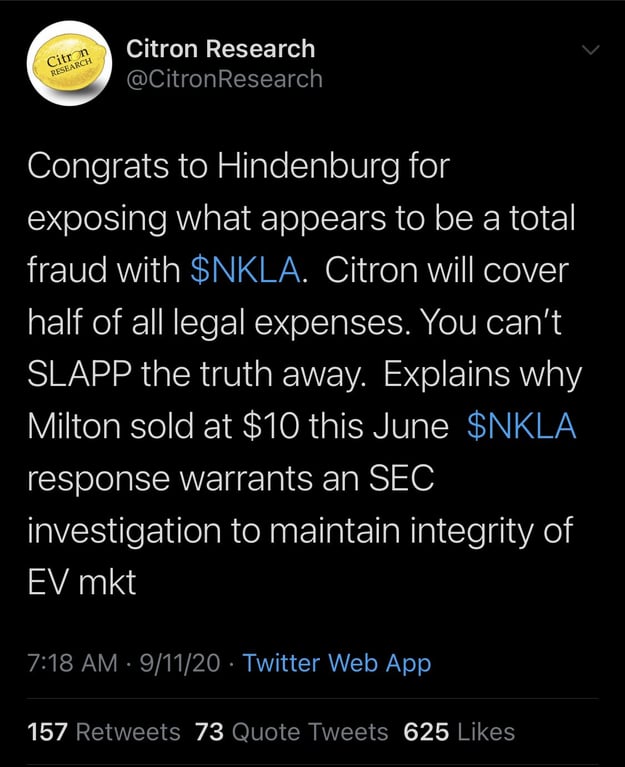 “Today, we reveal why we believe Nikola is an intricate fraud built on dozens of lies over the course of its Founder and Executive Chairman Trevor Milton’s career.

We have gathered extensive evidence—including recorded phone calls, text messages, private emails and behind-the-scenes photographs—detailing dozens of false statements by Nikola Founder Trevor Milton. We have never seen this level of deception at a public company, especially of this size.

Trevor has managed to parlay these false statements made over the course of a decade into a ~$20 billion public company. He has inked partnerships with some of the top auto companies in the world, all desperate to catch up to Tesla and to harness the EV wave.

We examine how Nikola got its early start and show how Trevor misled partners into signing agreements by falsely claiming to have extensive proprietary technology.”