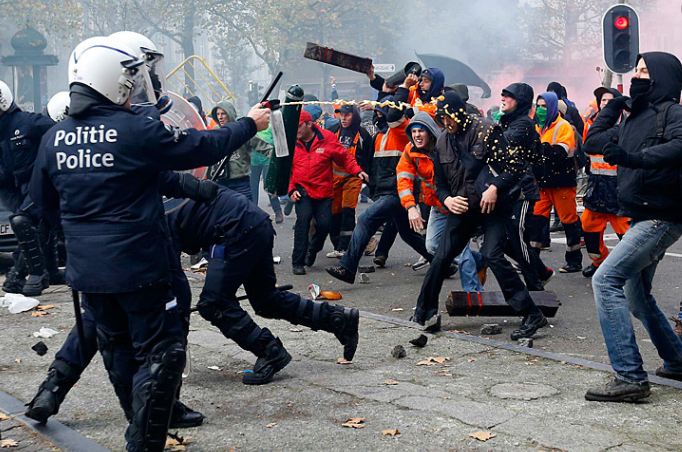 Violent riots broke out in the Belgian city of Anderlecht last weekend. Violence erupted Saturday afternoon, with groups of migrants throwing rocks and glass at police officers, according to reports. One man is said to have fired three shots in the air from a gun that appeared to have been stolen from the police. All the studies show you cannot lock people down. They will begin to become violent after 4 to 6 weeks. This fake attempt to use a virus that has not proven to be even as lethal as the annual flu will have serious implications in rising civil unrest. You will NOT be able to keep people locked down for 18 months as Bill Gates is insisting.

On April 23rd Ramadan begins. I do not think they will be able to maintain this lockdown as they will witness rising tensions in Europe.