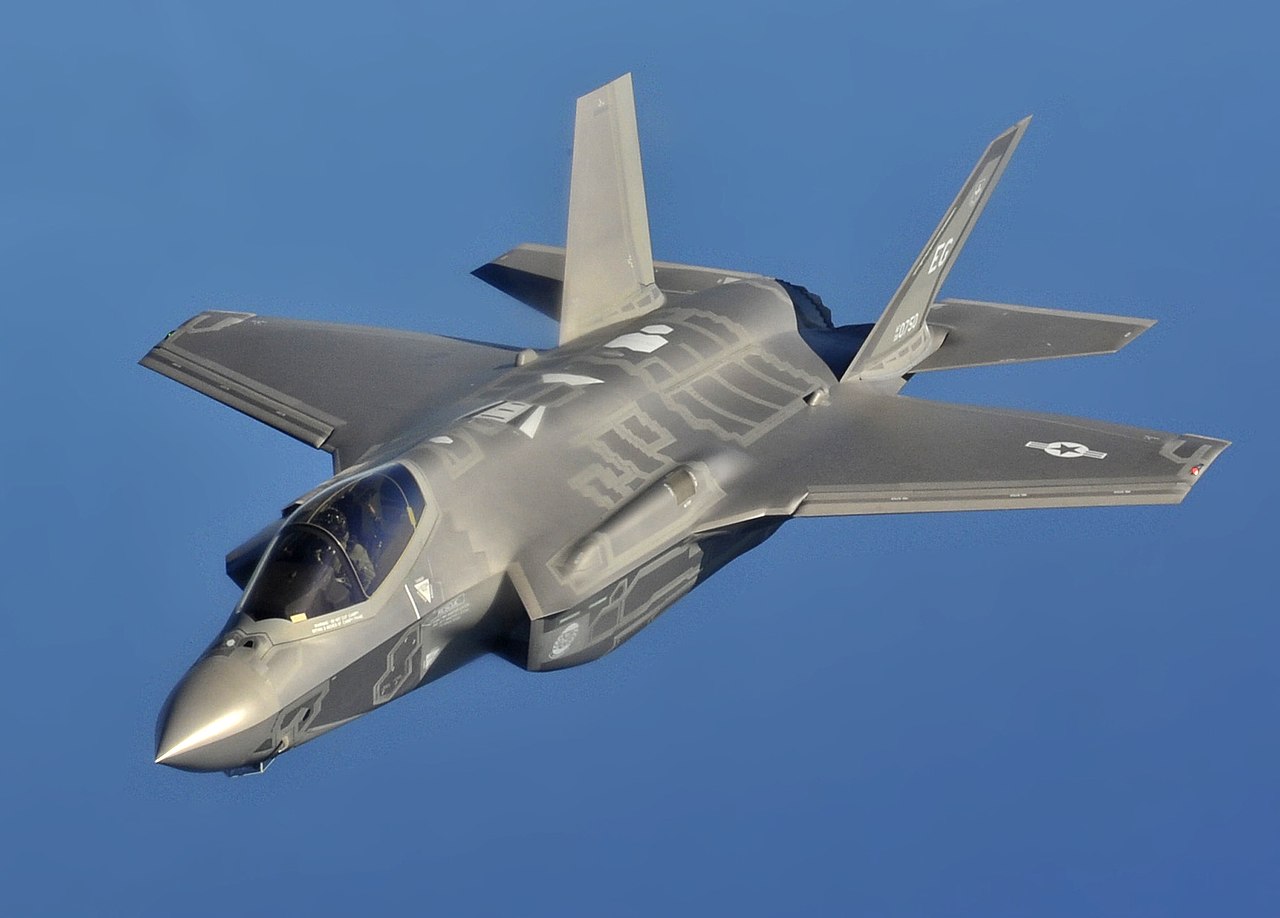 When everything else fails, they take us to war! As Gerald Celente used to say, it’s first financial calamity (monetary wars, trade wars) and then world war. As per a Thursday article from Jerusalem Post, Israeli F-35 stealth fighter jets entered Iranian airspace undetected over the past month. J-post quotes Kuwaiti newspaper Al-Jarida, which claims that according to its sources, the US made F-35 Adir stealth fighters flew over Syria, then Iraq (they conducted military operations) prior to entering Iran’s airspace. What’s most worrying is that the Israeli fighters actually targeted (whatever that means) locations in Abbas, Esfahan and Shiraz, and they allegedly escaped undetected by Iranian air-defense, which is basically a Russian-made radar using Russian made SAM systems. The jets were reportedly cruising at high altitude over an area in the Persian Gulf (read Iran) suspected to be associated to Iran’s nuclear program.

The Kuwaiti newspaper doesn’t mention if the Israeli operation was prepped with a little help from uncle Sam, considering that the US Army and the IDF conducted joint exercises recently, which were the biggest air-defense exercises in history, involving more than 2500 US military personnel.

Also, a US general went on record not so long ago, enthusiastically saying that US troops are ready and willing to die for Israel’s defense. Here’s General Clark quoted by Jerusalem Post:

“As far as decision-making, it is a partnership,” he continued, stressing nonetheless that “at the end of the day it is about the protection of Israel – and if there is a question in regards to how we will operate, the last vote will probably go to Zvika [Brig.-Gen. Zvika Haimovitch, head of the IDF’s Aerial Defense Division]. Washington and Israel have signed an agreement which would see the US come to assist Israel with missile defense in times of war and, according to [Israeli commander] Haimovitch, “I am sure once the order comes we will find here US troops on the ground to be part of our deployment team to defend the State of Israel. And those US troops who would be deployed to Israel, are prepared to die for the Jewish state, Clark said. “We are ready to commit to the defense of Israel anytime we get involved in a kinetic fight there is always the risk that there will be casualties. But we accept that – as every conflict we train for and enter, there is always that possibility,” he said.”

As per the Jerusalem Post article, the Israeli F-35 stealth jet fighters entering Iranian airspace signal a huge escalation in diplomatic tensions in the region, especially considering the recent attacks in Syria, when the Israeli air-force lost an F-16 fighter while engaging twelve Iranian military targets in the country, together with Syrian military positions. The attack was a provocation following an alleged “border security” incident, i.e. an Iranian surveillance drone shot down over Israeli airspace.

As Israel seems to be looking for a reason to spark a military conflict with Iran, whether false flag or legitimate, there are rumors about the terrorist group Hamas (backed by Iran) planning a mass demonstration of sorts near Israel border tomorrow (on Friday). According to US officials and various experts, such a move from Hamas may signal the beginning of a new war with Israel just before the Passover holiday. After Hamas’  recent unprecedented military exercise, its leaders called for Gaza Strip residents to engage in mass demonstrations along the Israeli border as the Jews are preparing for the Passover holiday which starts on Friday evening. The experts believe the mass demonstrations to be a cover for a possible Hamas mass military campaign against the Jewish state. The Trump administration fears that Hamas would use Gaza Strip civilian protesters as human shields while they attack Israeli forces, as they did in the past. The thing is, Israel seems ready and willing to strike both Palestine and Iran, which is the biggest supporter of Hamas, and a war between Iran and Israel could be easily triggered by the mass protests this weekend, so stay tuned. Now, if you ask me, if Iraq allowed the Israelis to use its airspace for their military exercise, the Iranians would have been notified ASAP, so this whole thing smells like Psyops to me. Always remember: all wars are bankers’ wars. When economic collapse cannot be averted anymore, they take us to war.